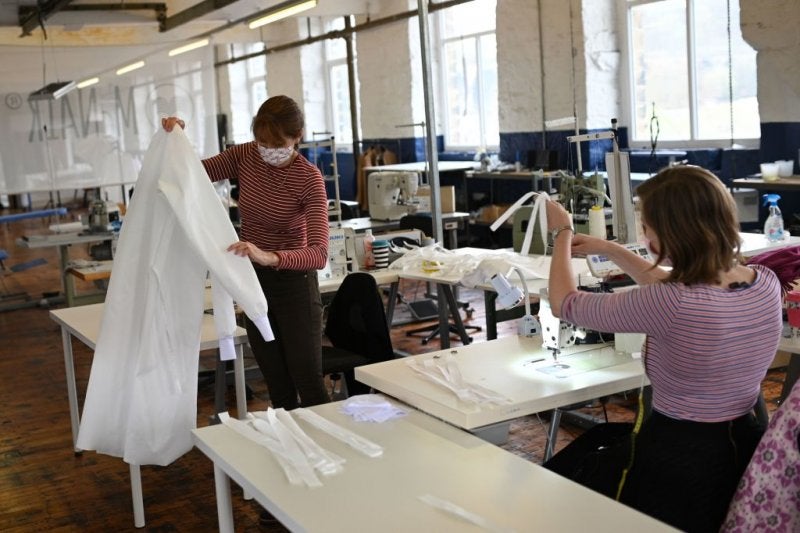 This morning started with warnings that hospitals were desperately short of personal protective equipment for staff – and nothing that happened during the day will calm those fears. Health Secretary Matt Hancock said the supply of gowns was “tight”, and that the government wanted to buy more from overseas, while a Public Health England document leaked to the Guardian set out plans for doctors and nurses to treat Covid-19 patients without wearing full-length gowns. That guidance would put staff at risk, the British Medical Association said.

At today’s government coronavirus briefing, the Business Secretary Alok Sharma announced a new vaccine taskforce, set up to ensure a vaccine is developed as quickly as possible. The taskforce, headed by the government’s chief scientific adviser Sir Patrick Vallance and deputy chief medical officer Professor Jonathan van Tam, would support vaccine research and ongoing trials, but Vallance himself warned that most indvidual vaccine efforts would fail. “We just need to back lots of horses at the moment,” he said. The announcement came after the head of the nationwide Recovery trial, the world’s biggest trial of potential Covid-19 treatments, said he expected answers by June.

In other news, the Treasury extended its scheme for paying furloughed workers up to £2,500 a month. The scheme will now run until the end of June, marking a one-month extension.

Lastly, former WHO director Anthony Costello, who is professor of global health at UCL, said the UK’s coronavirus death toll could reach 40,000 during the virus’s first wave, which would make the nation the worst affected in Europe. The death toll currently stands at 14,576.