The number of new global daily cases of coronavirus has fallen to 74,731, down by 8,889 compared to the same time last week, and deaths in the US appear to be reaching their peak.

A total of 3,698 new deaths were reported worldwide yesterday, down from from 5,594 the week before. The figure has declined each of the past three days.

All five of the countries we are tracking saw their daily deaths fall over the weekend, though weekends often cause a lag in reporting. However, looking at a rolling average over the past seven days, new deaths in the US are showing signs that they may have reached a peak, and there is a definite downward trend in hospital deaths in the UK.

In the UK, Italy, France and Spain, the number of daily deaths is dropping at a slower rate than it initially rose by. 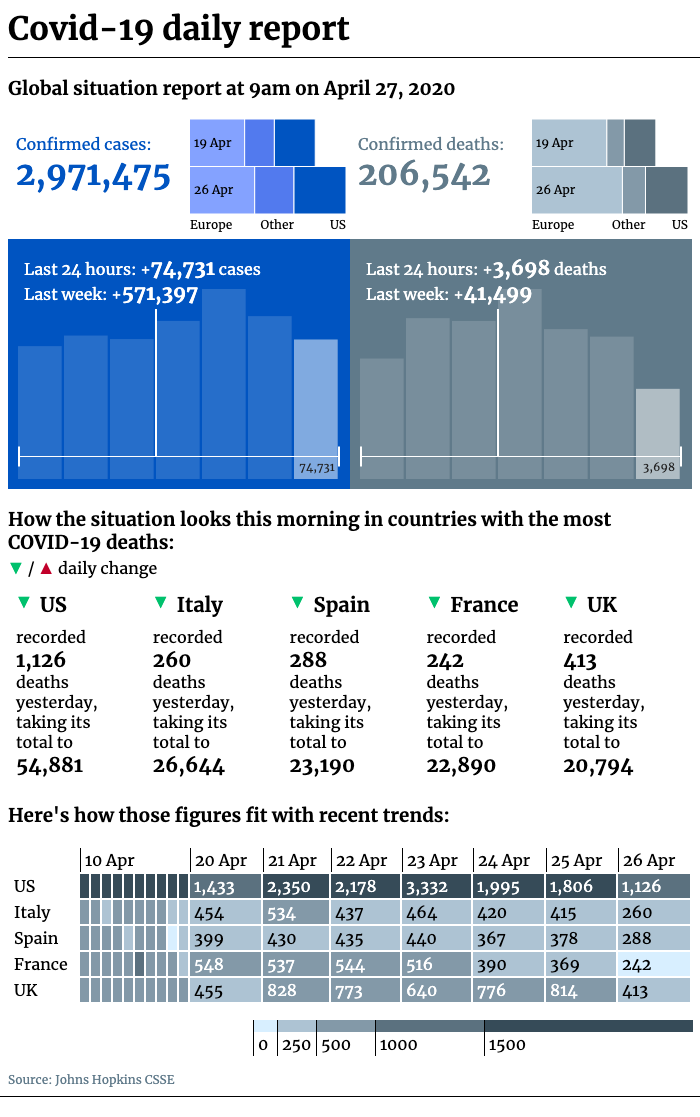