New cases of Covid-19 are beginning to drop in England – but Scotland, Northern Ireland and Wales are yet to show a noticeable decline.

The good news is the UK as a whole is beginning to “flatten the curve”, meaning cases are being spread over a longer period, which improves access to healthcare and relieves pressure on the NHS.

The bad news is that in Northern Ireland, Wales and Scotland aren’t yet seeing a noticeable decline in cases, with numbers in Northern Ireland continuing to trend upwards slightly. However, in all three areas the curve remains relatively flat, and they are still on course to have far fewer cases overall than London or the South East of England.

The chart below uses a rolling weekly average of coronavirus cases, which smooths out any sharp increases or declines that can occur as a result of delayed reporting (for example, immediately after weekends). 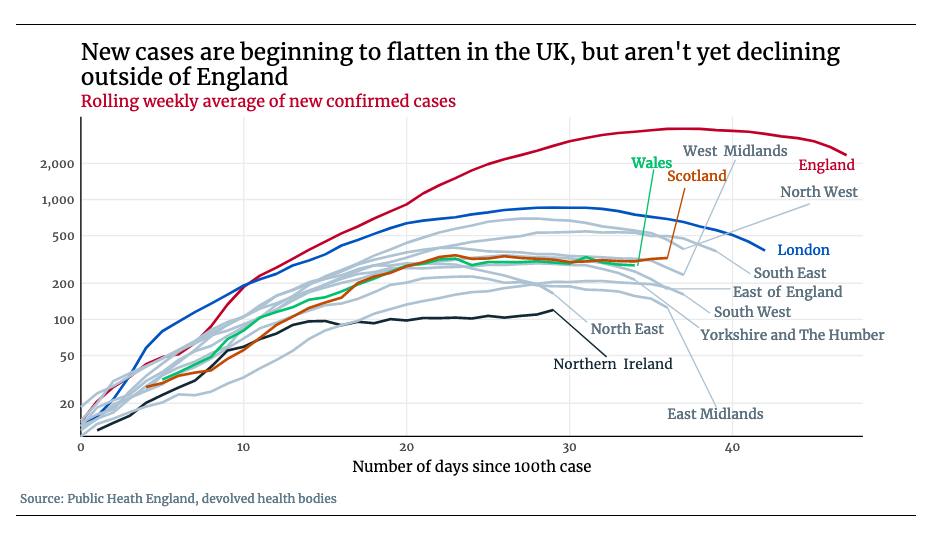 The data on confirmed cases can be skewed by the number of tests being done, so perhaps a better way to analyse trends is via death tallies. Unfortunately, this data isn’t being routinely published for the devolved administrations.

Across all the regions of England, however, there are clear signs that deaths are beginning to fall. London has recorded a particularly rapid decline. The average number of new deaths in the capital – which has been consistently the worst-hit region in the country – has dropped to almost the level of the Midlands.

The North East and Yorkshire, which started off second to London, has seen its curve flatten out and begin to drop.

The East of England seems to be following almost the exact same curve as the South East, while the South West is seeing the smallest number of new deaths.

The data on deaths in hospitals lags behind new cases because of the time between people testing positive and succumbing to the disease.

NHS England also says that data for the past five days is likely to be updated because of a delay in processing deaths, so any trends within that time could be artificial. We’ve flagged this period up with dotted lines in the chart below. 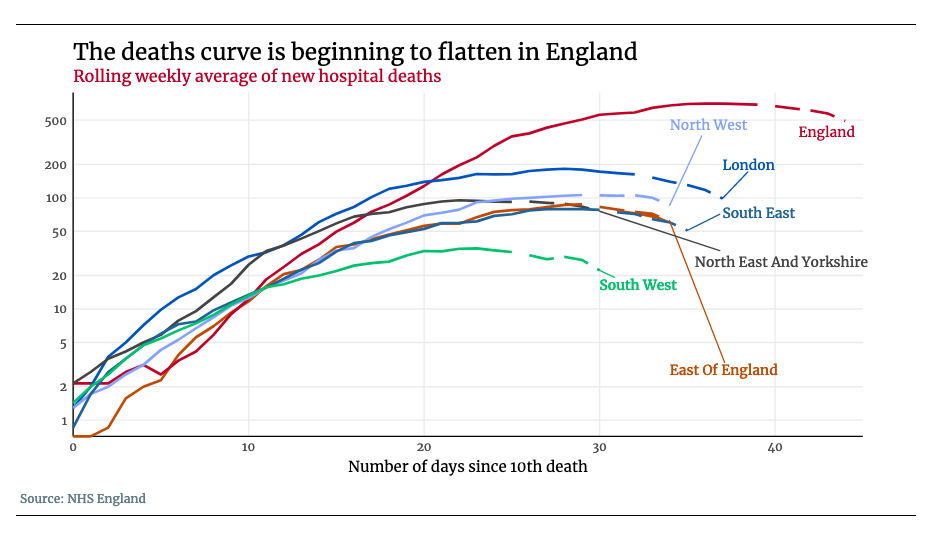