Daily deaths from Covid-19 in America have risen for the second day in a row to record levels. There have now been more than two million confirmed cases across the world – with both cases and deaths surging yesterday. That followed a drop in the figures during and just after the Easter weekend. The drop may have represented less efficient reporting during the holiday period rather than a “true” fall in cases. While America is now seeing by far the most daily deaths, there are signs the UK may be joining Italy and Spain in having passed the peak. Some 765 new deaths were reported in the UK yesterday – down from 782 the day before. 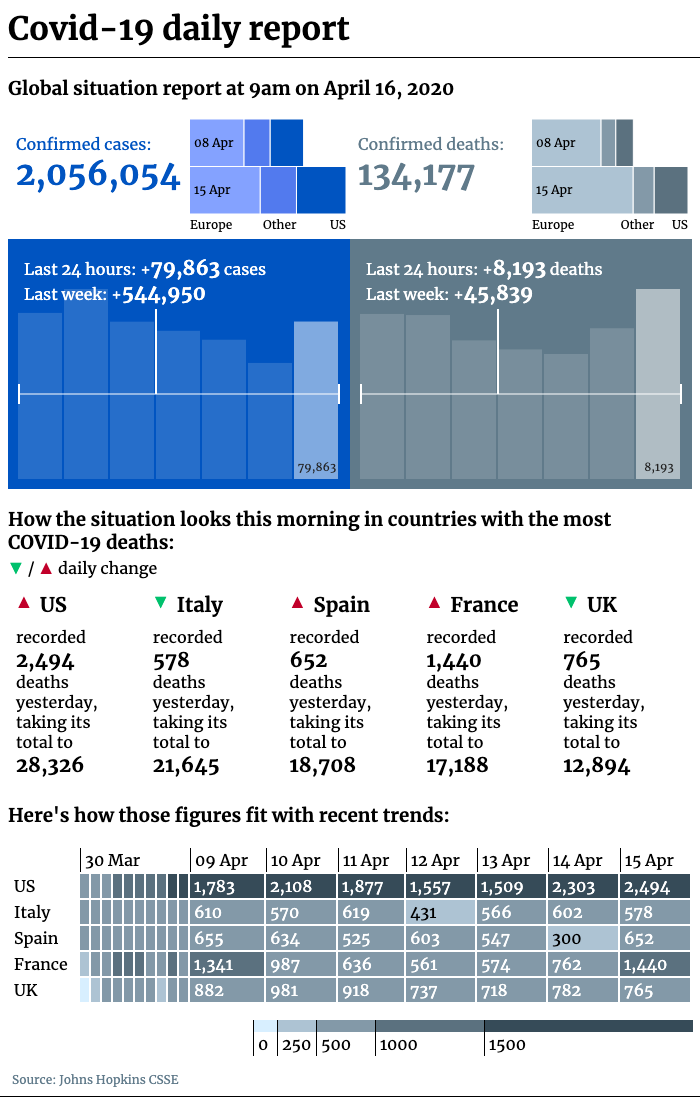