This week the Prime Minister responded to a direct question about whether changes to migration policy might help to address labour shortages by talking about those arriving in small boats across the Channel. This is an attempt at misdirection. And the government’s kite-flying about a “crackdown” on foreign students appears to be another one.

Almost certainly, both attempts are doomed. As British Future, the equality think tank, has repeatedly pointed out, most people don’t think of foreign students as “immigrants” at all. They are certainly not top of anyone’s concerns on the topic, except perhaps a xenophobic minority who object to people – even relatively well-off and well-educated ones –coming here from “poor countries” like India and Nigeria.

That restricting foreign students is self-defeating from an economic perspective is obvious. It directly contradicts one of the key parts of the UK’s post-Brexit economic strategy; as recently as May the government reaffirmed its objective to increase the number of international students here to 600,000, which would in turn help to increase education exports to £35bn. Indeed, the progress made towards this target is one of the few bright spots in the UK’s otherwise dismal trade performance.

Moreover, the benefits of this don’t just accrue to the national economy and to the universities themselves. Elementary economics tells us that the “lump of labour” fallacy is wrong – there is not a fixed number of jobs, and immigrants don’t reduce employment prospects for natives. Similarly, so is the “lump of places” fallacy; international students expand educational opportunities for young Britons rather than reducing them. Numerous reports – including by the government’s own independent advisory committee – have concluded that, far from displacing British students, international students and the fees they pay cross-subsidise domestic students and research, and there are wider benefits resulting from a more diverse student body. 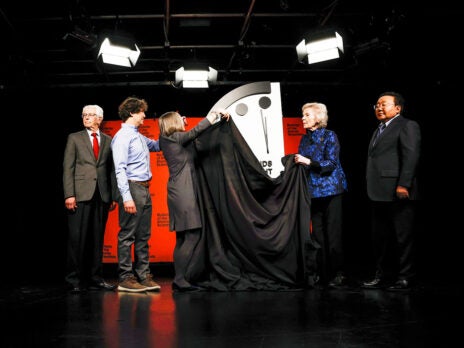 The most puzzling, and potentially damaging, suggestion is that restrictions would be implemented only for students not attending a “top university”. In other words, King’s College London, where I teach, would continue to be able to recruit from abroad as it wished; universities with lower entry requirements, often in more deprived areas, would not.

This would mean that international students would be increasingly concentrated in elite universities. Over time, particularly if tuition fees paid by domestic students continue to erode in real terms, this might indeed have the impact of squeezing out British students, who would be relegated to universities below the top tier. Given that it is precisely those universities who would be hit by the new restrictions that are in a more difficult financial position, and therefore more reliant on income from foreign students, those institutions are likely to have to reduce either the number or quality of the courses that they offer. If, that is, they were to stay in business at all.

So the best UK universities would be forced to rely even more on international students, who’d come into less and less contact with their British counterparts. Meanwhile, there would be fewer and lower-quality institutions for British students, and some places – almost certainly those in more deprived areas – might lose their university entirely. It’s hard to think of a policy that would be better targeted at reducing social mobility and more damaging for “levelling up”.

[See also: Learning for its own sake is lovely, but that’s not all university is for]

Jonathan Portes is professor of economics at King’s College London. He was previously director of the National Institute of Economic and Social Research.