A prime minister has arrived in No 10 with, for the first time in living memory, a promise not to cut government borrowing – but to rapidly expand its size and scope, to the reported tune of £100bn. Liz Truss’s indifference to the one-time sacred cows of government debt and the deficit follow the trail blazed by Boris Johnson, whose antipathy to austerity was allowed free reign during his premiership. After Brexit, after the terrific fright of the 2017 election, the Tories realised the game was up for spending cuts: even the relatively well-off might, by 2016-17 have started to detect a certain inadequacy in the provision of public services, from schools to local authorities. Johnson immediately increased real terms spending, even prior to the pandemic, and went on to win an election with the promise of further rises.

The pandemic saw borrowing reach extraordinary new levels, unheard of outside of wartime; and yet the sky did not fall in, bar some alarming wobbles in the markets for government debt early in March 2020. Borrowing rose, and the Bank of England’s ever-ready supply of quantitative easing (QE) rose alongside it: every increase in the scope of its electronic money-printing almost exactly matching every increase in the scope of government borrowing for 12 months of lockdowns and emergencies.

The cynics among us might well think this is little more than monetising the debt, and, but for the roundabout route the fresh QE monies take when entering the wider economy, the difference between the pandemic-funding exercise and the government simply running a big old printing press in the National Mint is not as large as we like to pretend. Certainly, thinking along these lines seems to have caught hold of the Tory imagination: it is startling to find Jacob Rees-Mogg, recidivist former hedge fund manager, casually informing a TV interviewer that, since the government debt purchased as the other side of the QE operation is owned by the Bank of England, and since the Bank of England is owned by the government, really the government just owes money to itself – which is to say, the government does not really owe this money to anyone. He’s right, but it’s a strange new world for those of us more used to Tories itching to cut spending and balance books.

Likewise talk of major tax cuts, seemingly without spending cuts to match, present a radical revision to the insistence that the one must follow the other. Finally, to find the chancellor-to-be, Kwasi Kwarteng, paying lip-service to the idea of central bank independence and then, in almost the same breath, undermining independence by noting that “coordination across monetary policy and fiscal policy is crucial”. 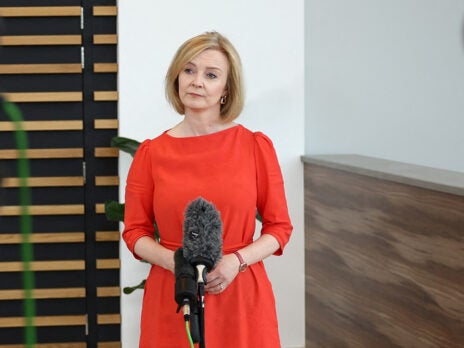 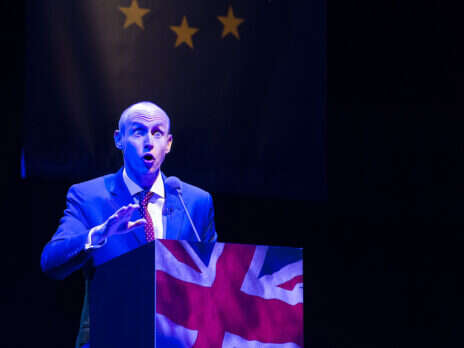 No, Daniel Hannan, sterling isn’t crashing because the markets are scared of Keir Starmer

This is a new, determinedly different style of Tory macroeconomics. It sounds like nothing so much as an edition of “Modern Monetary Theory” (MMT), a twist on old-fashioned Keynesianism that briefly became popular during pre-pandemic austerity. MMT stresses the lack of any need for governments to raise taxes before spending money, the indifference between different sources of government revenues – whether taxes, borrowing, or issuing money matters little in MMT-land – and, as a result, provides what appear to be appealingly counterintuitive arguments against spending cuts.

Usually unspoken, but crucial to the exercise, is a firm belief in the absolute authority of the monetary sovereign: that if a country can issue its own currency, like the UK, it need never fear default and therefore need never fear running out of public spending money. Admittedly, this theory does tend to gloss over the relationships between countries, where one country’s currency may become worth somewhat less, in relation to any others.

Borrow what you like, treat monetary policy as secondary to fiscal, cut taxes for the rich if you want: for those watching the new Tory macro doves in action, it all sounds familiar. Trussonomics is unlikely to go full MMT any time soon. But if its advocates ever feel they need a theoretical bolster for their grab-bag of Keynesianism and supply-side economics, Tory MMT stands ready and waiting.

[See also: Liz Truss has no moral right to be Prime Minister]