While millions were watching coverage of the Queen’s funeral over the long weekend, a different sort of tragedy was unfolding in Leicester, away from the public gaze.

After weeks of rising tensions clashes broke out between gangs of Hindu and Muslim men. Police arrested dozens of people. It has also now become an international incident, with the Indian government jumping in. It’s not the first time violence has erupted like this, and it won’t be the last time, so it’s worth paying attention to.

First, a brief timeline. The first incidents happened on 28 August after a cricket match between India and Pakistan. Groups of young India fans started roaming Leicester streets chanting “Pakistan murdabad” (death to Pakistan) and assaulted at least one bystander. A few days later Hindus from Leicester shared videos of a gang of (presumably Muslim) men attacking property and people in a Hindu-dominated area of the city, apparently in retaliation for the cricket day violence. That’s when it started getting out of control.

British Hindu groups started claiming that Muslims were targeting them across Leicester and saying that they needed help to defend the community. On Saturday 17 September a mob of dozens of masked men started congregating and marching in Leicester, chanting Hindu slogans. Some were also accused of carrying weapons. This prompted dozens of Muslim men to organise a counter-march, and the disturbance continued on Sunday and led to more arrests.

Women shouldn’t have to depend on loyalty cards for diagnosis 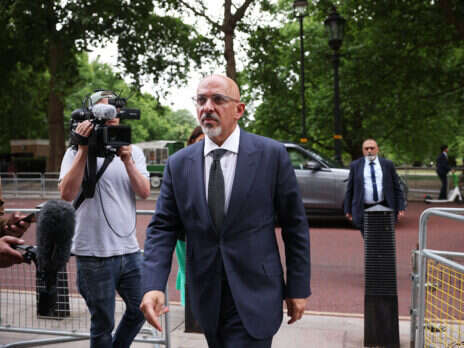 Leicester police seemed to be caught flatfooted and failed to anticipate how quickly this would become a national and then an international incident through social media. WhatsApp, Twitter, Facebook and Instagram were all used to mobilise Hindus and Muslims across the UK to come to Leicester and “defend the community”. India’s largely right-wing media quickly jumped on the conflict as an example of how innocent British Hindus were being targeted by Muslim extremists, neglecting to mention the Hindu mobs.

Most worryingly, this is another example of how rising Hindu nationalism in India, which has frequently been directed against religious minorities such as Muslims, Christians and Sikhs, is exporting tensions abroad. India’s ruling party, the BJP, is committed to the idea of creating a nation for “Hindus first”, an ideology espoused by its founding fathers, and has used religion to attack minorities and critics.

The threat of rising Hindu nationalism in India cannot be ignored abroad, because it has repercussions in Western countries too. In 2019 I reported that BJP activists in Britain were stirring up hatred against Muslims and pushing British Hindus to support the Conservative Party. In July 2019 Canadian intelligence officials also warned of potential interference from the BJP government in Canadian elections, such as the promotion of misinformation. In 2021, after tensions rose during farmers’ protests in Punjab, British MPs warned the home secretary of tensions in India, inflamed by the BJP, being exported here.

What happened in Leicester wasn’t one-sided. Muslims desecrated Hindu religious symbols and some posted racist rants to social media. This is more a story of how political rivalry can quickly escalate into interfaith conflict through social media and misinformation. Most of those gangs of men roaming Leicester were said to be from outside the city, looking for trouble and attention. Both Hindu and Muslim groups have been trying to exploit these tensions to attract support.

Police forces also need to have better plans of action to understand and defuse such tensions, which is why local community engagement really matters. Leicester police were caught off guard (I suspect the Queen’s funeral was partly the reason).

The tensions in Leicester weren’t a failure of diversity and multiculturalism, though it would be absurd to pretend this was a shining example. Gangs of men looking for trouble and attention is a story that’s old as society itself. But we must stay vigilant. Building an inclusive and peaceful society is hard work and requires confronting troublemakers from our own midst.

Topics in this article : Nationalism , pwfree