I’m going to be honest with you: I didn’t watch Laura Kuenssberg’s BBC politics show yesterday morning. I didn’t even click on the Joe Lycett clips when they first started doing the rounds. I’ve nothing against him, or against her: I’d just assumed that it would be more of the same.

I used to do ballet when I was a kid, and it’s what the Sunday shows usually remind me of. It’s all choreography. A minister comes on; doesn’t really say anything; the MP representing the opposition whinges that nothing was said; a journalist puts the non-quotes into context by talking about what they’ve heard in parliament recently. Demi-plié; grand plié; relevé; fondu.

Sometimes there is a comedian on the panel too; they gently poke fun at the politicians, everyone laughs politely then moves on. But this isn’t what Lycett did on Kuenssberg’s show when the latter interviewed Liz Truss. While Truss failed to provide details of her plan to help Britons with their energy bills, he sarcastically whooped and cheered in the background.

“I thought she gave great clear answers. I know exactly what she’s up to,” he said, enthusiastic and deadpan. “She was very clear what she said! I think we know exactly what’s going to happen.” 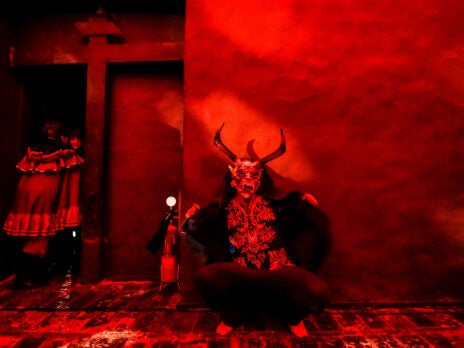 It wasn’t especially funny; it mostly felt a bit jarring. That was presumably the whole point. Lycett is a comedian but he has never shied away from being political. He wanted to make a point and he made it deftly.

He has since been criticised, of course, but it is worth thinking about goals and how we achieve them. Lycett wanted to go on the show and, one assumes, make the point that Truss’s vagueness on the cost-of-living crisis is causing unnecessary stress to many.

He could have said it in those words, but there would have been little point. Labour’s Emily Thornberry was on the panel as well; it was her role to earnestly go on the attack. He could have made some jokes about it, but it isn’t clear how you’d tastefully joke about people worrying that they will freeze to death.

Deciding to assume the persona of a Truss superfan worked because – fairly or unfairly – it backed Kuenssberg into a corner. Calling Lycett’s bluff would have meant admitting that the mere idea of someone being sincerely reassured by Truss’s intervention was ludicrous.

There are worlds in which that intervention would have been irritating. If you are invited on to a TV programme you should play by its rules, in the same way that you would take your shoes off if the host of a dinner party asked you to.

After all, everyone gets something out of the Sunday shows. The government’s representative can get brownie points from No 10 for doing the broadcast round and delivering the lines they were given. The opposition MP can make their case to the country. The host can say they got line X out of senior politician Y. The token journalist can demonstrate just how well-informed they are. In the right circumstances, everyone wins.

Well, except the viewers, especially in times of crisis. Like ballet, these shows can be neat and well rehearsed but they ultimately exist to serve an audience. Had Lycett not done what he did, business-as-usual would have carried on; there would have been a light debate, the occasional quip, then curtains.

It just isn’t clear that business-as-usual is enough right now. People are worried and need real, tangible reassurances. Those who argued that Lycett wasn’t funny got the wrong end of the stick; none of this is funny. It’s all deadly serious. That was his point.

[See also: Will Boris Johnson try to influence Liz Truss from the back benches?]