In 1851, the Great Exhibition introduced the British people to the marvels of industry, empire and the world. In 1951, the Clement Attlee government arranged the Festival of Britain, a way of showing that a country exhausted by war and austerity was still a place of invention and creativity. In September 2018, the then-prime minister Theresa May announced that 2022 would see another such event, a “celebration of the creativity and innovation of the United Kingdom”, known as the Festival of Great Britain and Northern Ireland. Nobody called it that. They called it the Festival of Brexit.

That name, which was never official but was embraced and propagated by the pro-Brexit newspapers, had the unfortunate effect of implying that that accursed referendum was in some way a parallel to the Second World War; and that the austerity wrought by an existential struggle and the austerity brought about by George Osborne were in some way comparable. Which is offensive in about six different ways. But the idea wasn’t entirely crazy. These events can act as catalysts for creativity at home, and demonstrations of self-confidence abroad. This summer also saw the Commonwealth Games come to Birmingham, and our almost comically long-reigning monarch’s Platinum Jubilee. Bundle it all together with some of that creativity we keep telling people we’re good at, and it must have seemed like the summer of 2022 would be the moment to show that Britain was back, baby.

Britain, alas, is not back. The ten projects that make up Unboxed, as the project was rebranded, cost £120m (does that sound like a lot to anybody else?), and were expected to attract 66 million visitors between them. In the event, an investigation by the House magazine revealed this week, with just two months to go, that they’ve attracted only 238,000 visitors. That works out to just over £500 per visit (oh, yes, it is a lot).

What went wrong? Perhaps external factors are to blame. We’re all dealing with war and economic crisis and the tail end of a pandemic: perhaps no one feels particularly celebratory. Or perhaps it’s the events themselves. Things like an epic scale model of the solar system, and a kaleidoscopic light show that you watch through closed eyes, which the organisers have described as “almost indescribable” (great PR there, chaps), sound like a lot of fun. It’s not clear, however, that they sound like £120m-worth of fun, or that they say anything about Great Britain and Northern Ireland, come to that.

Why the King must speak at Cop27 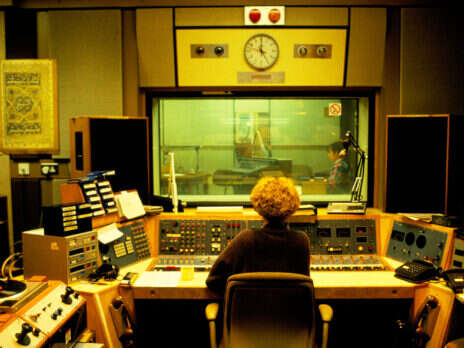 More to the point, they don’t say anything about Brexit. This was deliberate, because half the country hates it and pro-Brexit creatives are in short supply; but it does mean that Unboxed alienated the only people who weren’t put off by the “Festival of Brexit” tag in the first place. The result is that half the country won’t go because it’s too Brexity, and the other half won’t go because it’s not Brexit-y enough. It’s the artists I feel sorry for.

Perhaps the biggest problem here is that our leaders have made no attempt to heal the divisions created by Brexit: quite the opposite, because fighting culture wars is easier than fixing real problems. War and reconstruction were national projects; Brexit is not. You can’t create a spirit of national unity by press release.

[See also: Why OnlyFans wants us to regulate the internet]