Imagine, if you will, our current prime minister as a woman. Mrs Johnson has long nursed ambitions to be PM. Once she gets there, she blags her way through the once-in-a lifetime job, with nary a plan or programme in sight. When her underlings party away till the early hours while the country is in lockdown, she grabs a glass of wine for herself. In press conferences and at the dispatch box, her faux-authentic mea culpas and paeans to the public are peppered with a tell-tale smirk. Her public image is that of a loveable and ever-so-slightly precarious rogue. Mrs Johnson has an unspecified number of children from different relationships. Her extramarital affairs are common knowledge. Oh, and her hair is always a mess.

We know this already, but it bears repeating: it is difficult to imagine Boris Johnson as a woman because no woman could ever get away with any of those things. He epitomises the different standards we hold for men and women, as leaders and in public life.

Women and minorities know that they have to work twice as hard to earn their place. Women can’t afford to make things up as they go along. And given that women get judged so viciously on their looks, they cannot afford to have a hair out of place either. When (or rather if, as men still dominate leadership across industry and in politics) women do enter positions of authority, they have to keep it up, never taking their place for granted. The idea that women nurse ambitions is seen as nefarious, too. Just look at the public response to that most ambitious of female politicians, Hillary Clinton.

Johnson’s predecessor makes for an interesting counterfactual. Theresa May, only the second female British prime minister, was the embodiment of the woman who tries to do everything right, however we might view the results of those intentions. Voted in to clean up the mess of the Brexit boys, she was seen as conscientious, by no means brilliant or talented, and – as per the running joke in the press – no fun whatsoever. Her recollection that the naughtiest thing she did as a child was to run through fields of wheat was widely ridiculed. 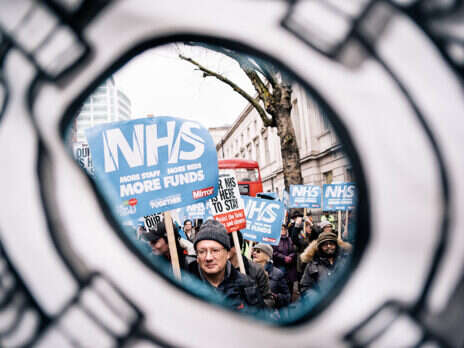 The Tories should have known these strikes were inevitable

Am I unwoke for not wanting an open relationship? 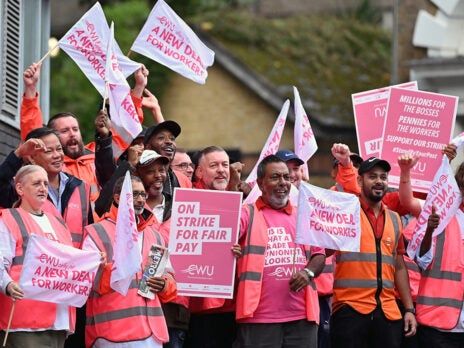 May always dressed well, but the tabloid press made that the subject of ridicule, too. The “Heel, Boys” cover of the Sun announced her premiership in 2016 with a picture of a leopard print heel atop the heads of her male peers (including one decidedly unkempt-looking Boris Johnson). And, lest we forget, the Daily Mail’s takeaway from a meeting between Nicola Sturgeon and Theresa May in 2017 was a front-cover declaring “Never mind Brexit, who won Legs-it!” next to a photograph of the two leaders in skirts.

Despite clear evidence of his poor commitment to the job, as a man Johnson enjoys authority by default. May, on the other hand, is so conscientious that she has carried on working as an MP. Compare that with David Cameron and George “Infinite Jobs” Osborne, who scarpered and left others to clean up the Brexit mess, capitalising on their political careers to earn vast sums in the process.

Of course, not all men try to get away with incompetence and not all women are hardworking, but we tend to reward men professionally for far less, and we accept male leadership far more easily. Unconscious bias “seems to dog each step forward we take”, writes the journalist Mary Ann Sieghart in her book The Authority Gap, “and we’re far too ready to congratulate ourselves for the progress we’ve made and ignore, or fail to notice, the bias that still exists.”

As Sieghart also notes, we will have achieved true gender parity when we see as many mediocre women as men at the top. If Johnson resigns, and another incompetent man takes his place, we cannot let them get away with it.

[See also: Why Liz Truss is most likely the next Tory leader]

Newsletters from the New Statesman View all newsletters
Subscribe for the best of our politics, international affairs, culture and business coverage, straight to your inbox
THANK YOU
Topics in this article : Boris Johnson , Feminism , pwfree , Theresa May