Writing for the New Statesman last week, Marie Le Conte noted that “Britain, in 2022, does not know what it wants from London”. As much as I admire her I believe she is wrong.

The rest of the country knows what it wants from London — specifically from its government in Westminster — and its demands are eminently reasonable.

First of all, we want economic growth in the country at large to match its capital. We want to maintain at least the faint illusion that we inhabit one country, rather than an all-consuming capital and its poorer peripheries. Economic output in London, measured in terms of gross value added per hour worked, is 30 per cent above the England-wide average, and 55 per cent above the lowest-performing region. London and the south-east are the only UK regions that are more productive than the nationwide average. This is matched by incomes: for every minute on the two-hour train journey from London to Yorkshire, household income per head falls by £102. And these gaps are widening.

Regional disparities can also be seen in the education system. A child on free school meals in London is twice as likely to attend university as their socioeconomic peers in the north of England. Roughly 50 per cent of London students attend university, compared with about 35 per cent in every other English region — largely by virtue of the capital’s chart-topping school performance. In the most deprived areas of the capital, close to 90 per cent of secondary schools are either good or outstanding, compared with less than 50 per cent in deprived areas of the north. 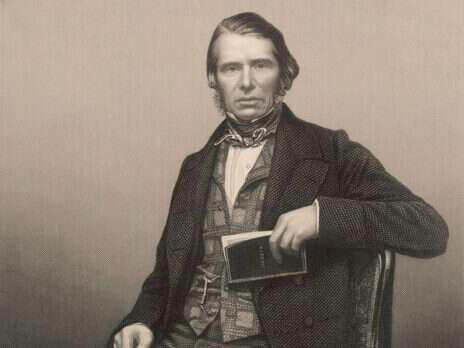 Even when a kid outside London manages to conquer the higher education system, they’re invariably pulled into the capital’s orbit after graduating. Since 1981, towns and villages in Britain have lost more than a million people aged under 25, while gaining more than two million over-65s. Accordingly, a quarter of all new graduates from UK universities in 2014 and 2015 were working in London within six months — including 38 per cent of Russell Group graduates with First Class or Upper Second degrees.

The rest of the country wants to stop the persistent, malignant brain drain to the nerve centre of the British economy. And we want the government to legislate against these inequalities, rather than entrenching them. State spending has been heavily directed to the capital in recent years, epitomised by transport investment. From 2009-10 to 2019-20, London transport spending per head was £864, compared with £379 in the north-west of England and £413 in England overall.

This said, the idea of the “London bogeyman” has been concocted by the lurid imaginations of illiberal metropolitan elites, who emphasise false ideological divides between social classes, ethnic groups and regions. Nobody hates London. Unfortunately, it seems that otherwise well-meaning progressives have swallowed the rhetoric of conservative culture warriors who rage at “woke snowflakes” in the capital — but the sofas of GB News don’t represent the rest of the country.

Most people are proud of the capital, but they want the nation’s resources to be more equitably distributed after years of regional Darwinism which involved the strongest areas prospering at the expense of the poorest. This is a perfectly legitimate goal, and one that would ultimately benefit London as well.

Newsletters from the New Statesman View all newsletters
Subscribe for the best of our politics, international affairs, culture and business coverage, straight to your inbox
THANK YOU
Topics in this article : Levelling Up , London , pwfree