Monkeypox has reached community transmission in a growing number of countries in the West with predominantly white populations, including France, Germany, Sweden and the Netherlands. In the UK the total number of cases reported by Tuesday afternoon (24 May) was 71, with experts warning that the disease is likely to continue to spread and No 10 monitoring the situation.

Despite these numbers, it has been hard not to notice that western media have often used images of the disease on only black skin. At the start of the outbreak it seemed as if many outlets did not have any other photos.

Given that monkeypox is caused by a virus originating from West Africa, it was not inherently wrong to initially depict it on black skin. However, given the growing number of cases in the West now, it is important that media outlets move on and expand the range of images they are using.

[ See also: Monkeypox virus: how worried should we be? ] 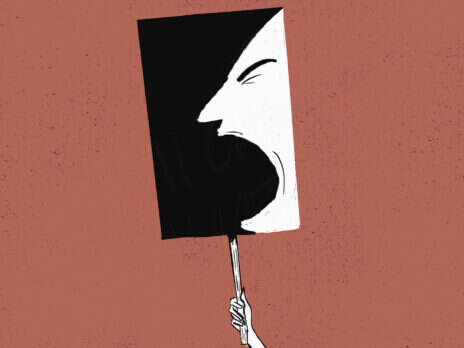 Earlier this week the Foreign Press Association, Africa, condemned monkeypox coverage for the “perpetuation of negative stereotypes”. Indeed, there are echoes of how images of HIV and AIDS sufferers disproportionately showed black people, stigmatising the community and stoking fear.

We also saw a similar issue during the pandemic when, despite more cases being reported outside Asian countries than within them, many media outlets continued to mostly show Asian people in videos or articles about Covid-19. This racial lens at times even drove unprovoked attacks on Asian communities.

And there’s another problem with depicting monkeypox using primarily images of black people: it’s a risk to public health. It’s a long-standing issue in the medical community that, overwhelmingly, medical journals provide images or illustrations of medical conditions on white skin. A key example is meningitis, which is far redder and more distinctive on white skin than on black skin. Another example is advice to look for blue lips when someone may be suffocating — such thing can be impossible to see on skin with darker pigments.

In the case of monkeypox, we are seeing this in reverse. The constant depiction of monkeypox on dark skin means white people may not know how to recognise it on their own skin. For example, on light skin the rash and scabs often appear redder or more inflamed than the pictures seen in news reports. The failure to show this in media messaging is a public health risk. It can also lull non-black people into a false sense of security that it’s not an illness that affects them as much.

It is vitally important that politicians and public health officials are aware of the issue, and are conscious of how the disproportionate portrayal of monkeypox on black people has material risks: it is both a social and medical issue. They must make a concerted effort now to ensure that discussion of the issue is not politicised, which it seems to have been in some instances online. This is not another culture war, this is a public health concern — and it must be treated as such.

[See also: Monkeypox is not a gay virus. Haven’t we been here before?]