In the summer of 2009 I convinced my whole family to join me on a pilgrimage to the southernmost tip of Devon. We weren’t there for the verdant slopes or turquoise waters, nor were we there for the swimming, or the coast flecked with painted restaurants serving fresh fish and ice cream. We had come to Salcombe because I desperately wanted to visit the original Jack Wills store.

I have been thinking about Jack Wills again because I have been watching the Netflix documentary White Hot: The Rise & Fall of Abercrombie and Fitch, which portrays shops replete with perverse Aryan attractiveness and barely-veiled racism. There was a nostalgic hit from the intense smell of the aftershave, the barely-lit shops, the naked catalogues that somehow managed to make you want to spend every penny on what was, at the end of the day, a navy-blue t-shirt.

I wasn’t the only one watching it and thinking about how Britain’s own equivalent has slipped by under the radar, untainted thus far by Abercrombie’s history of sexual harassment but still problematic. A friend texted last night: “Waiting for the Jack Wills version to come out…”

Jack Wills, founded by Peter Williams and Robert Shaw in 1999 with just £40,000 in capital, was manufactured to look as if it had hundreds of years of history. Every decision was measured – from the surreal emblem of a pheasant with a cane to the tagline “University Outfitters”. The stores’ locations were precision-targeted for association with the most elite institutions: a shop near Eton, one in Oxford, one in Cambridge, one in Winchester and one in St Andrews. They were meant to align with and exploit their customers’ dreams, and their customers — myself included — lapped it up.

American exceptionalism is an open door to fascism 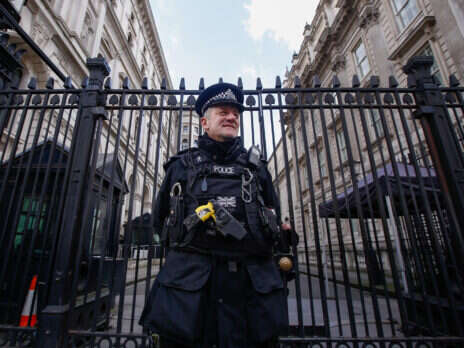 Stranger than why Williams and his team made these decisions is the fact that they were so successful; that they resonated with impressionable teenagers. In the Abercrombie documentary, one person notes that their former boss, Mike Jeffries, was not just a CEO but “the creator of cool”. That’s what sits with me — that these individual pieces of clothes in their heyday changed how we codified cool so that it became synonymous with the narrowest institutional elitism. This is a very specific type of exclusion. Many fashion brands are exclusive to those who have money, but Jack Wills told stories about what it means to be “posh” in British society. We fetishised these schools and universities to the point that we selected clothes to match. And it was all completely false.

Can we ever escape this twisted fascination and the psychological need to appear intelligent? We may have escaped Jack Wills for now, but the same ideals are reappearing as the “dark academia” fashion trend, a gothic twist on the starched polos of the Jack Wills world. Its popularity has been spurred in recent years by TikTok, especially its bookish corners. The look rests somewhere between the boys from The Riot Club in their off-duty clothes and Donna Tartt’s The Secret History. Let’s hope this next wave doesn’t end with a murder.

A couple of weeks ago I was in Southwold (“SW3-on-sea”, a perfect target market) and there, in a prime location, was a glossy Jack Wills store. In the window there were none of its old signifiers — no cricket jumpers, no polos. Just tie-dyed hoodies and joggers. And the store was completely empty.