The true test of whether the government is operating a “chumocracy” is currently before the courts.

Since Monday, the government has been defending a legal challenge from the Good Law Project, a group of lawyers objecting to a six-figure contract that was awarded to a consultancy firm called Public First. The company, which was contracted by the Cabinet Office last March to carry out government messaging and public opinion research during the first lockdown, is owned by Rachel Wolf and James Frayne – described as a “Westminster power couple” by Politico.

Wolf is a former adviser to Michael Gove – now the Cabinet Office minister – and co-wrote the Conservative Party’s 2019 general election manifesto. Frayne is a former director of communications at the Department for Education under Gove.

Dominic Cummings, who was the Prime Minister’s top aide at the time the contract was awarded, was a special adviser to Gove when he was Education Secretary and says he has worked alongside Frayne and Wolf “in government and outside”, describing them as “friends”. He and Frayne also worked on the 2001 campaign to stop the UK joining the euro. 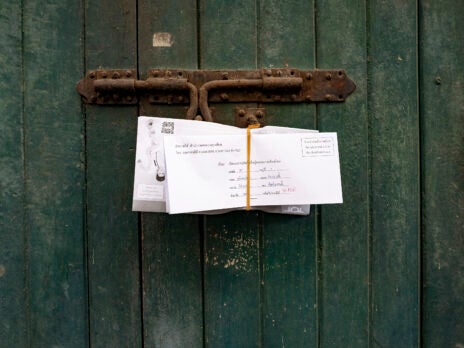 Frayne says he has had “no contact of any description with Dominic Cummings for nearly five years” – something Cummings also writes in his witness statement.

Gabriel Milland, a Public First partner who had previously worked in senior government communications roles, was seconded to No 10 in March at the request of Cummings to work on Covid-19 communications. Cummings also describes him as a “friend”.

Because of these close links between Public First and the former top adviser and senior figures in the Conservative Party, the Good Law Project challenged the government’s award of the £840,000 deal which was given with “no formal contract, prior advertisement, or competitive tender process”. The direct award was only formalised retrospectively in June, after the work had already begun, and was publicised a week later.

The campaign group says: “We believe that money for your mates, on a handshake, formalised later, is unlawful.”

The High Court is this week hearing more details about how the contract was awarded. It has heard Cummings was “the driving decision-maker” behind hiring Public First. Although Cummings could not direct the civil service, he said that “as a result of my suggestion, I expected people to hire Public First”.

However, Cummings claimed the need for the firm’s specific expertise at speed – within the urgent context of the pandemic – was the motivation behind the recommendation of its services. “Obviously I did not request Public First be brought in because they were my friends,” he said. “I would never do such a thing.”

Embarrassing messages sent between No 10 officials have been revealed in court, including ones in which Number 10 and the Cabinet Office’s head of insight and evaluation Catherine Hunt referred to Public First as the agency “who are Dom Cummings / Lee Cain’s mates, and hence getting all our work with no contract BUT are also spending much money” in an email. Over instant message in January, she also described earlier work by the firm as “tory party research agency tests tory narrative on public money”.

Hunt has since said in a court statement that it was “not true” the work had been awarded because of personal relationships with the Prime Minister’s aides, saying she referred to these aides because she was chasing a payment for Public First. On the latter description, she said she does not regard it as a “Tory Party research agency” and was trying to be “frivolous and light-hearted”.

The Cabinet Office’s defence draws on Public First’s niche expertise and the government’s prior positive experience of its work, regarding past professional connections as enabling “better judgement” of which agency to commission for such urgent public opinion research.

After Public First stepped back from Cabinet Office work, Frayne told Politico’s London Influence lobbying newsletter last October that “it’d be commercial suicide to carry on like this, particularly given all the negative attention it attracts from the government’s opponents… we’ve got no plans to work with government again.”

This case is attracting particular attention because of the involvement of Cummings. But it is just one of many government Covid-19 contracts facing scrutiny.

Because of the national emergency, normal competition processes were dropped while procuring products and commissioning work for the pandemic response. Just one in 100 contracts handed out to companies for this work was awarded by competitive tender, according to the Institute for Government.

Some contracts, such as the one handed to Public First, were awarded retrospectively after the work was already under way. The Department of Health ran a “high priority route” for Covid-19 contracts in which bids for multimillion-pound contracts were ten times more likely to be successful if those making them had political connections, as the National Audit Office revealed last November.

These conditions have resulted in accusations of “cronyism”, as companies and individuals with links to figures in government appear to have profited. The Labour Party and other opponents are focusing on exposing this image of a “chumocracy” – and will continue to dog the government as further contracts are hauled over in the courts.