In recent years, a stream of movies such as Hidden Figures, Girls Trip, Get Out and Black Panther, have brought black narratives and black creatives to the forefront of Hollywood.

While these films are paving the way for some truly representative media, however, there is a clear absence of black British stories and narratives in British film and TV today.

British media cannot afford to become complacent and view progress in America as progress in the UK.

Bar the miraculous work of Michaela Coel and Idris Elba – which are the exception, not the rule – the roles we do fill often still adhere to dangerous stereotypes, which perpetuate notions that insist black people can only play slaves, black men are aggressive and criminal, and black women (particularly darkskin black women, because colourism is alive and well) are unattractive or merely “angry black women” unattractive.

Can the UK really afford a trade war with the EU?

This is the reason why four advocates on a fellowship programme called the Advocacy Academy – Liv (that’s me), Bel, Shiden and Kofi – from south London have created Legally Black. We are passionate about tackling underrepresentation and misrepresentation of black people in the media and are calling on the British media to make this change. 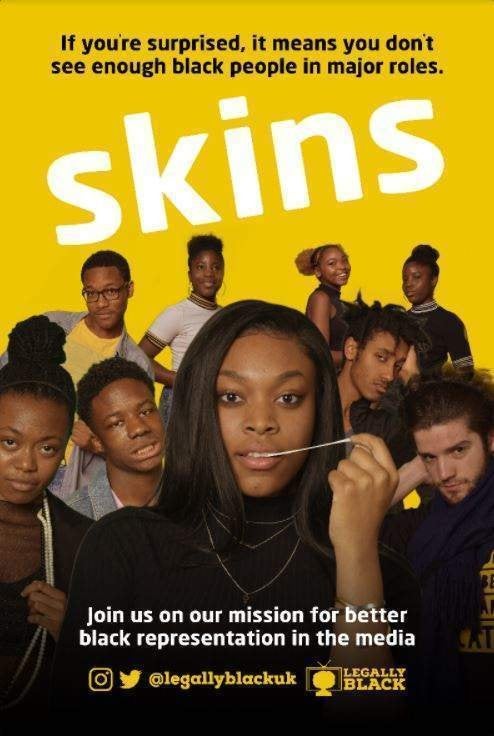 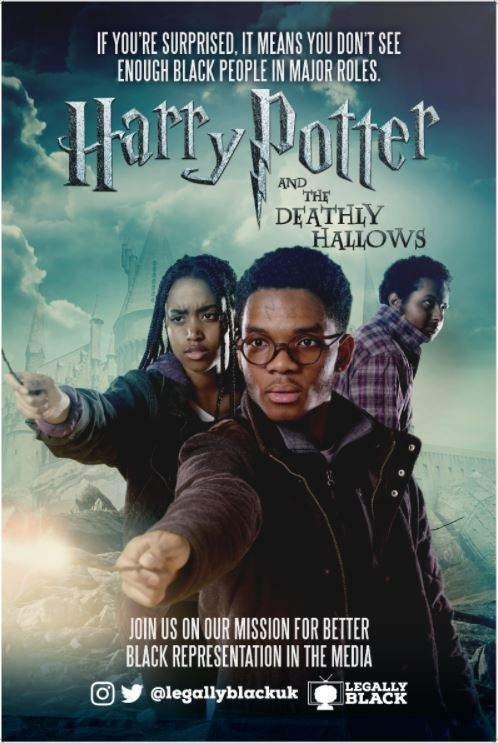 Better representation, for us, includes black Muslims, black LGBTQ+ persons, black people with disabilities, and other people of colour too.

Our first action has been to subvert popular film and TV posters, by replacing the cast with black actors. The campaign is not advocating for the replacement of white actors, or simply the insertion of black actors into white films to fit quotas; we want much more thoughtful work than that to be done.

We’re calling for British media to facilitate the space for black creatives, writers, directors and actors to have agency over their own stories and bring more complex and authentic black characters to life. 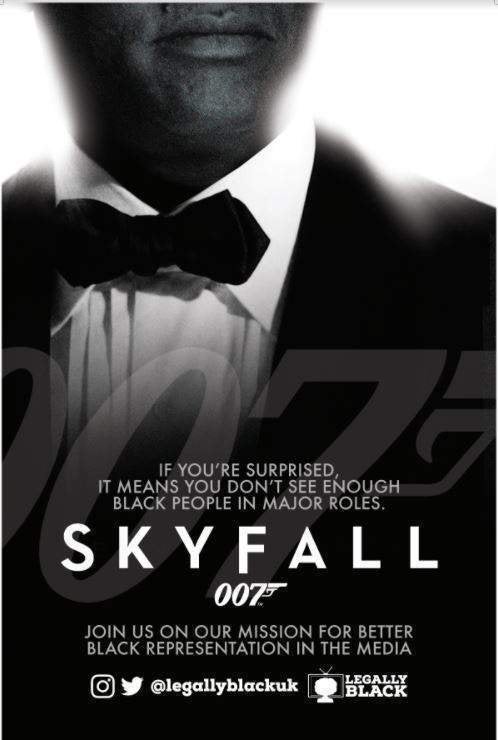 We want people to see our posters and question why whiteness is the default and why inclusivity is treated as an addition to this norm.

The British Film Institute (BFI) shows that between 2006 and 2016, among the 1,172 films, “all leading performances for black actors are clustered into only 157 films”, and out of 45,000 roles that were credited to UK actors in that time, only 0.5 per cent were played by black actors. 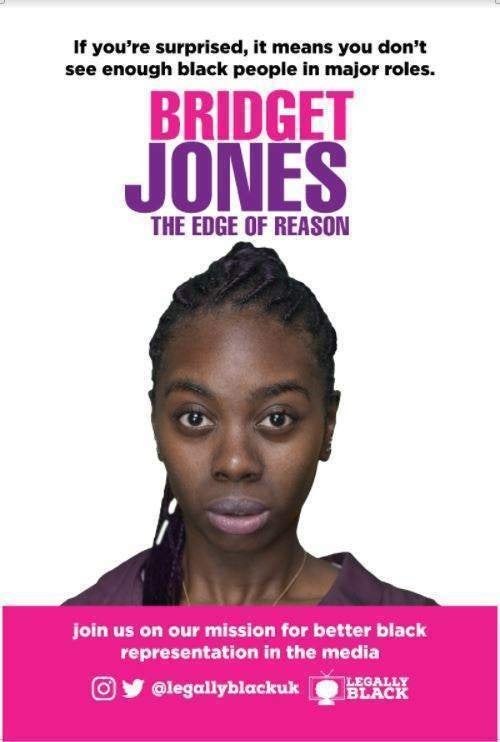 This becomes even starker when you begin looking at misrepresentation – the films with the most black actors revolve around stereotypical subjects, the top five themes being: Africa/Biopic, Teenagers, Crime, Civil Rights and Slavery.

Contrary to popular belief, there is an audience for films beyond these genres with black leading roles. Get Out grossed just over $252m with a budget of only $4.5m, while Black Panther has already amassed over $1bn in under a month since its release.

That is not an invitation, however, for organisations to allow black films into mainstream media simply to profit from them. It’s an opportunity to give black people agency over their own narratives and to facilitate their existence in all kinds of spaces. 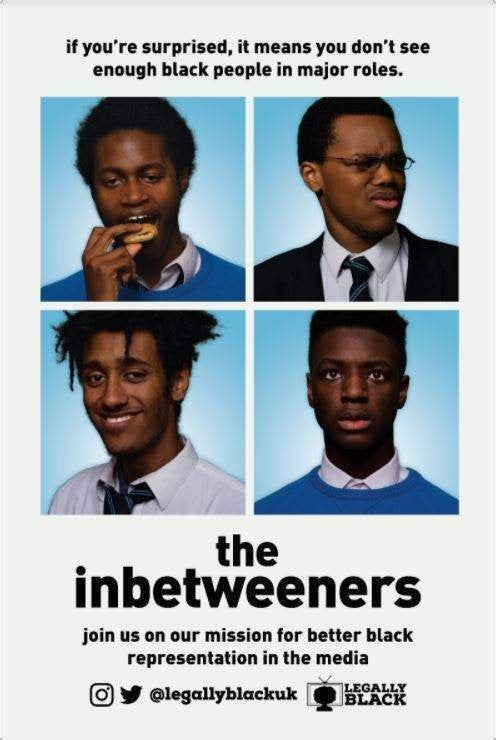 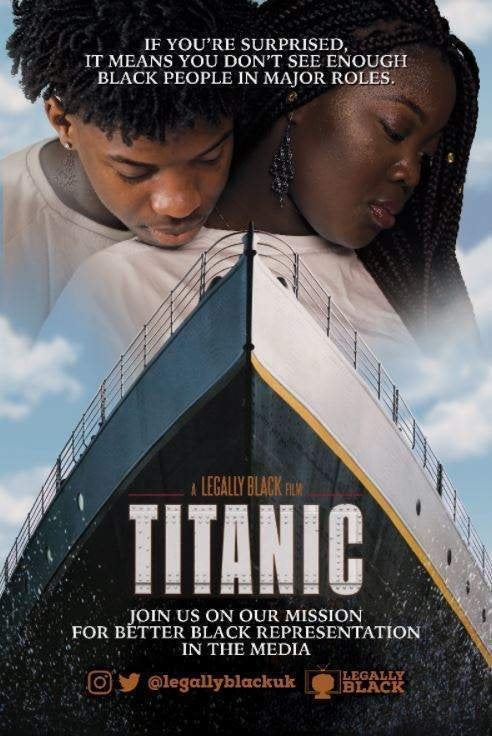 Our posters have been so well-received because media diversification is not a new issue. These statistics, and our posters, affirm the experience of many people who feel they are not properly represented (if at all) on screen.

For every positive response we’ve received, there are still people who believe it is more surprising to see a black superhero or a black wizard than it is to see the laws of nature defied. 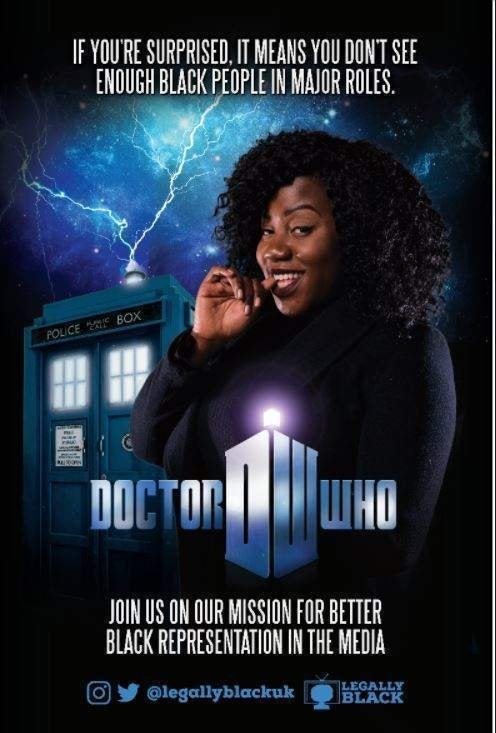 There are also still people like the actor Emma Stone who, in an effort to uplift white women – “these four men – and Greta Gerwig” – end up ignoring the intersection of race, homogenising all men and erasing history; Get Out director Jordan Peele became the first ever black man and only the second person of colour to win best original screenplay.

If our posters surprised you, it’s because you’re not seeing enough black actors in leading roles. But if our posters made you enraged or uncomfortable, it’s because you know you benefit from the status quo, and don’t want it changed. But Legally Black isn’t going anywhere, and will continue working towards a time when those posters reflect reality.