20 million voters want to bring back the death penalty.

That is the finding of YouGov research published this week, which shows 45 per cent of the electorate (46.1m people in 2013) favour its reintroduction. Only 39 per cent of us are glad it’s gone – 50 years after the practice was outlawed. 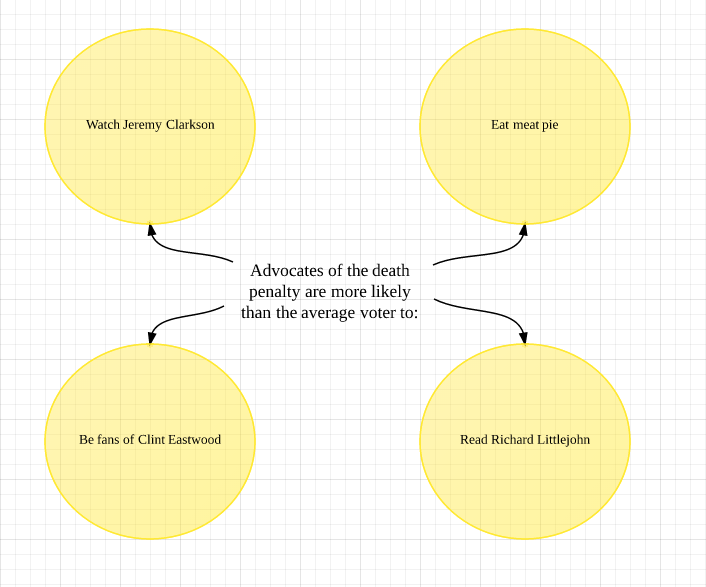 Britain should be leading a European FBI

With a gun in his face and an antagonist justifing state executions – “Anyone who threatens the security of the people will be executed… evil for evil Harry… retribution.” – he fires back:

“That’s just fine, but how does murder fit in? When police start becoming their own executioners, where’s it going to end, huh Briggs? Pretty soon you start executing people for jay-walking, and executing people for traffic violations, then you end up executing your neighbor because his dog pissed on your lawn.”

We seem to be as unconvinced as Eastwood’s antagonist. This despite all the technological progress made since the British state last executed someone, in August 1964.

Harold Wilson had just come to power heralding the promise of scientific advance.

“The Britain that is going to be forged in the white heat of this revolution will be no place for restrictive practices”, he declared. He was referring to the economy, but we may have hoped his words also referred to a nation shedding its attachment to killing.

Progress has been slow, but YouGov’s data did hold some encouraging news for those against the practice.

Support should dwindle over the next 50 years. Younger voters – those aged 18-24 – are nearly twice as likely to oppose capital punishment than support it.

However, if UKIP becomes a major electoral force, and the Liberal Democrats’ ranks continue to dwindle, the pro-penalty brigade may remain strong – supporters of the right-wing party are overwhelmingly supportive of the measure.

This is a preview of May2015.com, an affiliated site launching later this year. You can find related analyses here.