If there was one thing the SNP and New Labour had in common, it was the hope. Both offered themselves as a burning torch of optimism to publics that had become tired of the same old gang running things in the same old way. Both promised a fairer, more equal society and fearless embrace of the modern world with an appealing freshness and energy. The voters bought it: both won big, repeatedly.

The thing is, if you’re elected on a mandate to be different, you’d better be different. In many areas, for a long time, New Labour managed to be just that. The smiling PM with the huge majority pushed through bold policies, some of which even worked. Tony Blair’s strategy was so successful that the Conservatives and the Lib Dems reshaped themselves in his likeness.

But, as some say, it’s the hope that kills you. When the inevitable attritional realities of governing start to weigh; when you make, as you will, bad decisions; when the list of enemies grows long; when you’ve simply had your time; you’ll fall like all the rest. Only, when you’ve soared so close to the sun, you have that much further to plummet.

The fall of Blair should be a set text for anyone wishing to know what happens next to the SNP. The debate on 21 May between the Scottish party leaders was, I think, a foretaste of a sure outcome – a public that until recently was politically and emotionally invested in the Nats is growing restive. In time, this will turn to disenchantment, then anger, then revenge at the ballot box. That is the unbreakable cycle of democratic politics. 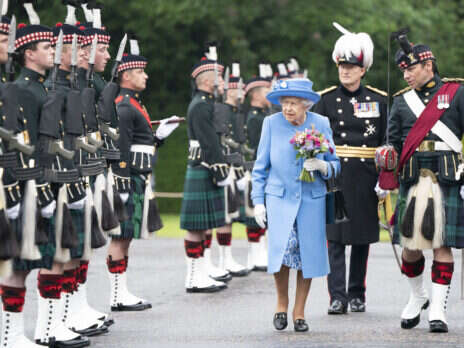 Some of us have warned since the start that the SNP had over-promised and could only under-deliver. Its raison d’être is independence; everything else is just another brick to build the path. And so its education reform cannot be either brave or unpopular, even if it needs to be so to work, because the SNP cannot afford to alienate teachers or the teaching unions, or parents.

The same goes for the NHS, and doctors and health unions and patients. All the separatists have done – all they could have done, given their nature – is deploy the rhetoric of the radical while body-swerving hard choices and conflict at any cost. And where they have found themselves taking flak, they’ve pointed south to Westminster: “It’s no’ our fault, it’s theirs.”

Yet the voters show signs of wearying. Middle Scotland is either ignored or maligned by the middle-class socialists who drive the nation’s political debate, but it is where elections are won. The SNP has secured the support of enough of these people to win every recent election in style, but somewhere along the way the party seems to have forgotten this was a mandate not for independence, but for good government. Ten years in to SNP rule, each new audit of public services seems to wail like a warning siren.

So, during the debate, it was Nicola Sturgeon, not the Conservative leader, Ruth Davidson, or Labour’s Kezia Dugdale, who found herself in the audience’s cross-hairs.

There were the teachers, who complained about the damp squib that is the Curriculum for Excellence, the SNP’s flagship education policy; who pointed out that a fifth of primary pupils are leaving without basic literacy and numeracy skills; and who warned that lowering the standard of exams in order to push up the pass rate was not a mark of success.

Then there was the nurse who said she had been forced to use food banks (the existence of which has been used repeatedly by the SNP as a stick with which to beat the Conservatives and Westminster). “I can’t manage on the salary I have [which is set by the Scottish government],” Claire Austin told the panel. “You have no idea how demoralising it is to work in the NHS.” She delivered the killer line of the evening: “Do you think your perceived obsession with independence might actually cost you . . . in this election?”

The list of reasonable criticisms of the SNP’s governance is growing. The ideological obsession with free university tuition for Scottish students is increasingly seen as a sop to the better-off. Sturgeon’s demand for a quick second independence referendum, when a worried Middle Scotland was focused on what Brexit might mean for its future, was tone deaf.

The SNP has another problem (one that New Labour, for all its flaws, didn’t face): its doctrine of infallibility. The Nationalists’ constitution explicitly prohibits SNP elected members from criticising the party, its policies or each other. Although total unity is useful when you’re on the climb, it starts to look bonkers when the cracks are showing.

The word “cult” has long dogged the SNP. The party has tried hard to normalise its electoral appeal while keeping the flame of independence burning, but this has been a difficult balancing act. The pro-independence mob is an ugly thing when unleashed (and it has suited the leadership to open the cage door at times). After the debate, Claire Austin found herself at its mercy as the Nats briefed – wrongly – that she was the wife of a Tory councillor. The SNP branch in Stirling said, Tebbitishly, that if she was having to use food banks, “Maybe she needs to tighten her belt a bit more?”

Joanna Cherry, a QC, MP and the SNP’s home affairs spokesperson, was forced to apologise for spreading “Twitter rumours” about Austin. The ravening horde has largely kept its head down since the 2014 independence referendum, but it hasn’t gone away – it is not enough for the SNP’s critics to be debated: they must be destroyed. This isn’t the behaviour of a normal political party.

I have a feeling that when the SNP does fall, it will fall quite quickly. Its belief in its infallibility, and its inability or unwillingness to do self-deprecation or apology, will increasingly exasperate voters. There is nothing to suggest the current public policy failings will be addressed, and many signs that things will get worse.

How then do you arrest your fall? The SNP offered hope and promised it was different, and the voters believed it. The sense of betrayal could make for a very hard landing indeed.