Oh dear. Danny Baker – a fixture on the airwaves since your mole was, well, whatever moles are before they are moles – has announced that he has been fired by BBC Radio 5 Live, after sending the following tweet: 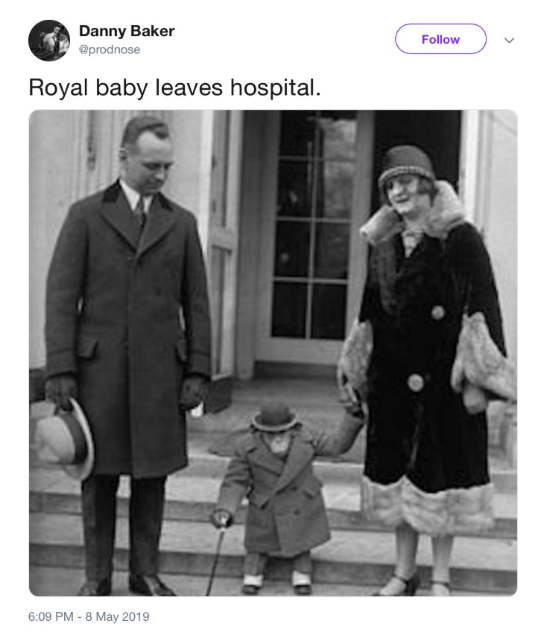 Baker had already, fairly promptly, deleted the tweet, after most of the internet pointed out that portraying the first member of the royal family to have African heritage – through his mother, Meghan Markle – as a chimp, might just come across as a teensy bit racist.

Baker argues that these connotations were far from his mind, saying, “Never occurred to me because, well, mind not diseased”. But that line comes uncomfortably close to suggesting that the problem with the tweet was in the eye of the beholder, rather than being the responsibility of the man who tweeted it. More to the point, and let’s be blunt about this: intent is not the only thing that matters here. A joke can be racist without the person who makes it believing it to be any such thing.

The great thing about Prince Harry’s marriage is that it makes the House of Windsor look very slightly more like modern Britain. The downside, your mole fears, will be more crap like this.