I have been campaigning for the Women’s Equality Party since April, and a key focus of that campaigning has been on ending violence against women.

Right now, we are coming to the final few days of our #16days campaign that started on November 25, International Day for the Elimination of Violence against Women, and ends on December 10, Human Rights Day.

We launched our campaign with a call for a cross-party agreement to protect funding for vital women’s services in Britain, and we have published every day since then blogs by people working for services that are under threat of closure – even while violence sends a daily stream of women in need to their doors.

Our campaign has coincided with events in Parliament and in the country that have confirmed my great determination and hope to have representatives of the Women’s Equality Party elected. I want our party to be able to bring its perspective to the legislative decision-making process so that this diversity of thought can create better policies, and prioritise them. 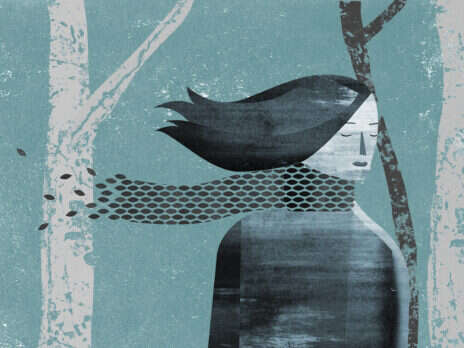 November 25 marked the government’s Spending Review. I wrote about the Chancellor’s decision to fund women’s domestic violence support services with the proceeds of an unfair and unsustainable tampon tax here.

November 30 was the day the BBC announced that its shortlist for Sports Personality of the Year included Tyson Fury, a boxer who has said his wife deserves an upper cut sometimes and that he would hang his sister if she was promiscuous. I have spoken out across social media to explain why I think it is a crass decision by our state broadcaster to consider a man who condones violence against women for an award that, in the words of one of the jury, “embeds you in the public consciousness.”

Overshadowing both of those was the crucial vote, taken on December 2, on whether Britain should go to war in Syria.

I watched the Parliamentary debate about Syria with dismay about its narrow confines. I went to war zones in Iraq and Afghanistan when I was a journalist. I was not embedded, nor did I report from the front lines – I travelled with prime ministers and foreign secretaries as they encouraged the troops and engaged in hours-long diplomacy behind closed doors. But I saw enough to know that our options in war do not amount to the binary choice of bomb, or do nothing. And I saw enough to know that when war comes, women suffer sexual violence. And they die in greater numbers when air strikes happen.

What I found particularly hard watching the commons debate was such scant mention of the impact that the war in Syria is having on women – both inside that country and inside the lawless camps to which many of them flee as refugees.

Despite good work by major organizations reporting the conditions for women victims of war, it seems to me that too few British politicians have examined those findings or considered a specifically gendered approach to how we intervene in Syria.

We are doing things differently in this party and that means our key focus – our number one strategy as we approach next spring’s elections – is to campaign on our core goals of delivering equal pay, representation, parenting and education and ending violence against women. At the next election we will be the only party whose primary aim is to bring about all of those things.

Our candidates – who will also have signed up to our core values of inclusivity and diversity – will have a free vote, as it were, on everything else.

If I had had the chance to speak up in Parliament on Syria I would have made the following points. This would have been my personal way to apply to foreign policy our party’s fight to end violence against women.

At the end of September an international team of health policy experts and statisticians published the result of their examination of 78,769 civilian deaths between March 18, 2011 and January 21, 2015.

It is not a startling finding that bombing cities kills people. What seems startling to me is that somewhere in the debate, the fact of specific harm to women seemed to stop mattering. I am not suggesting that women victims of war should be prioritised over male victims of war. But I think the debate lost focus on the female deaths that Britain’s action will incur.

None of the debates about what to do in Syria have focused enough on the women there who are suffering systematic sexual assault; who have been raped and tortured not just by ISIS but also by government forces. Human Rights Watch has reported that Syrian security forces, the army, and pro-government armed militias sexually abused women and girls during home raids and military sweeps of residential areas.

The debates don’t focus on the rising levels of domestic abuse being experienced by Syrian women whose husbands are suffering psychological strain.

And they don’t focus on what happens to the Syrian women who get out, only to find that violence follows them into the refugee camps.

Many women in refugee camps wish they were dead

The lawlessness of refugee camps in Jordan and Lebanon is well documented.

Now the camp in Calais – on Britain’s doorstep – is coming under scrutiny. But still I don’t hear a response from Parliament to the specific needs of the women refugees who wait just beyond the shoreline of our country in the hope of being allowed in.

Megan Saliu first visited the camp in July to donate a van-load of sanitary pads for the women arriving from Syria. Since then she and her friend Helen McDonald have built a support group called SOS (Supporting Our Sisters) Calais that works with a patchwork of small voluntary organizations to collect and distribute food, clothing and sanitary items.

I asked her what the camp is like now.

“There are smugglers and there are gangs. The women are not safe. There are reports of forced prostitution, sexual extortion, attacks,” she told me. “The women don’t want to come forward because they are terrified. And we can’t take them away.”

No major organization appears to be taking reports about the conditions of the camp. Britain’s main focus is to keep its occupants out. France has supplied some tents. They are not enough.

Local French hospitals are turning away refugee women who are seeking abortions after being raped, according to some reports. Others say that volunteer doctors in the camps are struggling to meet demand from women forced into sex work by ‘protectors’.

“Some women have said to me that they would rather have died than end up living there like they are,” Megan told me.

I joined the Women’s Equality Party to end violence against women.

Our party has a fully-funded policy proposal to support UK services that provide essential support to women seeking refuge from abusive partners, or who have been raped, or who have experienced another form of violence. We want a cross-party agreement that would create a lasting solution to maintain funding for an issue that goes beyond politics. We want unconscious bias training for judges in order to address appallingly low conviction rates. We want a responsible media that does not depict women as objects.

And personally, I do not think the UK should be ignoring data that show its decision to bomb Syria will kill more women, nor take action without agreeing a strategic diplomatic plan to end the violence.

I do think the government should take action to allow some of the most vulnerable refugees into the country.

I think it should be working with France to prioritise the safety of women within the Calais camp so terrifyingly lawless it is known as ‘the Jungle’.

And I think the government should ensure that access to support services for women who have experienced violence is not dependent on their immigration status, as the Women’s Equality Party recommends in our policy document.

That way those women who wish daily that they were dead can once again think Britain can offer them hope.

For women experiencing violence both inside and outside the UK, I would like the Women’s Equality Party to offer them hope.

Sophie Walker is leader of the Women’s Equality Party.