France’s Front National party has come third in the second round of voting in France’s regional elections, despite coming first in the vote’s first round.

Across the board, the centre-right Republican party came first in the regional elections. President Francois Hollande’s Socialist party came in second.

France uses a two round run-off voting system for elections, which means that a second round is held if any party fails to receive more than the required number of votes. Front National took 28 per cent of the vote in the first place, putting it in first place ahead of the other parties. 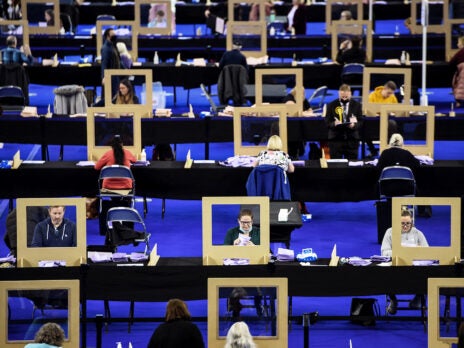 However, the results of the second round indicate that voters for the two biggest parties will vote for each other in order to keep the far right party from power.

In a speech following the defeat, Le Pen said her party had been “disenfranchised in the most indecent of ways by a campaign of lies and disinformation” by the two larger parties.