As schools lurch towards the end of term amid nativity plays, secret Santas and lateral flow tests, there is enormous concern among teachers over what the new year might bring.

And can you blame them? Throughout the pandemic, with depleted staff, they have been expected to switch to online learning while still maintaining face-to-face provision for the children of key workers; they’ve been expected to take on the work of exam boards when exams were cancelled; and they have been told that, with almost no notice, they must become mini test-and-trace centres too.

Remarkably, for the last term, which is still in many ways in emergency mode, they have done all this with the threat of an inspection from Ofsted (the Office for Standards in Education, Children’s Services and Skills) looming over them.

In my experience, Ofsted inspections are often extremely stressful, negative, counterproductive experiences for schools at the best of times. That they have continued while teachers are on their knees trying to pick up the pieces left by a pandemic that is still very much with us is nothing short of scandalous.

Eton eternal: How one school came to dominate public life 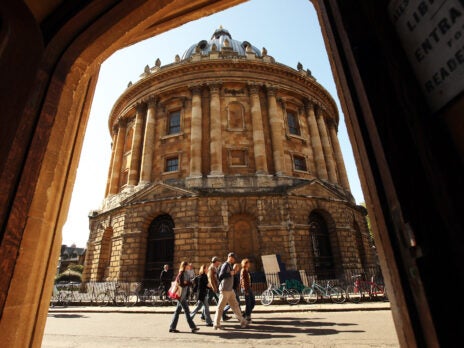 Kate is a headteacher of an inner-city secondary school that was inspected in November 2021. Three weeks before that, 40 per cent of the school were off with Covid. Her staff, she said, were already physically and mentally exhausted. Two went off with stress during the inspection, describing the experience as “like an Andrew Neil interview on steroids”.

“Ofsted was the final straw for me,” Kate said. “Twenty-seven years in education and I’m out. I really have nothing left to give. The inspector said, ‘It’s about the pupils,’ but it’s most definitely not about the children. It’s about virtue signalling whilst he ticks a box.”

I think it’s time for a much wider discussion about the role of Ofsted in school improvement. The first time I met an inspector, I was teaching an A-Level English literature lesson in an inner London comprehensive school. I had heard about them, of course. They were spoken of daily: a rarely seen but deeply malevolent force that permeated classrooms and staffrooms, provoking dread and doom.

It’s appropriate then that the lesson was about Dracula. Forty minutes into our exploration of how Stoker creates an atmosphere of fear in the novel, a woman breezed through the door and took a seat at the back of the room. I probably imagined that the air chilled as she did so.

She gazed over her glasses at me as I guided the class through a sample exam response. She wandered around a bit. She stared out the window. Not much more than ten minutes later she was gone, with a parting word that I could get feedback from her if I wanted it at lunchtime.

Having queued for my whole lunchbreak, I sat down opposite her. “I’ve graded you as ‘good’. It definitely wasn’t ‘outstanding’. There was a spelling mistake you didn’t pick up on in that exam response. Literacy is very important. OK?” Her body language made very clear that this was my cue to leave.

I sat there dazed. I had poured my heart and soul into teaching at that school and she was issuing me a grade based on less than a quarter of one lesson. Her tone was brusque, dismissive, impatient. She had no knowledge of, or interest in, the extent to which these students had progressed or the difficulties and challenges we had helped them through as a school. Her only feedback was about one spelling error made by one pupil. “Thank you for that,” I said, trying to communicate how little I meant it, but she had already moved on to filling in her next bit of paperwork.

I’d describe that encounter as unimpressive, but the wider context of the stranglehold that Ofsted holds on many schools is abhorrent. A bad report can cost headteachers their jobs. The grading of schools is made public and schools are routinely shamed publicly by being labelled inadequate, so the stakes are absurdly high. For months before that lesson, the entire school had been on tenterhooks in anticipation for an inspection that might come at any moment. The suspicion in schools when I was teaching – and not without justification – was that a judgement would already have been made about a school based on its exam data before an inspector had even crossed the threshold.

So the kitchen sink, along with most of the fittings, is thrown at exam classes in a bid to drive the data up. “Just right too,” you might reasonably think, “results matter” – and indeed they do. But this is the opposite of a healthy, supportive environment in which to nurture academic prowess. Pupils are dragged into school over the Easter holidays, on Saturday mornings, and for breakfast clubs and after-school revision sessions through the week. They are often drilled in exam technique; not developing a deep working knowledge of their subjects, or a love of learning, but how to pass exams. By the time the assessments come round, they and their teachers are exhausted.

You don’t know when Ofsted might turn up, so the sense of heightened dread can go on for months or years, pandemic or no pandemic. School leaders are stressed, which makes heads of departments stressed, which makes teachers stressed, and pupils pick up on the fear and also become stressed. You can end up with a school operating on a knife-edge. This is not, I need hardly point out, an ideal atmosphere in which to educate.

One of the final nails in the coffin of my own teaching career was when I suggested the school take part in a national minute’s silence to commemorate the victims of a terrorist attack. “I agree,” someone senior to me said, “we should have a minute’s silence because Ofsted loves to see that sort of thing.” Rarely has a dog been so firmly and relentlessly wagged by its tail.

I do know a few people who have found Ofsted inspections to be supportive, informed and professional. But I know of far more who have used words like “hectoring”, “supercilious”, “aggressive”, “inept”, and some other vocabulary that I won’t repeat.

None of this is to say that accountability for schools is unnecessary. Ofsted plays a vital role in identifying safeguarding issues, among many other functions. My plea is that we use this moment, when the pandemic is making us rethink so many aspects of how our lives and society works, to build something better.

Ofsted is crying out for reform. We need to lower the stakes, turn down the heat and make inspections supportive experiences, with professionals coming together to work out how best to improve children’s education. Removing the grading system, which reduces the collective efforts of hundreds of people over several years to a single grade, would be a good first step. Ofsted has become a toxic brand, and a new body is needed to support staff and students.

Because this really matters. Kate is one of many teachers walking away, citing workload linked to inspections as the reason for their decision. Who knows how many budding artists or scientists or writers or mathematicians or historians or linguists will miss their vocation in life because the teacher who would have inspired them has left the profession?

To return to Dracula, my worry is that it will take more than a waft of garlic or direct sunlight to lessen the inspectorate’s malign influence. In the language of Ofsted itself, the whole system requires significant improvement.

Ryan Wilson’s memoir, “Let That Be a Lesson: A Teacher’s Life in the Classroom” (Chatto & Windus), is available now.