The shortlisted titles included the Spectator, the Big Issue and Prospect. The judges, who awarded the prize to the New Statesman for the fourth time under Cowley’s editorship, said: “In increasingly tribal times, Jason Cowley continues to champion independence of thought and diversity of opinion, challenging his audience and producing a magazine that’s imaginative, unpredictable and interesting.”

John Simpson, the BBC’s world affairs editor, added: “As someone who has written reasonably regularly for the New Statesman, I have to agree. As a reader, it’s the unpredictability that I cherish – you never know what you’re going to get, and the opinions aren’t just from one little corner of the spectrum.”

Our cover art director Erica Weathers was also awarded Cover of the Year (consumer) for our 5 June 2020 issue “We Can’t Breathe”, illustrated by André Carrilho. In the accompanying piece Gary Younge explored how “what connects the most brazen forms of state violence against black people and the struggles of BAME coronavirus patients is systemic racism”.

Our political editor Stephen Bush was nominated for Columnist of the Year (consumer). 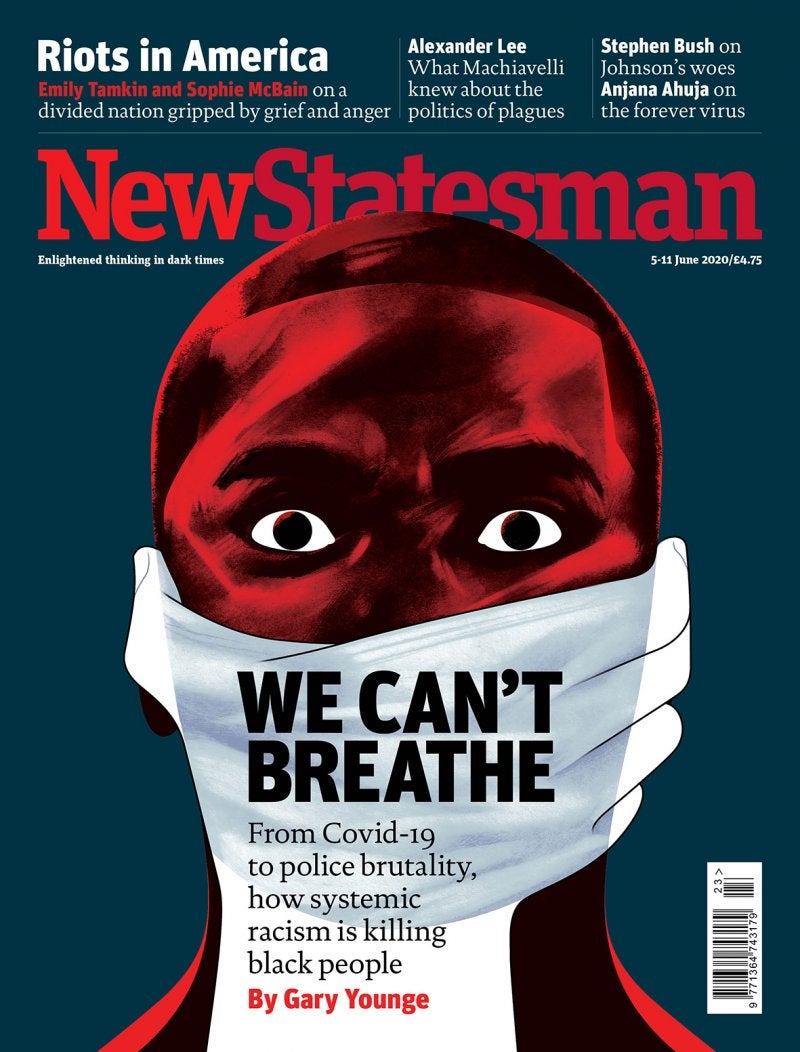