What, your Mole sometimes wonders, do senior ministers do all day? It surely can’t be all Cabinet meetings, perusing white papers and stabbing your closest political allies in the back.

Michael Gove – secretary of state for environment, food and rural affairs, MP for Surrey Heath, keen Brexiteer and an incredibly busy man – just gave us some insight. At 11.21 this morning, he tweeted the following: 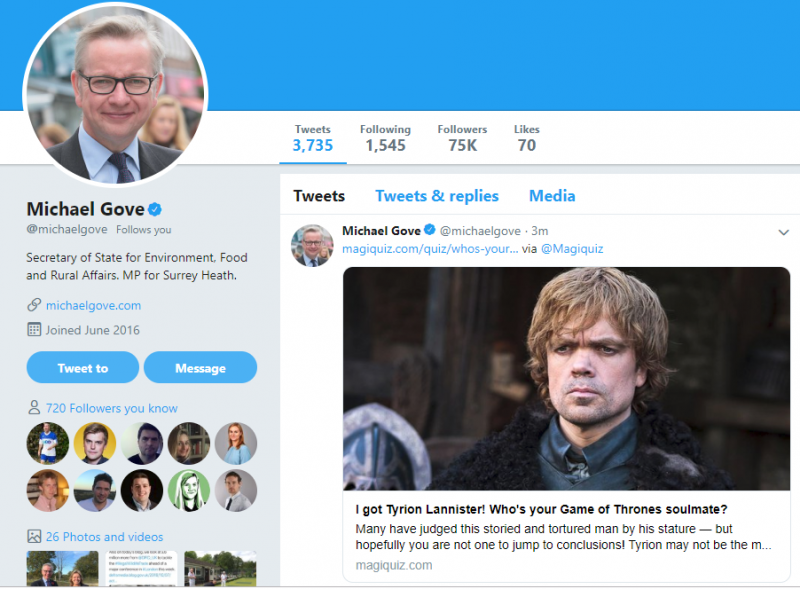 This was, your Mole initially assumed, an accident – a quiz hosted by one of those websites that you don’t realise is momentarily going to steal your Twitter identity until it’s too late. But having completed the quiz ourselves, in an attempt to work out which answers Gove was giving (it didn’t work; we got Tyrion’s erstwhile girlfriend, Shae, instead), we discovered that Tweeting your result is an active choice.

And a significant interval later, the tweet remains up. This does, bafflingly, seem to be something that the environment secretary did deliberately.

Tyrion Lannister, for those unfamiliar with Game of Thrones, is a dwarf (“half-man”) dismissed as deformed, repulsive and louche. His family and enemies alike make the mistake of conflating physical deformities with moral ones, and consistently underestimate him.

As the series goes on though, it becomes clear that he’s clever and competent, and even compassionate, too. He may very well turn out to be the hero – even be the one to sit the Iron Throne in the end.

He does, however, strangle his lover.

Whatever is Gove trying to tell us?

In 2013, incidentally, the New Statesman ran a story under the headline “The Tory Game of thrones: Who comes after David Cameron?” The cover showed assorted Tory grandees in the garb of their Westerosi equivalents: Theresa May as Cersei Lannister, Jeremy Hunt as Jon Snow, Boris Johnson, upsettingly, as Daenerys Targaryen, and…. Michael Gove as Tyrion Lannister. 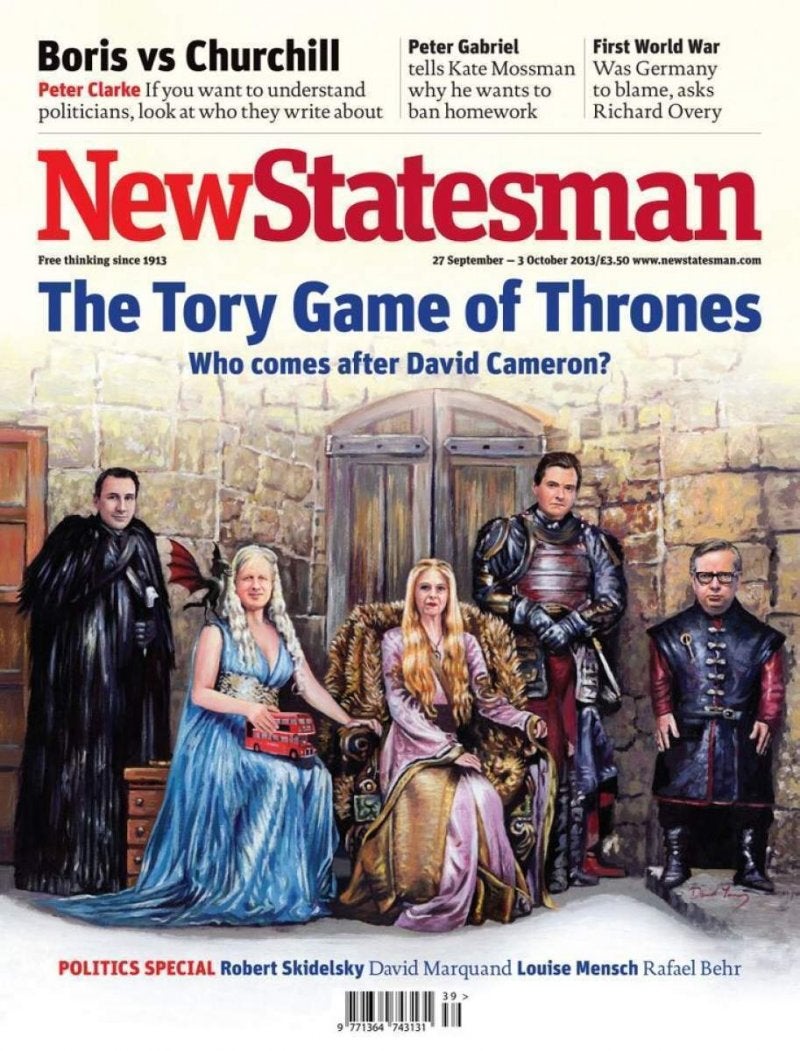 Your Mole awaits Ed Miliband’s completion of the “Which Doctor Who are you?” quiz with great interest.