On Saturday, the Gloucester Goes Retro festival saw the cast of the popular BBC One war comedy ‘Allo ‘Allo! reunite, 26 years after the show went off air.

They wore their original costumes and posed for some press pics, but the snaps led to some misplaced outrage online.

Columnist Yasmin Alibhai-Brown appeared to mistake the cast reunion as an example of “the real scary threat posed by the hard right” – as opposed to the accusations of anti-Semitism that have been levelled against the Labour party. 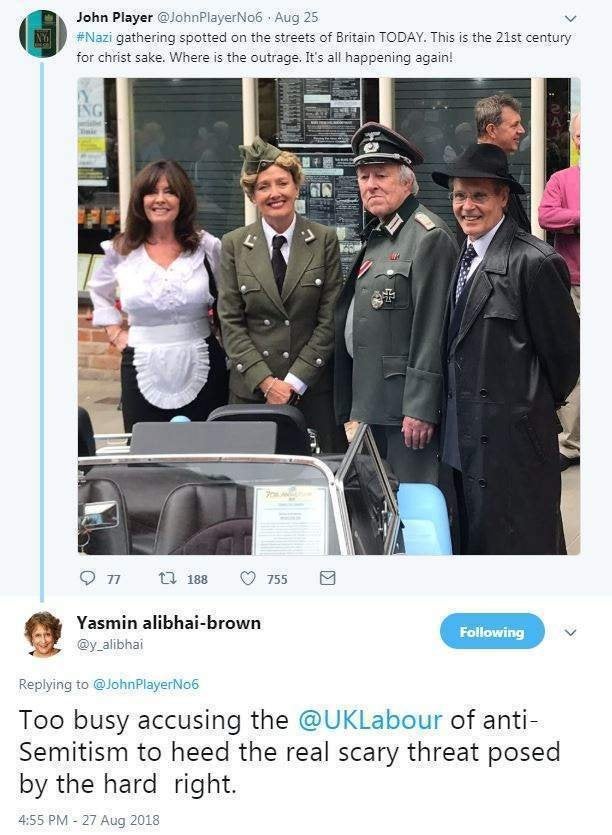 Despite the online ridicule, Alibhai-Brown’s response wasn’t entirely off the mark. ‘Allo ‘Allo! was reportedly set for a comeback in 2016 (when other classic sitcoms like Porridge, Keeping Up Appearances and Are You Being Served? returned as a one-off), but the BBC ruled it out – apparently because it felt modern audiences wouldn’t respond well to its Nazi characters getting airtime.

And with the far-right flames of populist fascism fanning into the UK, you can certainly see why.