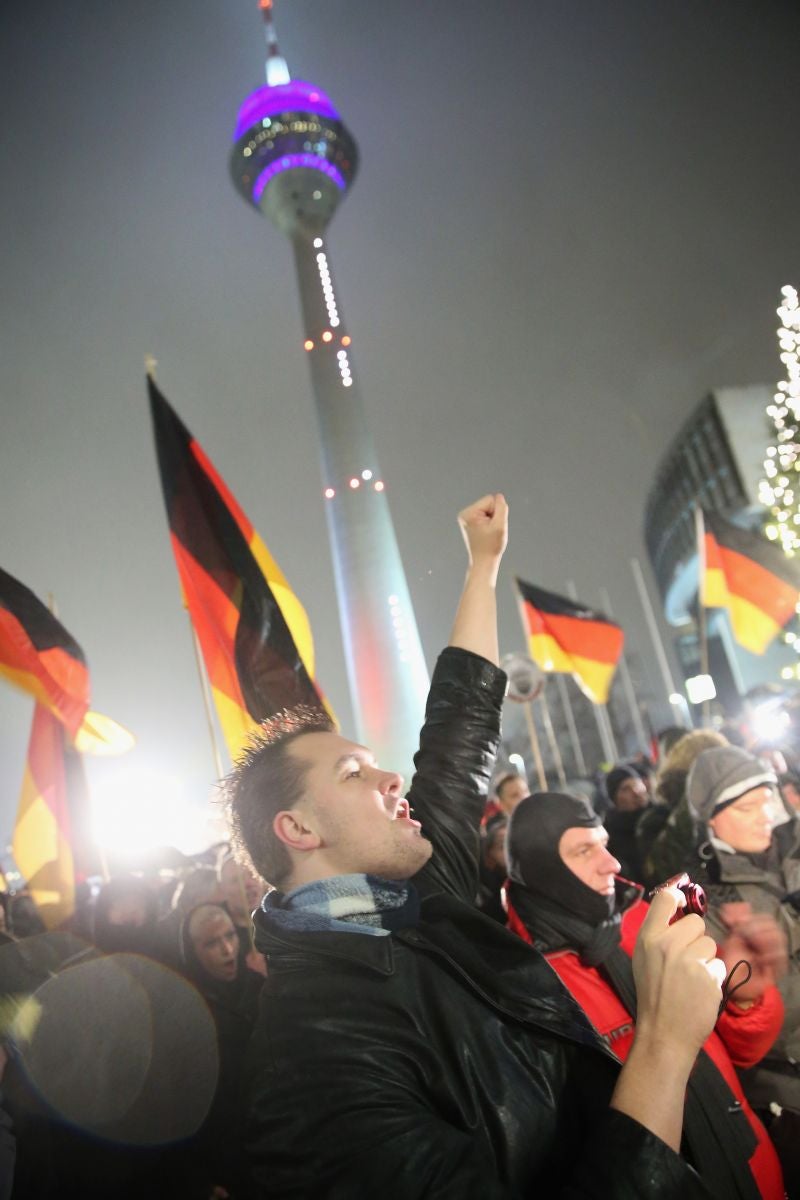 Supporters of Pegida gather in Duesseldorf before Christmas. Photo: Getty 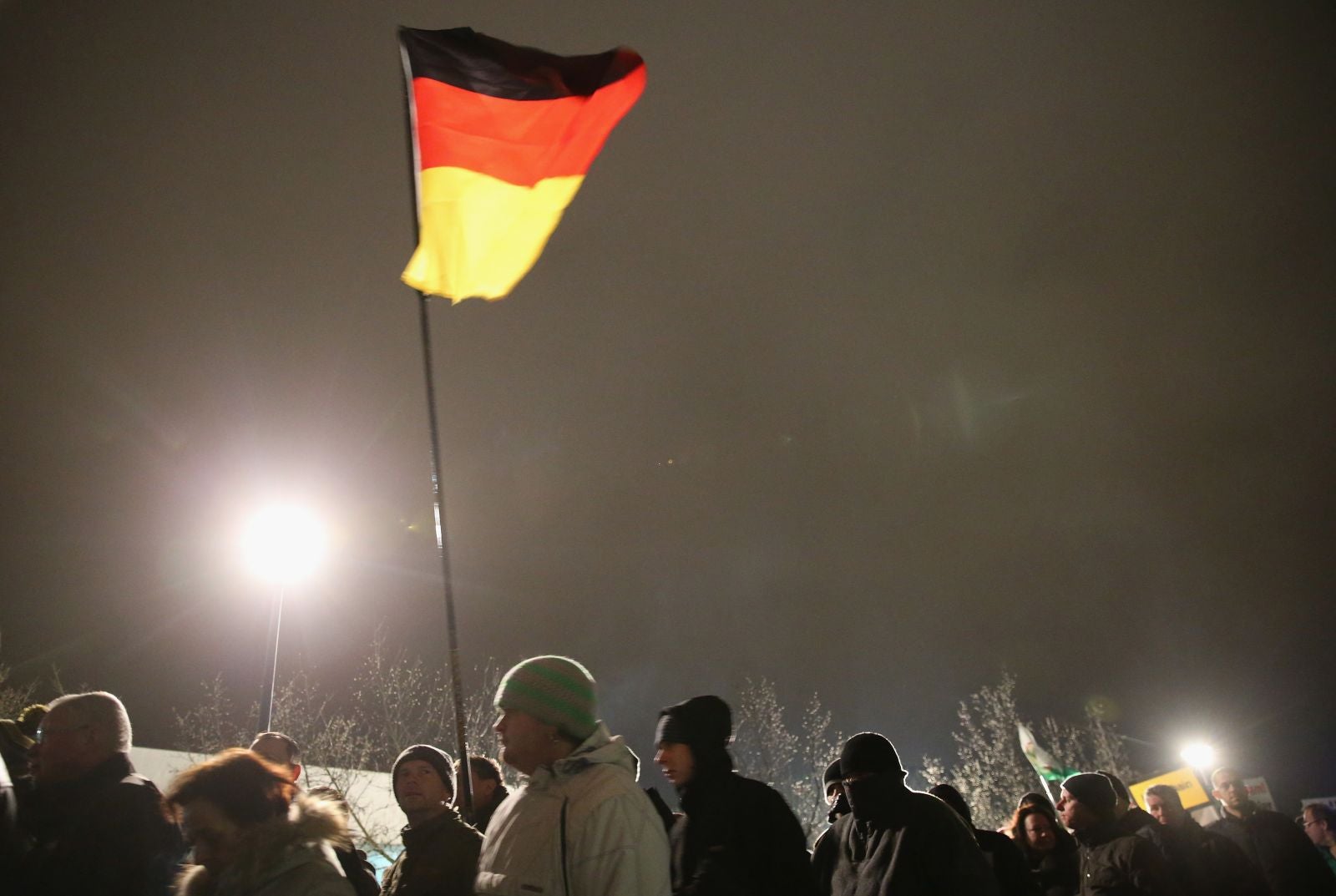 The German flag is ubiquitous at these protests. Photo: Getty 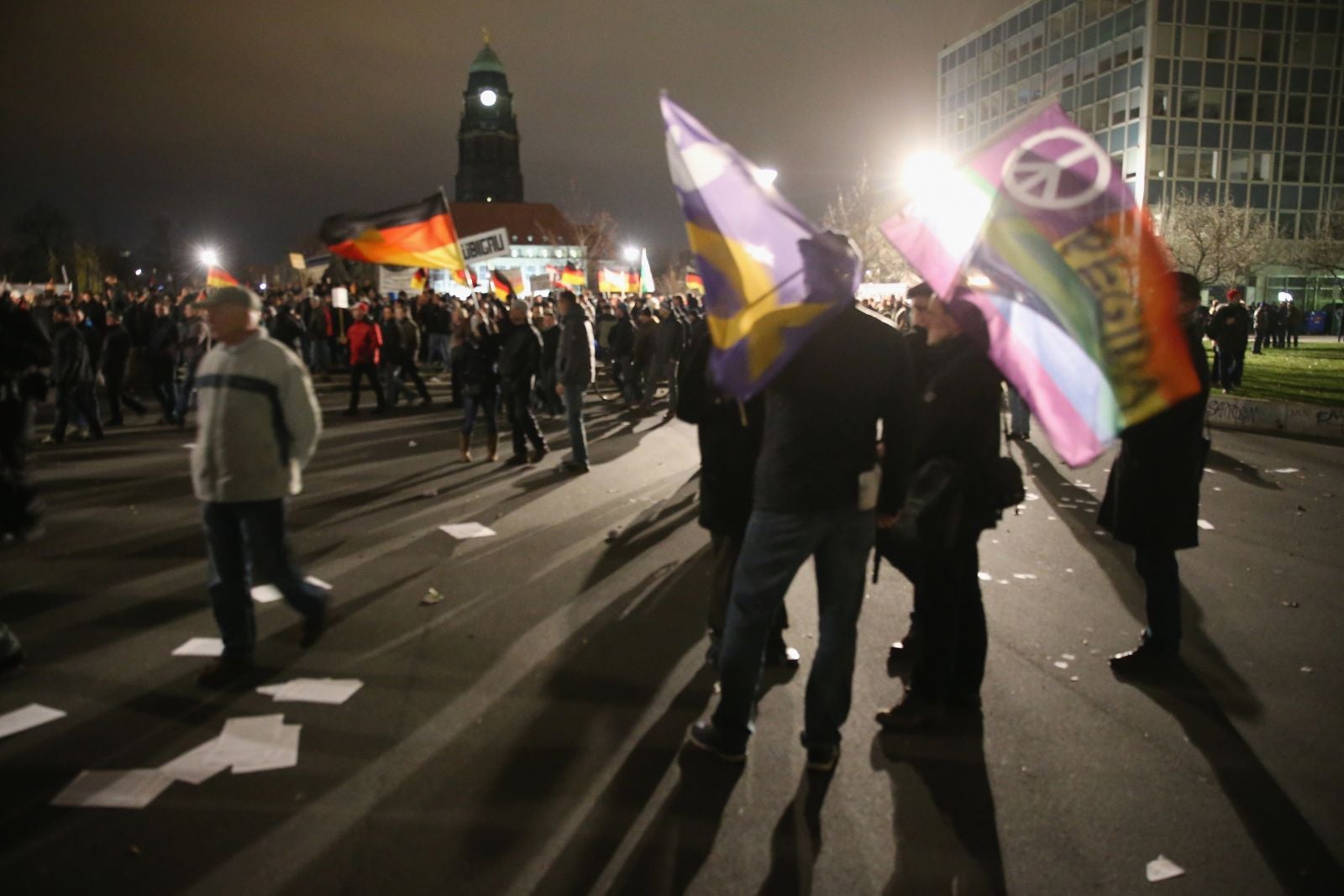 The protesters begin to gather in Dresden, which built up to a record 18,000 Pegida supporters turning out on Monday. Photo: Getty 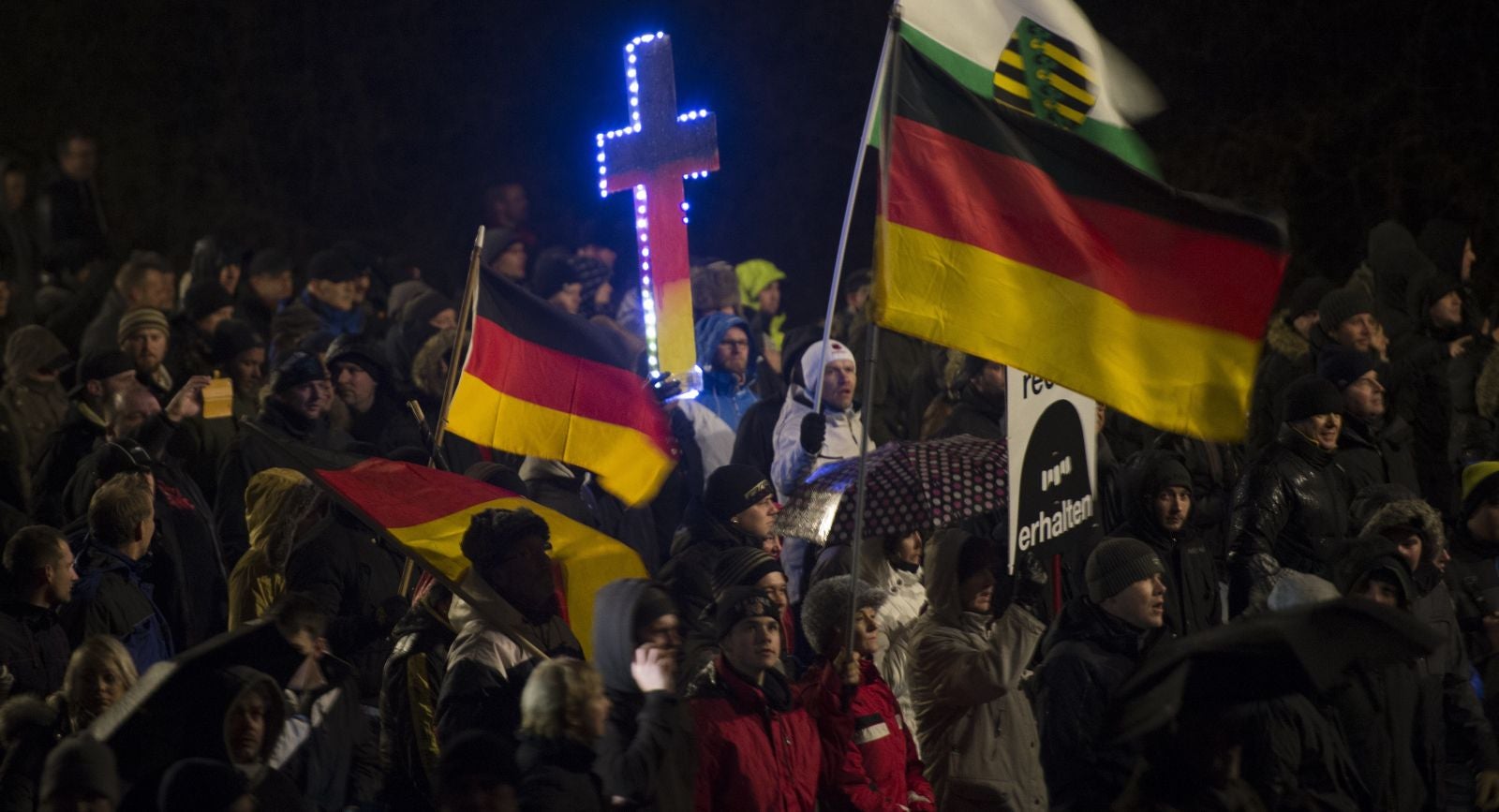 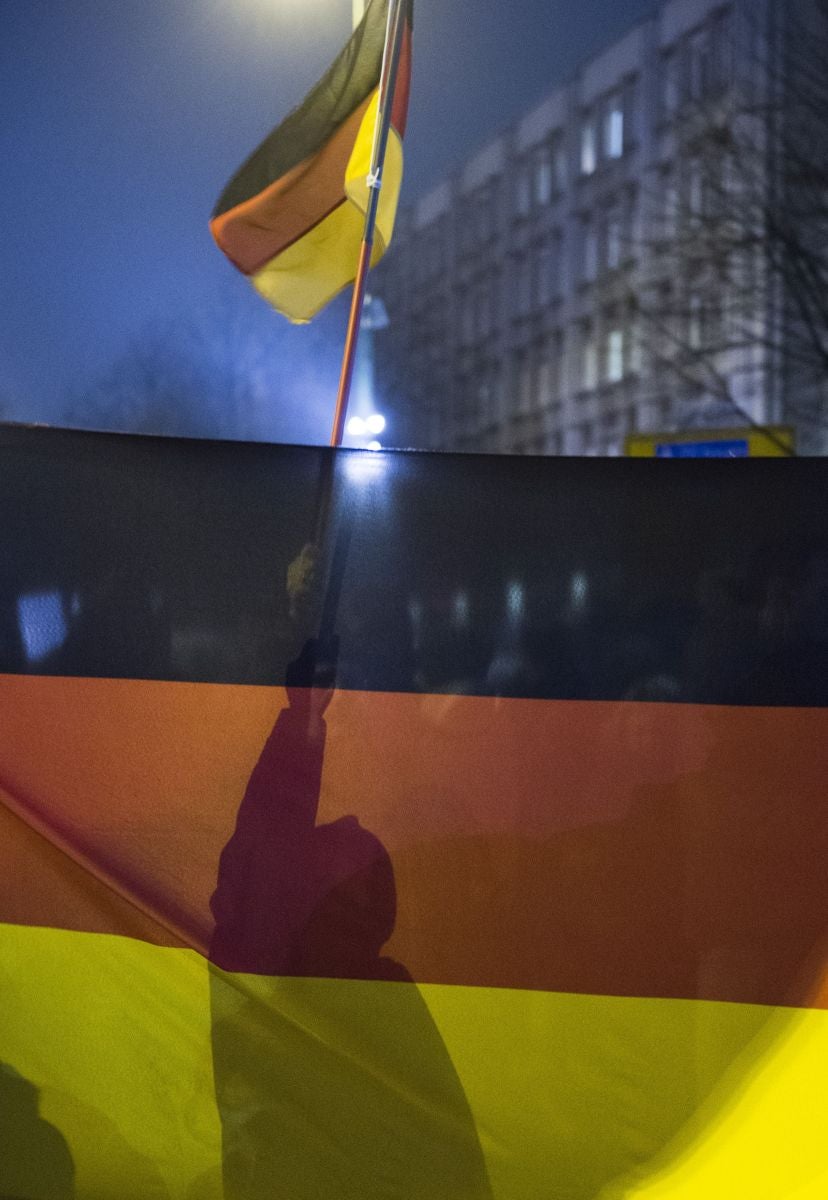 A demonstrator behind a huge national flag. Photo: Getty 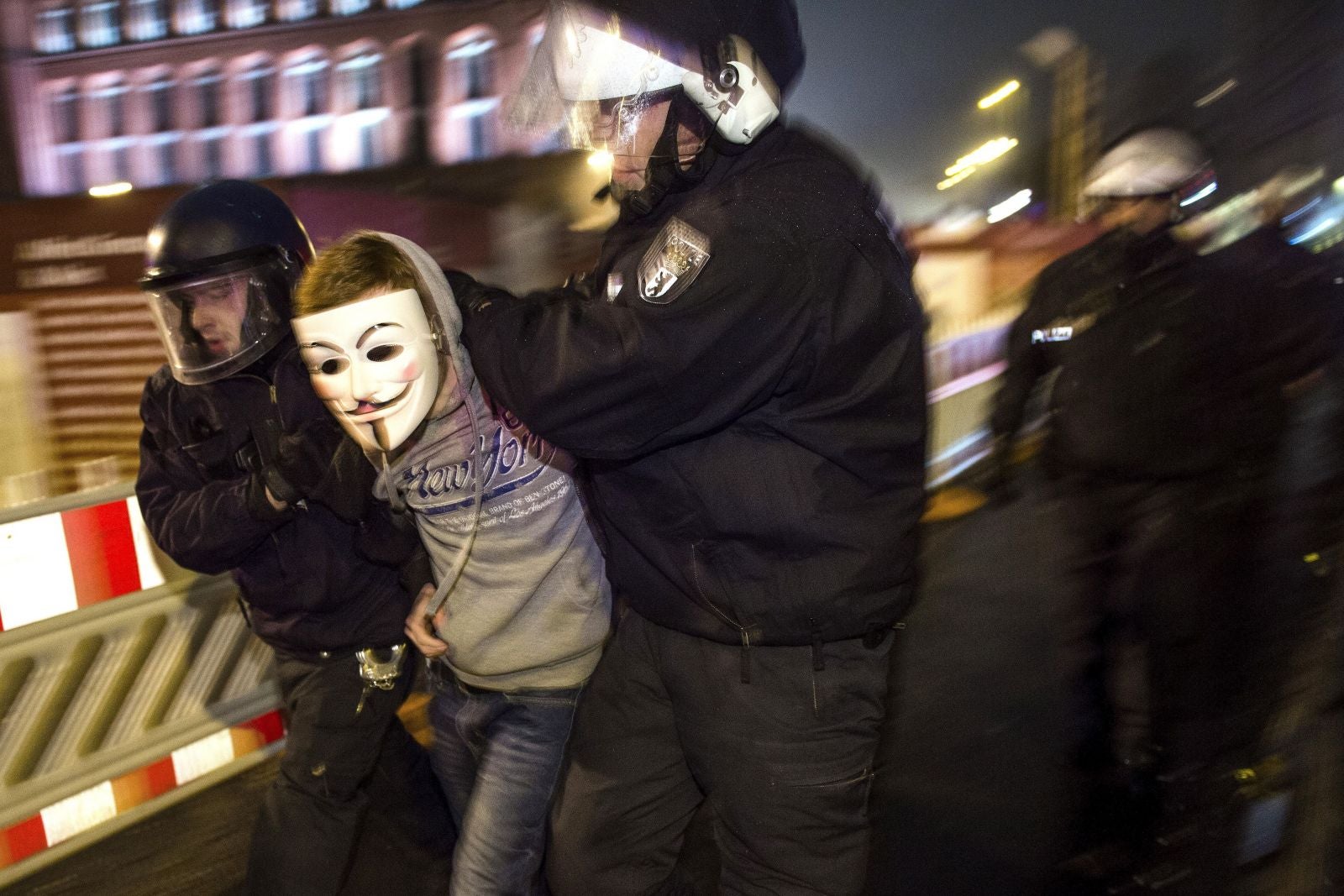 An anti-Pegida protestor in Berlin is arrested by police for refusing to leave the street during the demo. Photo: Getty 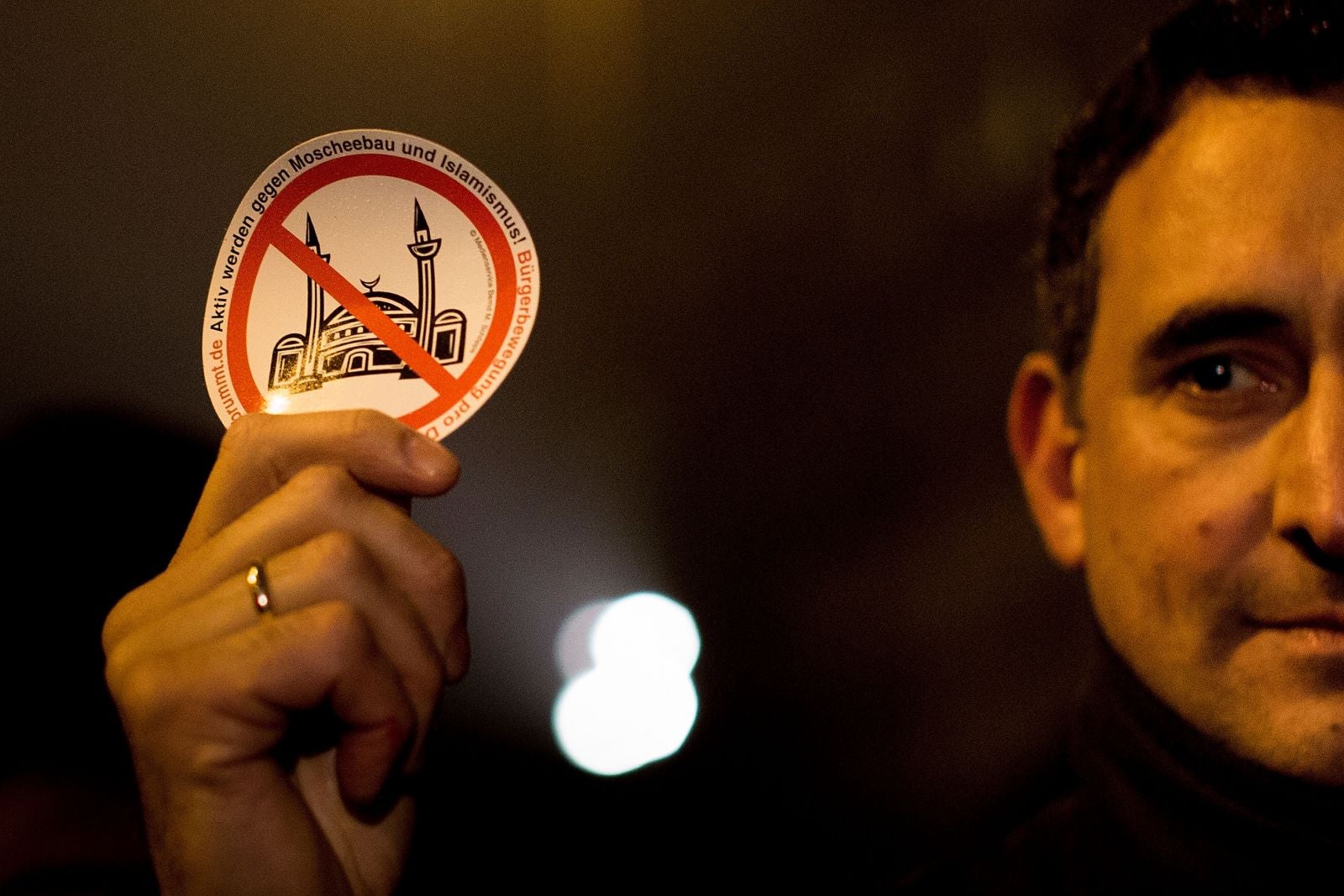 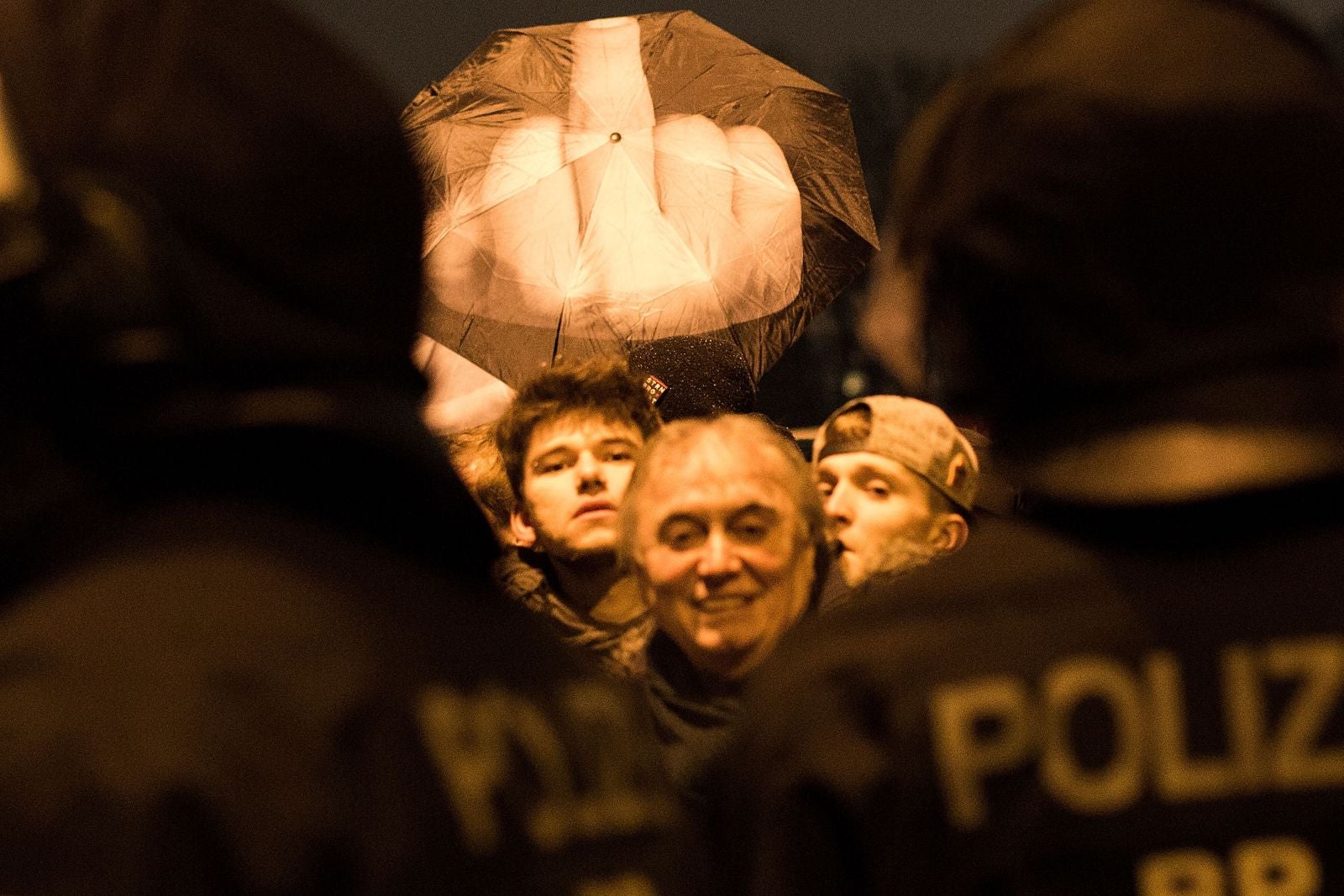 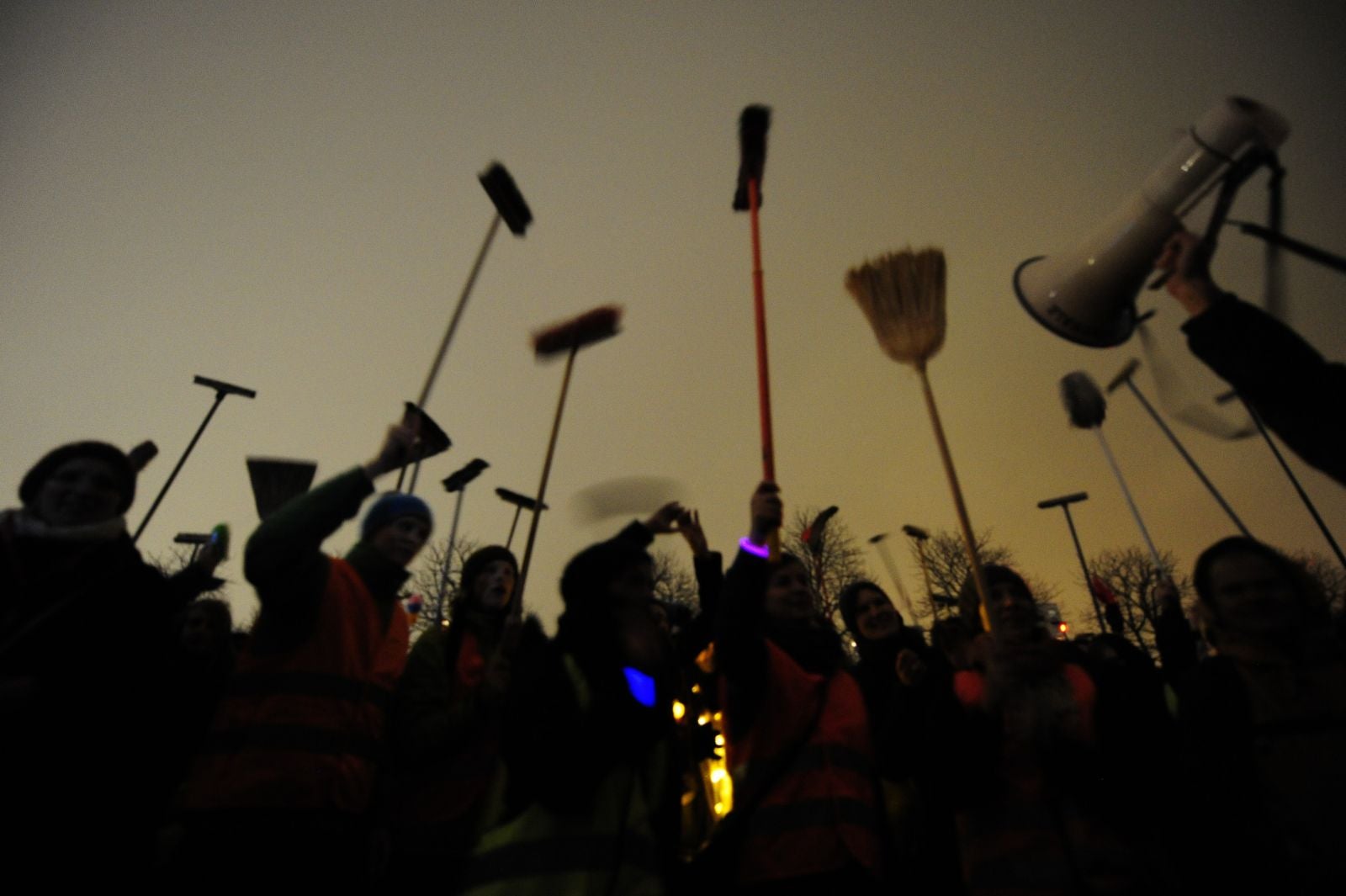 Anti-Pegida protestors do a dance with brooms in Dresden. Photo: Getty 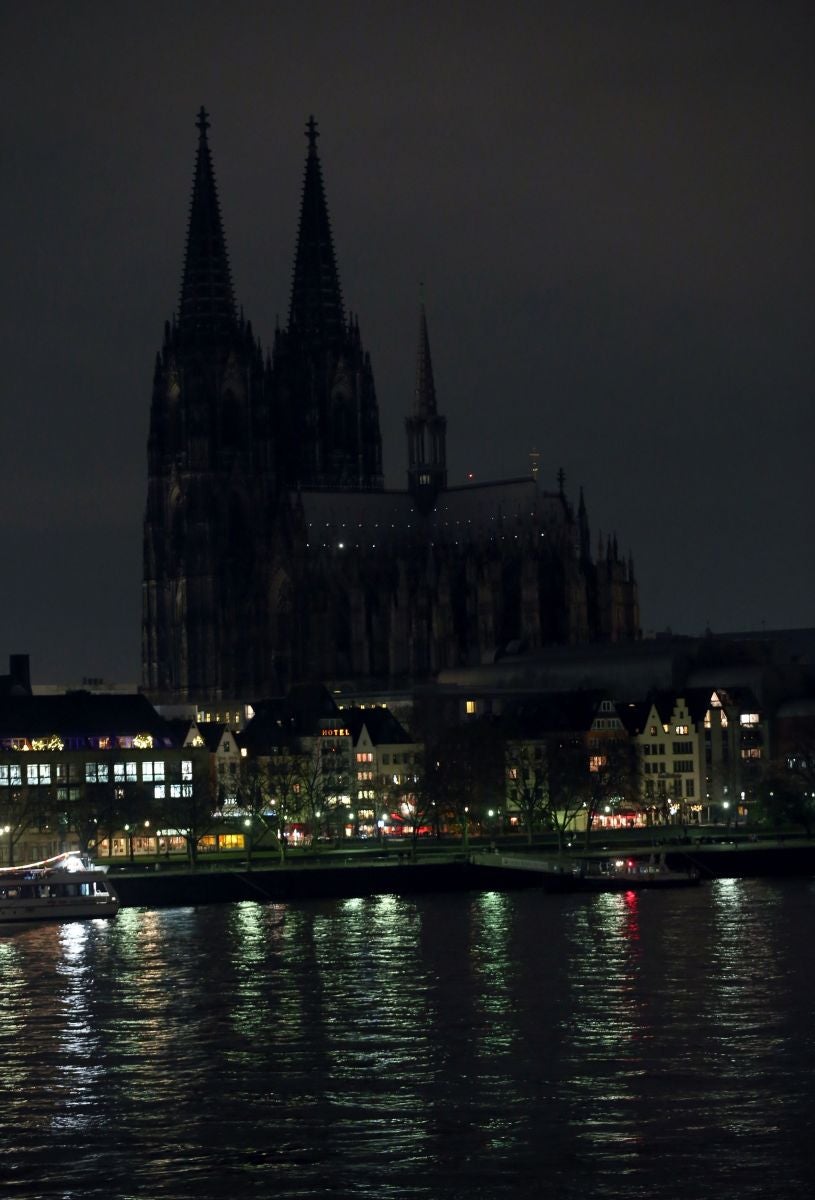 Lights to illuminate Cologne’s landmark cathedral are switched off in protest against the Pegida rally. Photo: Getty