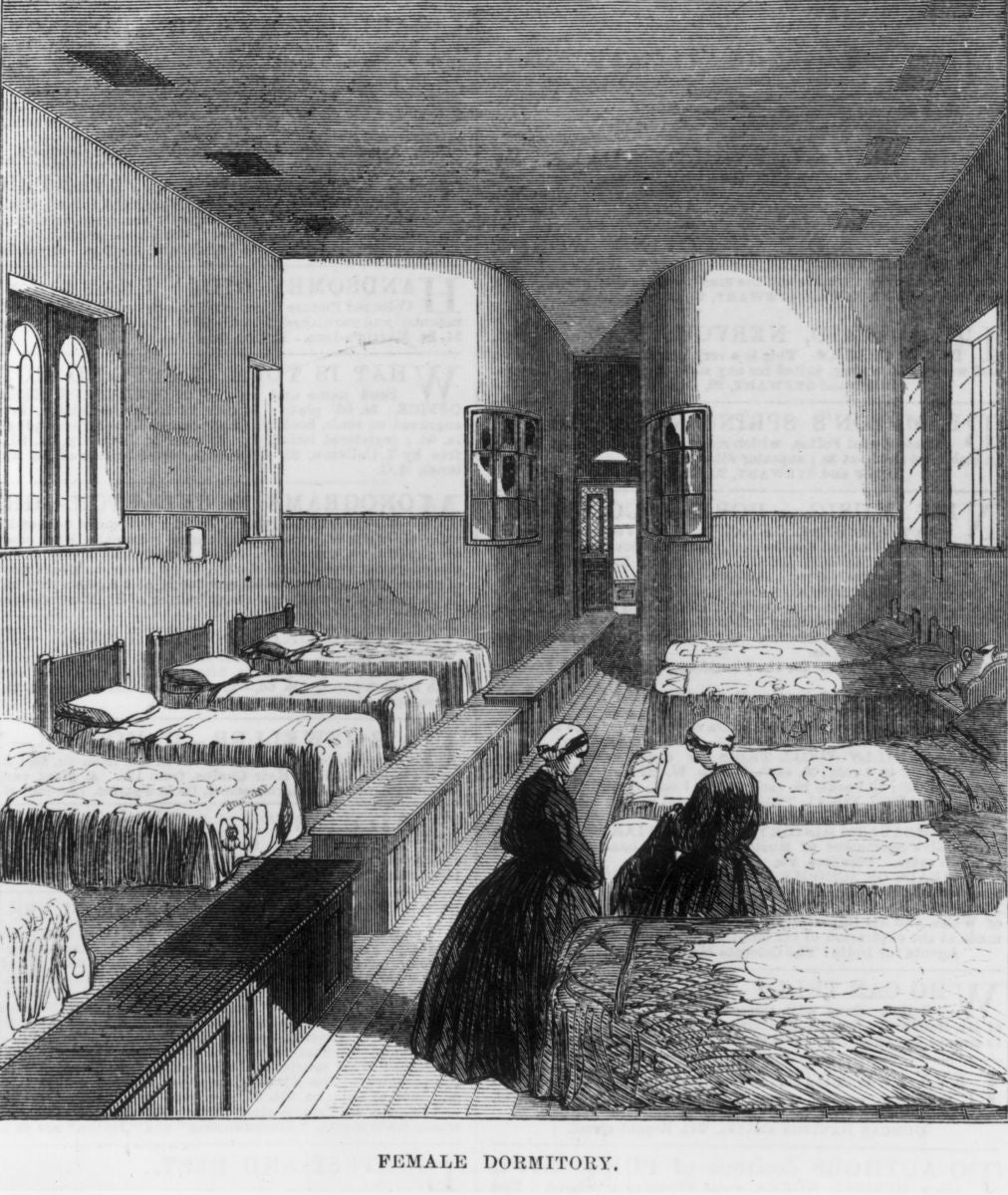 A female dormitory at the Broadmoor Asylum in 1867. We haven’t moved on as far from this as we like to think. Photo: Hulton Archive/Getty Images

I supposed I should be horrified that a 16-year old girl suffering from severe mental illness was forced to spend two nights in a police cell while waiting for a hospital bed. I’ve tried to be but I’m not. The whole thing seems so fitting for a country in which the most painful aspects of mental illness remain behind closed doors. Stigma might be talked about in the vaguest of terms – we might even be familiar with the one-in-four statistic – but wanting to care about mental illness is not the same as actually caring.

The truth is, most of us don’t care about those suffering from severe mental illness, at least not when the latter are showing obvious symptoms. We want “the mentally ill” to be witty, insightful, inspired by their torment, or failing that, at least out on the other side (“I have good days and bad…”). That mental illness can be ugly, unremitting, embarrassing, hopeless, is not something for which our standard narrative allows. Is it any wonder, then, that we don’t have resources to cope with the kind of crises in which individuals require full, unconditional support? Is it at all surprising that, according to Mark Winstanley of Rethink, “each year thousands of people with severe mental illness are being held in police cells”? After all, they must be somewhere. We know they exist, if only because of the few occasions when their suffering holds our interest.

The Daily Mail reports on the “Fury as mentally ill girl, 16, is kept in police cells for two nights”. But it’s the same Daily Mail that delights in emphasising severe mental illness as a causal factor in violent crime, and which merrily lists new supposed “causes” for schizophrenia – soil, cat faeces, air pollution – without focusing on the needs of sufferers in the here and now (unless it’s in a foreign country, in which case disapproval of someone else’s brutal approach to treatment is de rigeur).

Last week Deputy Prime Minister Nick Clegg announced the formation of a new mental health taskforce. Buried in amongst the hopeful rhetoric on “turn[ing] a corner on outdated attitudes” and “the whole of society […] providing […] care and support” were some pretty clear expectations:

One in four people in the UK will experience a mental health problem and it costs the country more than £100 billion. This is too big an issue for the NHS to deal with alone.

The whole of Government needs to combine its efforts and pool its resources to help the millions of people whose mental health condition is preventing them from getting on in life.

You get the sense that people with mental illness are seen as a drain. We need to help them “get on in life”. Terrifying them with Work Capability Assessments isn’t working. How do we make them more productive? We’ll “fight stigma” (but in the meantime, let’s not allow those prison cell beds to get cold).

As a recovered anorexic who still suffers from mild depression, I have the kind of mental health background that is easy to sugar-coat. It is not without pain but I am functional. I could tell you all about My Road to Recovery or My Anorexic Hell. I still embarrass people when I mention the worst parts, but at least I now know how to edit the whole sorry tale. I know it’s not like that for everyone. The last time I was in hospital I discharged myself early because I didn’t want to be around “the really mad people”. I was both frightened and disgusted by them. I am ashamed of this – deeply ashamed – but not so much that I don’t forget about them most of the time. Other than for people who are very close to me, my concern for severely ill patients is fragile, easily destroyed by all the things I don’t understand.

Recently I’ve been reading Elaine Showalter’s The Female Malady, a study of madness and English culture between 1830 and 1980. It’s one of those books that allow the reader to look to the past and feel horror – and perhaps a little smugness – at how far we’ve come. Gone are the days of Victorian “moral management”.  Psychiatric Darwinism, with its obsessive focus on eugenics, is no more. We no longer send “difficult” relatives and recalcitrant women to waste away in institutions. It is tempting to think of ourselves as enlightened. But mental illness is still with us, and so too is prejudice and neglect.

What would someone from the future, writing about mental health care in one of the world’s wealthiest countries, say about us? Can you believe they used to lock people with severe mental illness in police cells? Can you believe they used to find a reduced life expectancy of 20 years perfectly okay? Can you believe that schizophrenia patients were characterised as violent and dangerous? Can you believe that politicians used to talk about combatting stigma while allowing anyone who couldn’t be a poster child for mental illness to waste away? If we cannot summon up the empathy to be shocked right now (not just at one news story, but at all the lives being written off every day), then I hope those who come after us will be shocked on our behalf. And I hope they are shocked not because, as ever, it’s easier to judge the past than the present. I hope they are shocked because they’re better people than we are managing to be.