The next election is shaping up to be one of the most bitterly fought – and most difficult to predict – in a generation. Labour and the Tories, which once attracted 96 per cent of the vote between them, are now both mired in the low 30s. Ukip is draining support from the Tories’ right flank (and may hurt Labour in its northern seats, too), while the Liberal Democrat vote has been significantly reduced by the party’s decision to enter a coalition with the Conservatives.

Amid the day to day churn of politics, it can be hard to separate fact from opinion, and wild speculation from well-sourced predictions, as well as to distinguish between “the signal and the noise”. Today we’re launching our new election site, May2015.com, which aims to give readers the tools they need to understand the big currents underlying so much of British politics.

May2015 will be edited by Harry Lambert – who approached us with the idea of a specialist election portal earlier in the year. He will be helped by regular analysis from New Statesman political editor George Eaton, and commentary and on-the-ground reporting from acting Staggers editor Anoosh Chakelian and NS contributor Tim Wigmore.

Even in a season of goodwill, I look back in anger at the Tory mess that was 2022

The first bit of May2015 we’re most excited about is our poll of polls – an interactive element allowing users to see all the election data produced by polling companies back to 1970.

We’ve put in some specific dates to start you off. Here, for example, is a graph to make Labour supporters weep: behold the levels of support the party enjoyed during the early Blair Years:

Meanwhile, here is a graph of all polls aggregated since the last election. At the left here we can see what happens when a smaller party with many left-wing supporters goes into coalition with a right-wing party.

You can do all kinds of fancy stuff with the data – from looking at an individual news event’s impact on polling, to charting broad historical moves in voter behaviour.

Our other flash gizmo is our seat calculator. Harry and our developer, Tom Monk, have worked out the maths linking constituency majorities and overall vote share – so you can see exactly how different levels of support are likely to translate into seats.

This is what today’s polls predict:

And here is how mad everyone would have to go in order for Ukip to win a Commons majority (yes, they would need 37 per cent of the vote under our default model): 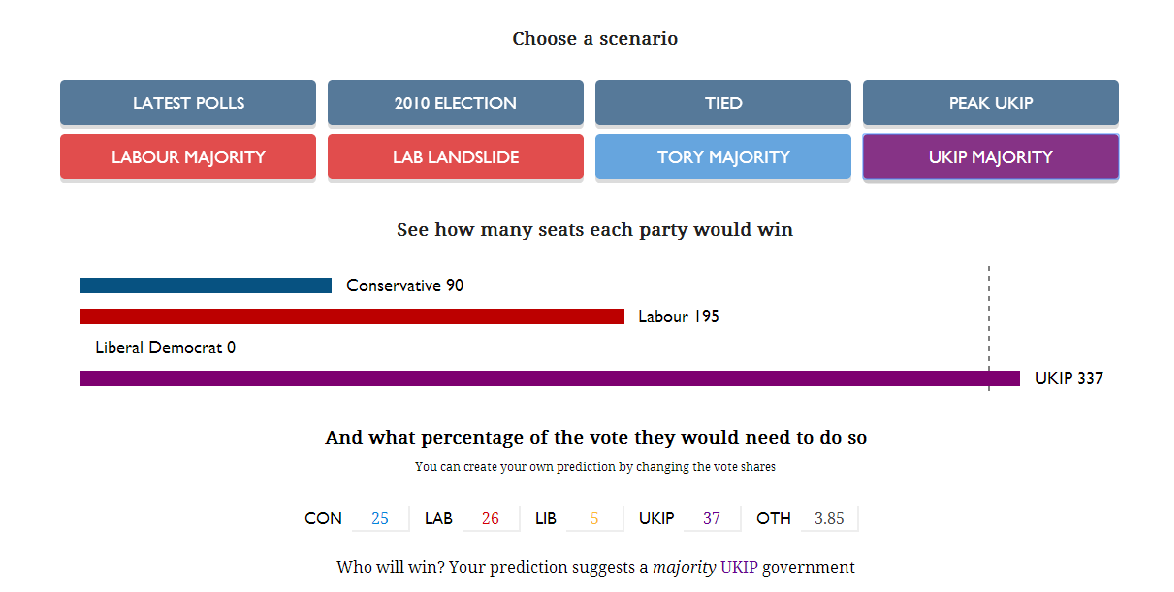 Once you’ve finished looking at our pre-set scenarios, you can input your own figures into the percentage boxes to model different outcomes. You will also be able to see the likely result in each seat given the parties’ overall percentages: 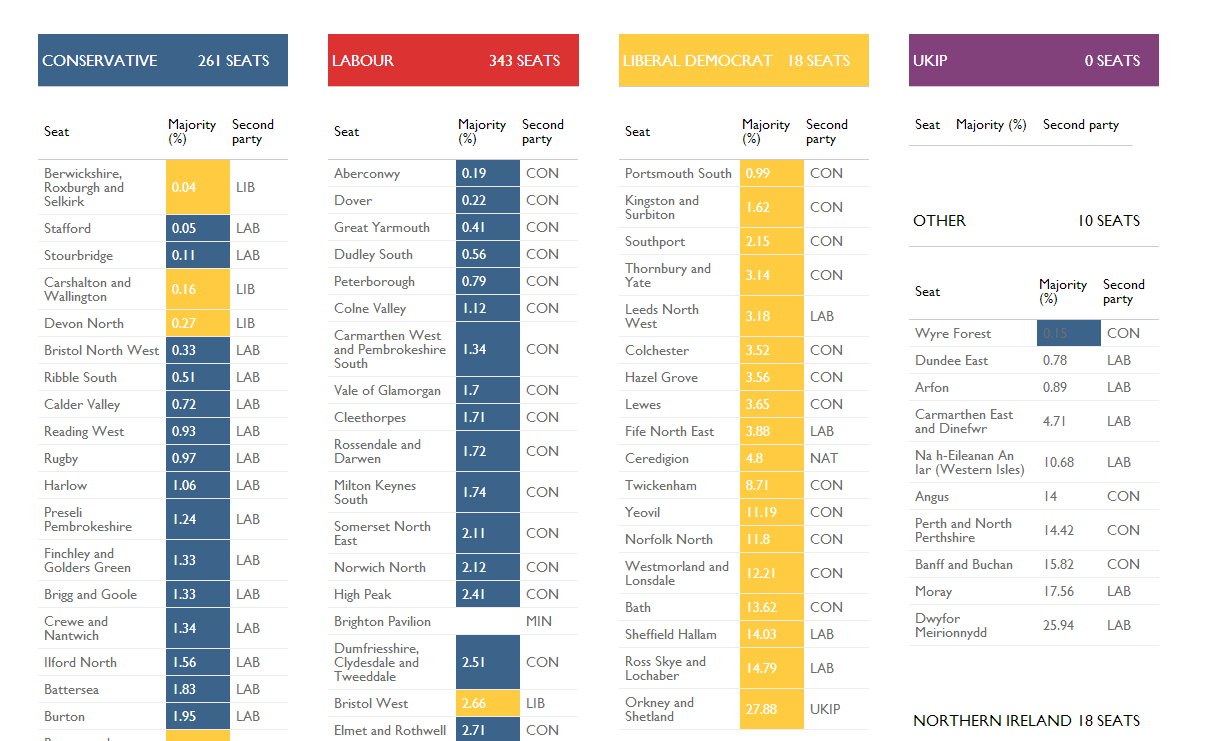 All in all, there’s a veritable smorgasbord of nerdery. Alongside these interactive elements, Harry and the team will be providing topic-based analysis of the election – what issues really get people going? – as well as on-the-ground reporting from some of the country’s most interesting marginal constituencies.

The site is launching in beta now; we hope to refine it and expand it over the next few months as the election approaches. If you have any comments or feedback, get in touch with Harry via email (harry.lambert@newstatesman.co.uk) or on Twitter: @harrylambert1.