Now imagine them cruising along the traffic-choked streets of Shanghai and Beijing, and ask: what could possibly go wrong?

All this is the vision of Baidu, China’s largest web services company and search engine, which last Thursday confirmed rumours that it’s been developing a riderless “smartbike” for China. Like Google, the firm is sitting on huge amounts of geo location and map data, which it’ll use to create navigation systems. A spokesperson told the Chinese news website Sina that the bikes would also “use intelligent sensors and big data analysis to know the owner’s requirements and health index”. They’ll also, one hopes, be able to spot obstacles and avoid them.

Baidu’s take on the unmanned transport trend seems canny, as bikes are a huge market in China – the Earth Policy institute reported in 2010 that there were 430 million cyclists in the country. Electronic bikes (or “e-bikes”), which travel up to 30 miles per hour, have also seen a surge in popularity in the past 10 years, with 200 million sold in the country by 2013. That’s good news for Baidu: people are keen to travel on two wheels, but not so keen to actually pedal.

The bikes could also make life easier for China’s plethora of cycle courier services, by allowing them to carry packages to destinations without a rider – essentially like a grounded version of Amazon’s delivery drones.

When all this will come to fruition is not exactly clear: the spokesperson said the plans were “long-term” and wouldn’t confirm when the bikes would be on sale.

It’s not the first time Baidu has followed in Google’s footsteps when it comes new technology. Since mid-2013, they’re been working on prototypes for the Baidu Eye, a headset with a screen with face recognition and image search which responds to voice commands, and which bears no resemblance whatsoever to Google Glass: 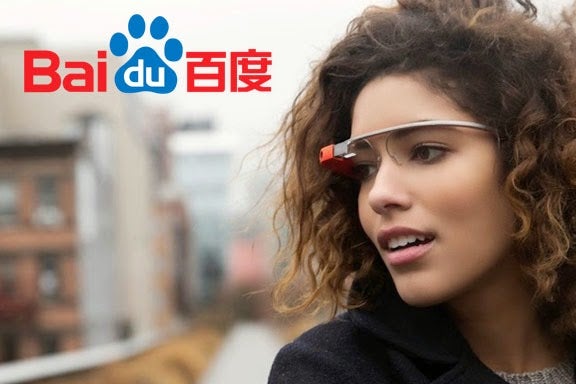