One of the cabinet ministers yet to settle with the Treasury over cuts in next week’s Spending Review is Vince Cable, with Rachel Sylvester reporting in her Times column this morning that the Business Secretary is “refusing to agree cuts in higher education”, which accounts for by far the largest share of his budget.

Cable recently argued that “in a rational world” we would be increasing funding on universities, – and he was right to do so. Even before the recent cuts to higher education, which will total 40 per cent by 2015, the UK was one of the lowest spenders in the OECD (see graph). As a proportion of GDP, we spent less in 2009 (the most recently available figures) than every OECD country except Japan (just 0.6%). 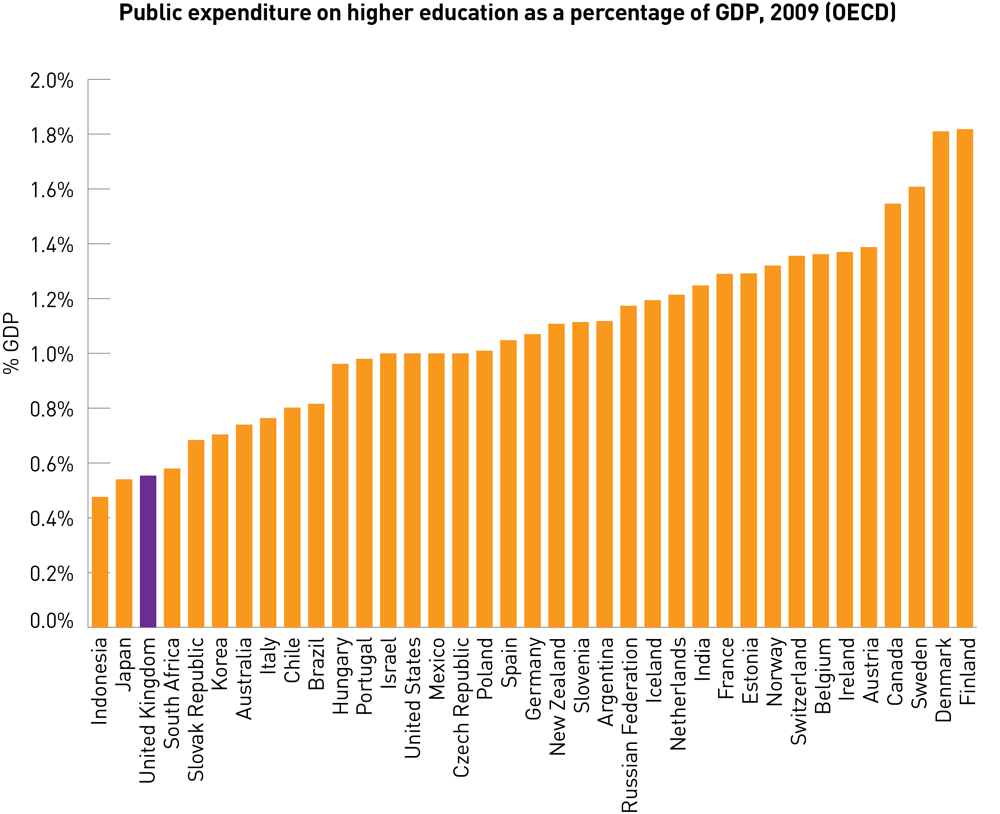 The situation is little better when we take into account private investment, which amounts to 0.7%. In total, the UK spends 1.3% on higher education, less than every other OECD member state except Slovakia (0.9%) and Italy (1%).

Yet unless the government adopts the politically unpalatable course of raising the tuition fee cap, university funding is set to be cut by as much as 8 per cent (and potentially even more if the science budget remains ring-fenced). The situation is not aided by the government’s economically disastrous immigration cap, which will cost the sector hundreds of millions by shutting out new foreign students. Let us hope, then, that what Cable described as the “rational argument for government investment” in research and teaching prevails.