Well that’s me told. Back in January, a couple of weeks before David Cameron delivered the speech in which he first promised an in/out referendum on Britain’s European Union membership, I wondered whether the Prime Minister’s “Global Race” story was pro-EU or anti.

It could go either way (which is, I suppose, the purpose of a plastic slogan). The demands of creating slim-line, super competitive, non-bureaucratic, low tax economy might militate against the onerous obligation to run every decision through Brussels. Or, the prospect of a future in which the rules of trade will be dictated by continental Titans – the US, India, China – might make it imperative that the UK amplify its power in the only forum that can match those beasts for market heft, which is the EU. Which way would Cameron jump?

Now we have the answer, and it isn’t going to go down well on the right of the Conservative party. In a speech today on the topic of Britain’s role in the world, Cameron makes it clear that he sees EU membership as a race-winning supplement not an obstacle:

Another key part of that effort is our place at the top table. At the UN. The Commonwealth. NATO. The WTO. The G8. The G20. And yes – the EU. Membership of these organisations is not national vanity – it is in our national interest. The fact is that it is in international institutions that many of the rules of the game are set on trade, tax and regulation. When a country like ours is affected profoundly by those rules, I want us to have a say on them. 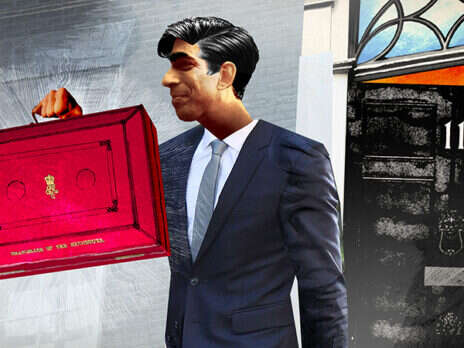 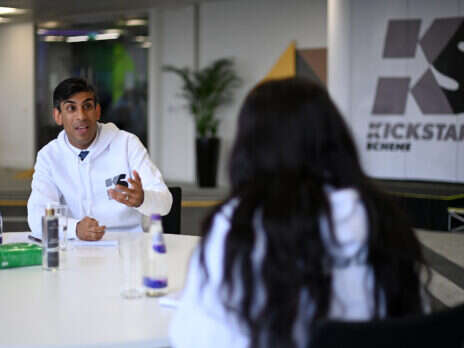 This should be an uncontroversial statement. There is no credible model of Britain’s relations with the rest of Europe that doesn’t require deep integration with the single market – the agreed space for internally consistent trading rules, allowing free cross-border movement of goods and labour. The obvious way to make that arrangement work to the UK’s advantage is to be one of the countries at the negotiating table when new regulations are discussed. Leaving the EU would mean ditching the right to change the rules while, in most cases, still being bound by them. If you want to be all purist about the sovereignty issue, that sounds like being “out” involves a greater surrender of national autonomy than staying “in”.

Cameron will have been prompted to make this intervention by alarmed noises emanating from British exporters. Although business leaders are generally reluctant to get involved in political controversies, the message being passed to Downing Street is that wild speculation about the UK walking away from the EU table is most unwelcome. London’s diplomatic influence in Brussels is already waning with alarming speed.

Of course, the hardline sceptics see this as typical lily-livered Europhilia. The rest of Europe needs the UK’s market and wants to export to us as much as we want to export to them. A mutually beneficial deal, say the sceps, can be done that keeps the benefits of free trade and junks all the pseudo-state apparatus of legal and political integration. Besides, if the future of trade is with China, India and Brazil, why shouldn’t the UK strike out alone, in true buccaneering fashion, no longer “shackled to the corpse” – as some Tory MPs describe it – of a sclerotic, statist, debt-laden, enfeebled Eurozone. (What this argument likes to ignore is the way that Germany manages quite happily to sell six times as many goods to China as the UK while remaining entirely enmeshed in institutional apparatus of the EU. For more on that, and other rebuttals of the anti-EU case, I recommend this article by Katinka Barysch of the Centre for European Reform.)

The reality, of course, is that the anti-EU position begins with visceral, nationalist hatred of the whole project and then retro-fits libertarian ideas to make quitting sound economically feasible. It is to Cameron’s credit that he doesn’t play that game and that, ultimately, he recognises the long-term strategic advantages of active engagement in Brussels. Where it gets a bit awkward is if he follows that logic to ponder which powers he seriously wants to “repatriate” as part of his planned renegotiation of Britain’s EU membership.

If, as his speech today implies, he wants Britain’s role in Europe to be advancing an agenda to boost competitive reform within the single market – playing “global race” personal trainer to the rest of the continent – he won’t want to spend too much diplomatic capital demanding special UK exemptions from EU law to satisfy his insatiable back benchers. He knows that a British Prime Minister has better things to ask for in Brussels than concessions that Ukippers and Tory militants will in any case jeer as inadequate. By acknowledging today that participation in the EU project is part of the solution not the problem of British competitiveness, Cameron has finally outed himself as a “good European.” Very brave, Prime Minister.