One of the critical skills of any student of politics — professors, journalists, public servants, writers, politicians and interested members of the public included — is to somehow look beyond or beneath the bigger headlines and instead focus on those peripheral stories that may in fact tell us far more about the changing nature of society. It was in exactly this sense that I was drawn recently not to the “War in Whitehall” or Cameron’s speech on the UK’s future relationship with the European Union but to a story about the launch of a “smart fork”. The “smart” feature being the existence of a shrill alarm which would inform its user if they were eating too quickly. This, I have quickly realized, is just the latest in a long stream of innovations that seek to nudge individuals towards making better choices about the way they lead their lives (eat less, save more, drive more slowly, etc.). And so it turns out that the “smart fork” is just one of a great series of new innovations that seeks to deliver a form of liberal-paternalism by somehow reconciling individual freedom and choice with an emphasis on collective responsibility and well-being. My favorite amongst these innovations was the “smart trolley”: a supermarket trolley with sensors that beeped (and flashed) at the errant shopper who succumbed to the temptation to place a high-fat product in their trolley. 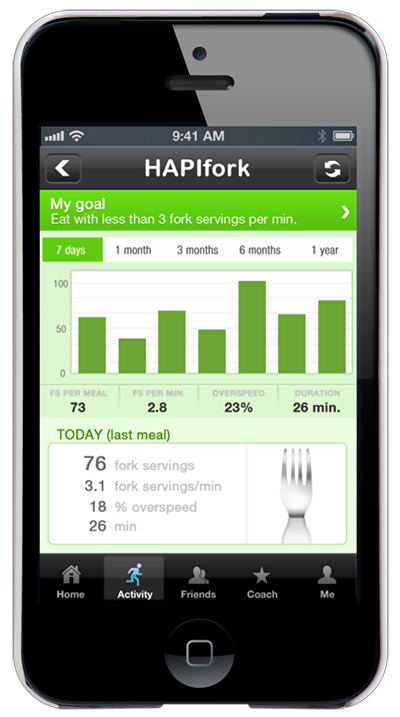 There was something about the idea of a smart fork, however, that I found particularly disturbing (or should I say “hard to swallow”, “stuck in my gullet”, “left a bad taste in my mouth”, etc.?). My mind jumped back to Michael Sandel’s argument that “the problem with our politics is not too much moral argument but too little… Our politics is over-heated because it is mostly vacant.” My concern with the launch of the “smart fork” is that it arguably reflects an unwillingness to deal with the moral arguments that underlie the obesity endemic in large parts of the developed world. If Sandel’s concern about the imposition of market values is that it could “crowd out of virtue” then my own concern is that behavioral economics revolution risks “crowding out thought” in the sense that new technologies may provide little more than an excuse or displacement activity for not accepting responsibility for one’s actions. In the twenty-first century do we really need a computerized fork or shopping trolley in order to tell us to eat less food more slowly, or to buy less high-fat food and exercise more?

The smart fork therefore forms little more than a metaphor for a society that appears to have lost a sense of self-control and personal responsibility. This, in turn, pushes us back to broader arguments concerning the emptiness of modern political debate and to the relative value of the public and private sectors. As Alain de Botton argued in Citizen Ethics in a Time of Crisis, we could ask whether individual freedom has really served us so well as the leitmotif of modern life. “In the chaos of the liberal free market we tend to lack not so much freedom [but] the chance to use it well’ de Botton writes; ‘We lack guidance, self-understanding, self-control… being left alone to ruin our lives as we please is not a liberty worth revering”. Slavoj Žižek paints a similar argument across a broader canvas in his provocative work Living in the End Times. “The people wanted to have their cake and eat it,” Žižek argues; “they wanted capitalist democratic freedom and material abundance but without paying the full price.” He uses an advert on American TV for a chocolate laxative — “Do you have constipation? Eat more of this chocolate” — to mock the modern public’s constant demand for results without ever having to suffer unpleasant side effects.

Although hidden far beneath the front-page headlines, the story of the launch of the smart fork (in Las Vegas — need I say more) highlights the existence of an underlying problem in the sense that most politicians appear either unwilling or unable (possibly both) to tackle the issue head-on. Between 1980 and 2000 obesity rates doubled in the United States to the extent that one in three adults (around sixty million people) are now clinically obese, with levels growing particularly amongst children and adolescents. In this context it may well be that individuals require — even want — not a nudge but a shove or a push towards a healthier lifestyle? If this is true, it is possible that we need to revisit certain baseline assumptions about the market and the state and not simply define the role of the latter as an inherently illegitimate, intrusive, and undesirable one. To make this point is not to trump the heavy hand of the state or to seek to promote some modern version of the enlightened dictator, but it is to inject a little balance into the debate about the individual and society. Is it possible that we ‘hate’ politics simply because, unlike those unfeasibly self-contained, sane, and reasonable grown-ups that we are assumed to be by liberal politicians, most of us still behave like disturbed children (or political infants) who simply don’t want to take responsibility for our actions or how they impact on the world around us? Or — to put the same point slightly differently — if the best response we have to the obesity crisis is an electric fork then in the long term we’re all forked.

Matthew Flinders is Professor of Parliamentary Government & Governance at the University of Sheffield. He was awarded the Political Communicator of the Year Award in 2012. Author of Defending Politics (2012), he is also co-editor of The Oxford Handbook of British Politics and author of Multi-Level Governance and Democratic Drift. Read more of Matthew Flinders’s blog posts and find him on Twitter @PoliticalSpike. This post first appeared on the OUP blog, and is crossposted with their permission.