Hedi Slimane has always liked to use thin male models. At Dior Homme, his skinny silhouette is credited with moving the men’s fashion industry as a whole to narrower cuts, and he inspired Chanel’s Karl Lagerfeld to lose 90lb – on a regime of Diet Coke – to fit into his clothes.

But his show yesterday for Yves Saint Laurent at Paris fashion week was exceptional, even by his standards. This photo sums it up: 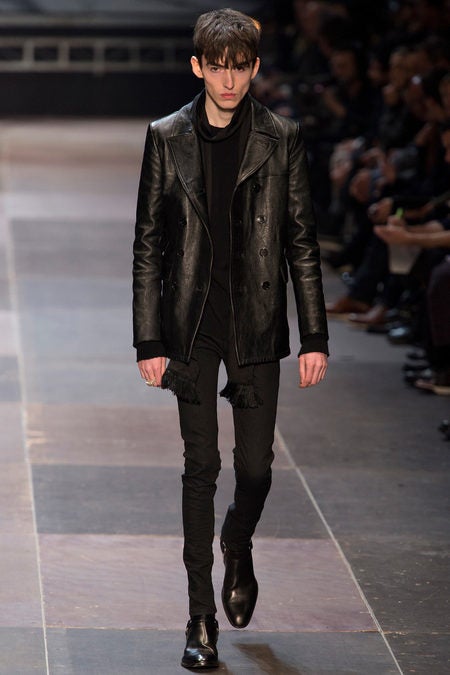 While this model might be totally healthy, he doesn’t look it. The skinniness of his thighs is also an extremely unrealistic shape for the vast majority of men to aspire to.

Here are a couple of the other models (photos from Getty) 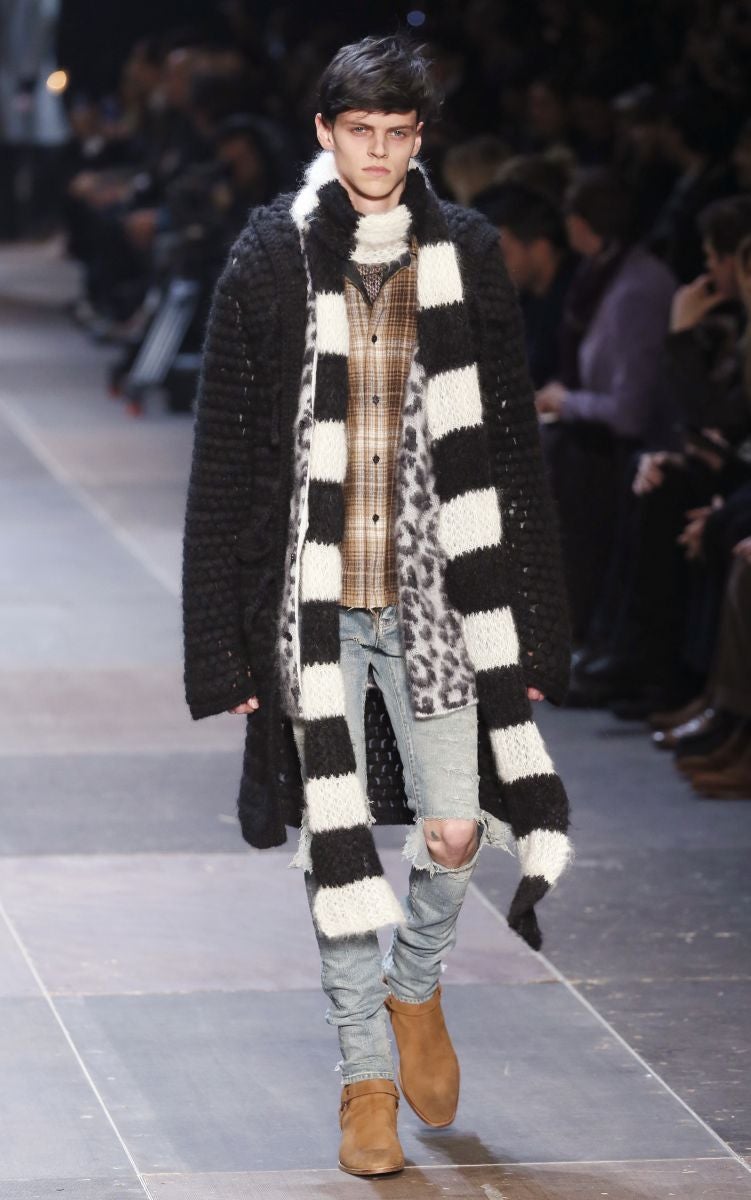 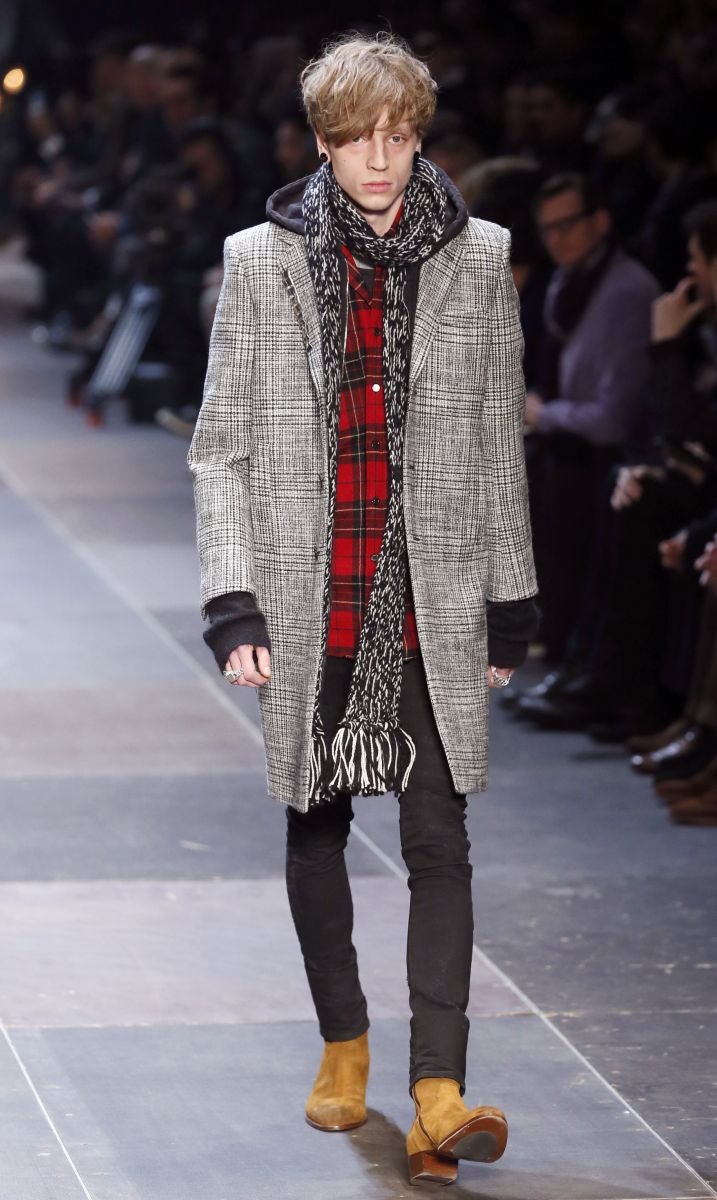 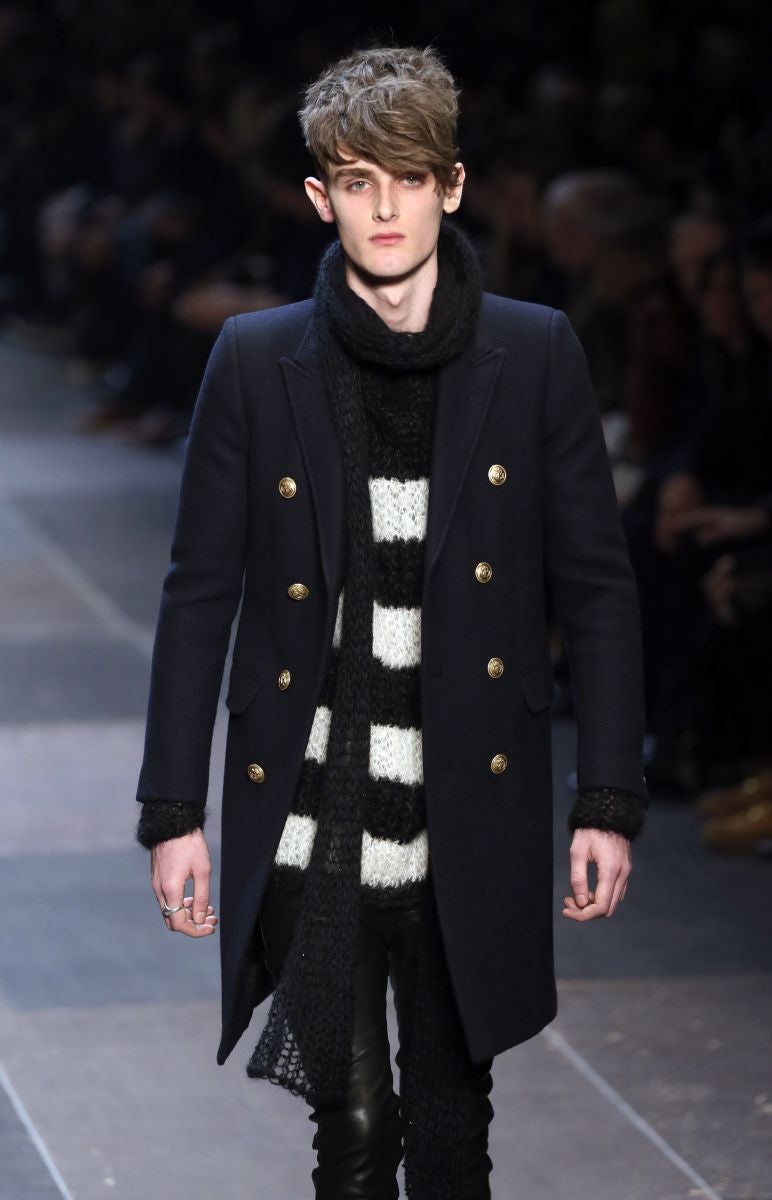 Just how thin are these men? Well, a New York Times story about the increasing thinness of male models gave the vital statistics of Stas Svetlichnyy, as 6ft tall and 145lb (10st 5lb), with a 28-inch waist. And that’s his “top weight”, apparently.

This being fashion, the reviews of the YSL show barely mentioned the extreme thinness of the models. The Washington Post observed that:

The styles were also very young, with slim pickings for older men.

. . .  which is a bit of an understatement, as I can’t imagine many men over 30 have this body shape naturally. The influential fashion industry site Women’s Wear Daily made reference to the models’ shape very briefly, saying:

The first rocker out — pale and gaunt — pointed his Adam’s apple at the photographers and strode out in a lean tuxedo and black shirt, as cocky as Mick Jagger.

This is fetishising thinness, and the appearance of illness, as just another quirky aesthetic choice. And it’s not healthy.

(hat-tip to @isaacjlock for the original picture)