Could it be that the fashion industry is becoming more diverse? Last week saw androgynous womenswear model Andrej Pejic grace the cover of a mainstream fashion magazine for the first time.

Pejic, according to the Serbian edition of Elle, is the ‘boy who shook the fashion world’ – a young man who, when dressed head to toe in John Paul Gaultier and strutting down a catwalk, or posing poutily from the glossy pages of a magazine, happens to look like an extraordinarily pretty girl. Indeed, Pejic embodies all the qualities model scouts look for – litheness, height, and something unique and extraordinary. In this case, it’s long blonde hair, cut-glass cheekbones and come-to-bed eyes. 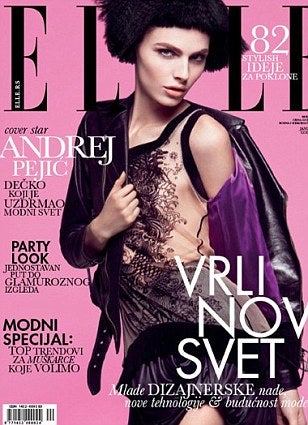 Yet Pejic is also clearly a man. No attempts are made to conceal his wide jaw and his Adam’s apple as he poses in women’s clothing, tiptoeing along the gender binary and flirting with either side. In an industry as homogenised as fashion, he has been seen as a breath of fresh air.

But others have questioned whether his success represents the scourge of female body fascism brought to its logical conclusion. Has fashion’s seeming rejection of female tits and arse meant that the only body now able to fit into the sample sizes isn’t a woman’s at all, but that of a (much less inconveniently lumpy) man? The problem with this line of argument, however, is that the correlation of mounds of doughy flesh with femininity is problematic, as we all know. Not all women have ‘curves’, after all.

Meanwhile, there are those who have argued that fashion’s preoccupation with the ‘un-feminine’ body shape is down to its being dominated by gay men who apparently want all women to look like little boys, a theory that has more than a whiff of homophobia about it and fatally ignores the huge participation of women within the industry. The message that we’re hearing is that the fashion industry says women’s bodies are always supposed to look like something else, perhaps anything else, other than ‘naturally female’. It’s a tempting conclusion – but the problems with its logic are glaringly inherent. 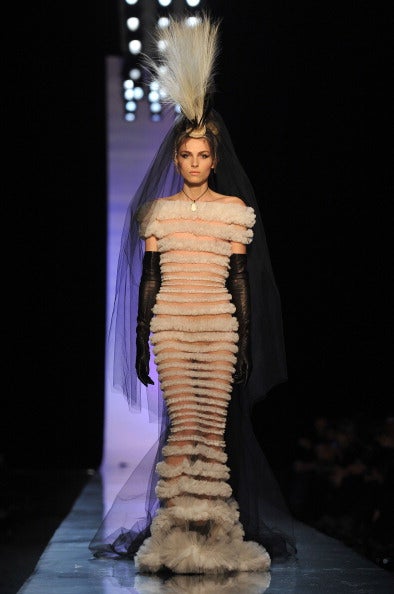 When you stand next to a fashion model for the first time, especially a ‘high fashion’ model, you become suddenly aware that you are in the presence of a very different kind of human being. More often than not, she’ll tower above you, Amazonian in stature, like an Alice with pocketfuls of empty ‘eat me’ wrappers. When you look closer, you’ll see that her skinny legs and arms are, rather than the result of months of starvation, usually part and parcel of her very specific body type: a body type that which is both unusually slim and statuesque, with hips and tits kept to a minimum. That’s not to say that some models don’t underfeed themselves, or that their working conditions aren’t often appalling or rife with pressure to do so (as we’ve stated in previous columns, the fashion industry has a lot to answer for) but merely that the ‘fash pack’ favours one particular body type, and one which is by its very nature uncommon amongst the general population.

It’s when there is great pressure exerted on that general population to believe a catwalk body is achievable that we start to see problems, and it’s only when you’re actually in the presence of that model (something most people don’t experience, ever) that you realise how utterly preposterous and definitely unachievable that body type is. And it is fashion’s worship of that one genre of figure that results in the skewed standardisation that damages so many young women. Never in history has so much been demanded of so many through the photography of so few. 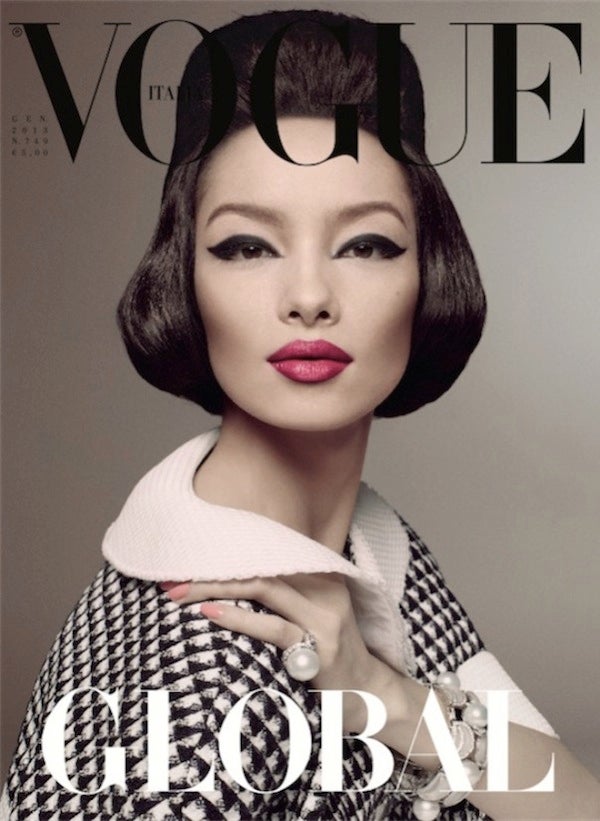 Of course, the fashion industry will sometimes pay lip service to acceptable difference. Pejic is different in as much he is of the opposite sex than you’d expect, but he still ticks the same aesthetic boxes as any female fashion model. Occasionally, Vogue will put a black model on the cover, and that copy will (apparently) sell badly, and then they’ll stop for another year or so. Last week saw Italian Vogue put an Asian model on its cover for the first time, Chinese model Fei Fei Sun. She looks startlingly chic, and crucially, has not been made to look more Caucasian, a charge often levied at fashion magazines when they use non-white models or celebrities.

Sometimes, fashion will even embrace fat, as stylist Katie Grand did for Beth Ditto’s naked LOVE cover of 2009. Certainly we’re seeing different kinds of body, sometimes, on very special occasions. The week before last saw make-up brand MAC use a female bodybuilder to advertise their product, in a campaign entitled ‘strength’. As a brand, MAC has always been ahead of the curve, having given RuPaul a modelling contract, making him the first drag queen supermodel as far back as 1995. 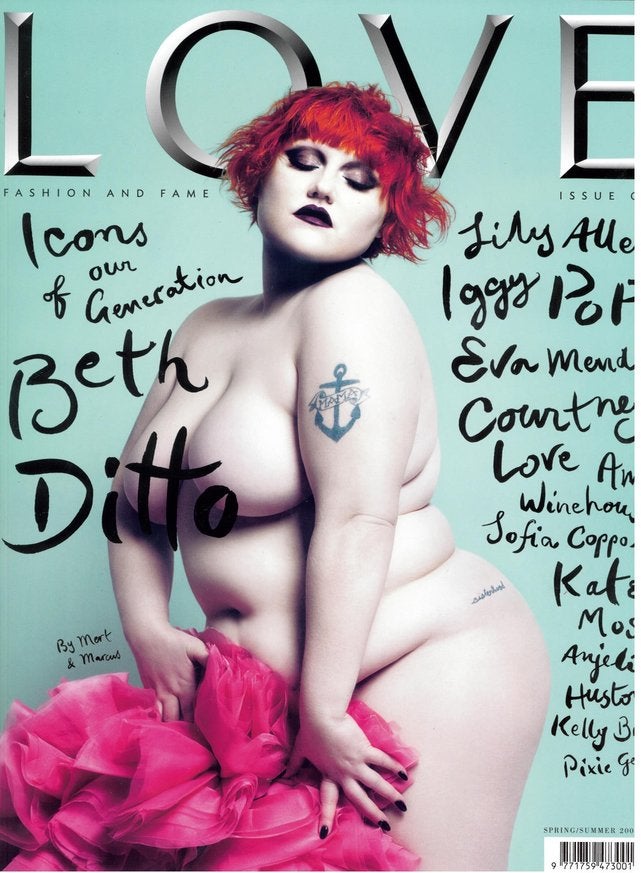 Before his spectacular fall from grace, John Galliano’s habit of shocking the fashion world was already well established. His S/S 2005 couture show featured an array of so-called ‘freaks’ instead of standard-issue models – dwarves, child twins, fat women, old men, and a variety of others who are so often invisible in the world a la mode. The New York Times reported that some were shocked at the show’s ‘gross humanity’, while others laughed throughout – now, pop stars such as Lady GaGa make freakishness a selling point. Could it be that the rest of the fashion industry is finally catching up? 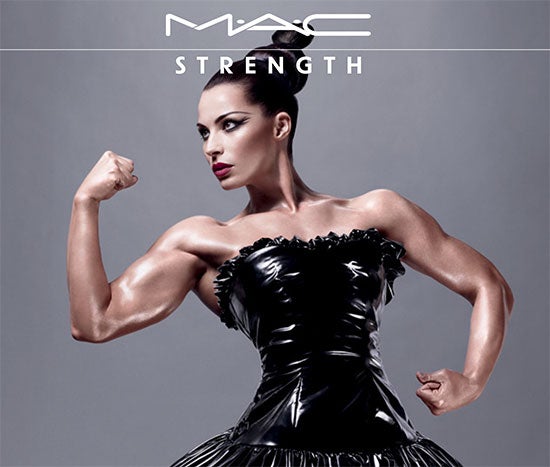 Well, yes and no. The success of models such as Charlotte Free, with her pink locks and her feminism and her hairy armpits, gives us hope. Meanwhile, last week’s ‘Body Issue’ of Grazia, in which size 8 model Daisy Lowe is breathlessly held up as courageous and atypical due to her breasts, demonstrate that there is still a long way to go.

Fashion will always have a place for the freaks, the misfits and the outcasts, and it will continue to fetishise them in a not altogether respectful or flattering way, along with perpetuating the unusual female body type which still dominates fashion imagery and which we continue to perceive as normal and attainable. 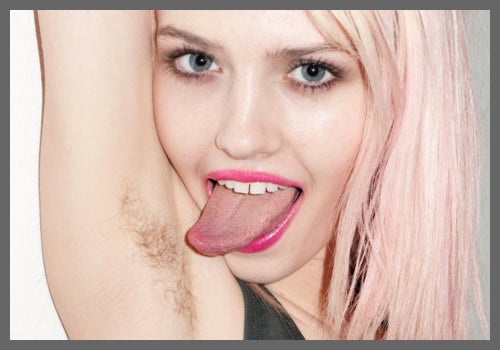 So long as fashion continues to do this, it may just about convince some of us of its inclusivity. But in reality, inclusivity means more than the occasional (and often snide) nod towards difference, and it’s hard to be optimistic.

In the audience at these catwalk shows and fashion exhibits sit rows and rows of diverse women, the norms who conform neither to one vision nor the other, and they rarely see their reality mirrored back at them. That reality exists only in the swimming pool changing room, or at the gym, or in the nation’s bathrooms – the only places where bodies that are uncompromisingly flesh which sags and wobbles lurk – here be monsters!

Elsewhere, these bodies are all too often airbrushed out. Fashion may occasionally be a freakshow, but according to them, the most monstrous thing of all is run-of-the-mill, non-aspirational, un-Photoshopped humanity. It just doesn’t sell clothes.