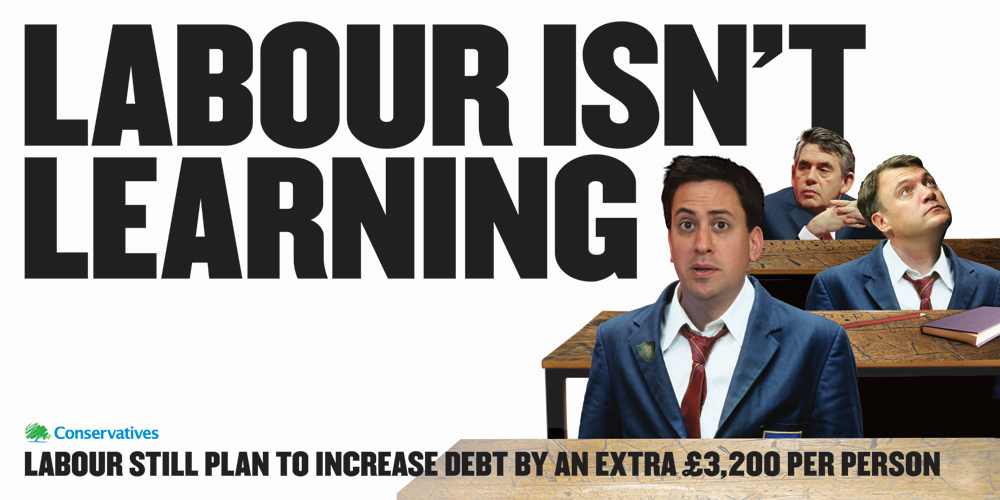 If David Cameron was hoping that his recent appointment of Lord Ashcroft to the Privy Council would assuage the Conservative peer, it looks as if he was mistaken. Writing on ConservativeHome, the site he owns, the Tory donor has penned a vociferous critique of the Conservatives’ latest poster, denouncing it as “daft” and “juvenile”. He writes:

It is not clear how much the Conservative Party has paid M&C Saatchi to come up with the daft poster, unveiled over the weekend, depicting Ed Miliband and Ed Balls as gormless schoolboys under the slogan ‘Labour Isn’t Learning’. Nor do I know how much it cost to hire the ad van to drive the thing pointlessly around Manchester. What I do know is that if I had recently donated funds to the Tories I would be asking what on earth CCHQ thought it was doing with my money …

… Like the ubiquitous ‘Are You Thinking What We’re Thinking?’ campaign in 2005, which invited the simple response ‘No’, the declaration that ‘Labour Isn’t Learning’ prompts people to wonder whether the Tories are themselves listening. It suggests we see the whole thing as a big game.

As Ashcroft suggests, the Tories’ own economic record means votes are unlikely to be receptive to such partisan attacks. The country is mired a double-dip recession and, based on the most recent independent forecasts, George Osborne is set to borrow £191bn more than originally intended. If the Tories want to recover the ground they’ve lost, they should focus on adopting policies that produce growth, rather than recession. As Paul Krugman sagely observed in a recent essay for the New York Review of Books, “the economic strategy that works best politically isn’t the strategy that finds approval with focus groups, let alone with the editorial page of The Washington Post; it’s the strategy that actually delivers results.” Until Osborne and David Cameron learn this lesson, there is little prospect of a Conservative recovery.