Seemingly unsatisfied with boasting the world’s tallest skyscraper, the world’s largest man-made archipelago, and the world’s only 7-star hotel, Dubai has unveiled fresh plans to construct a billion-dollar (£665m) replica of the Taj Mahal.

Dubbed the ‘Taj Arabia’, the enormous building is set to be four times larger than the original and is scheduled to be complete in just 2 years, in stark contrast to the 22 years it took emperor Shan Jahan to build the marble wonder in the 17th century. 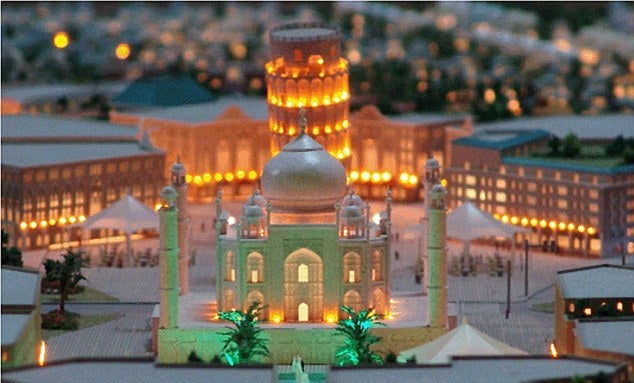 Italians (but not all of them) go to the polls

“The Taj was made as a monument of love and we hope to promote this in Dubai as a major wedding destination”, he said.

“Currently, Dubai is not regarded as a wedding destination. People go to Bali and other exotic places to marry. Now they will come to Taj Arabia”.

The audacious venture forms part of the “Falconcity of Wonders” – a 41 million square foot city aimed at capturing the essence of world’s ancient civilisations. The city is set to be comprised of a whole host of iconic architectural feats, estimated to weigh in at a staggering £7.4 billion.

The artificial city will feature replicas of the Pyramids, the Eiffel Tower, the Great Wall of China, the Leaning Tower of Pisa, and the Hanging Gardens of Babylon.

London Bridge, Big Ben, St Paul’s Cathedral and the Houses of Parliament are also expected to appear in the city’s skyline when it opens in 2014.

As the emirate’s penchant for architectural excess continues unsatiated, what comes next is full mystery. Whatever it is though, I don’t think I’ll be surprised.