The last native speaker of the Cromarty fisherfolk dialect, Bobby Hogg, has died – and with him, a version of our language which had unique words, expressions and character.

You can listen to Hogg and his brother Gordon speaking here: the dialect has a lilting, sing-song quality. Linguists think it was influenced by Norse and Dutch, and survived because of the close-knit community and relative geographical isolation of Cromarty in the Scottish Highlands. 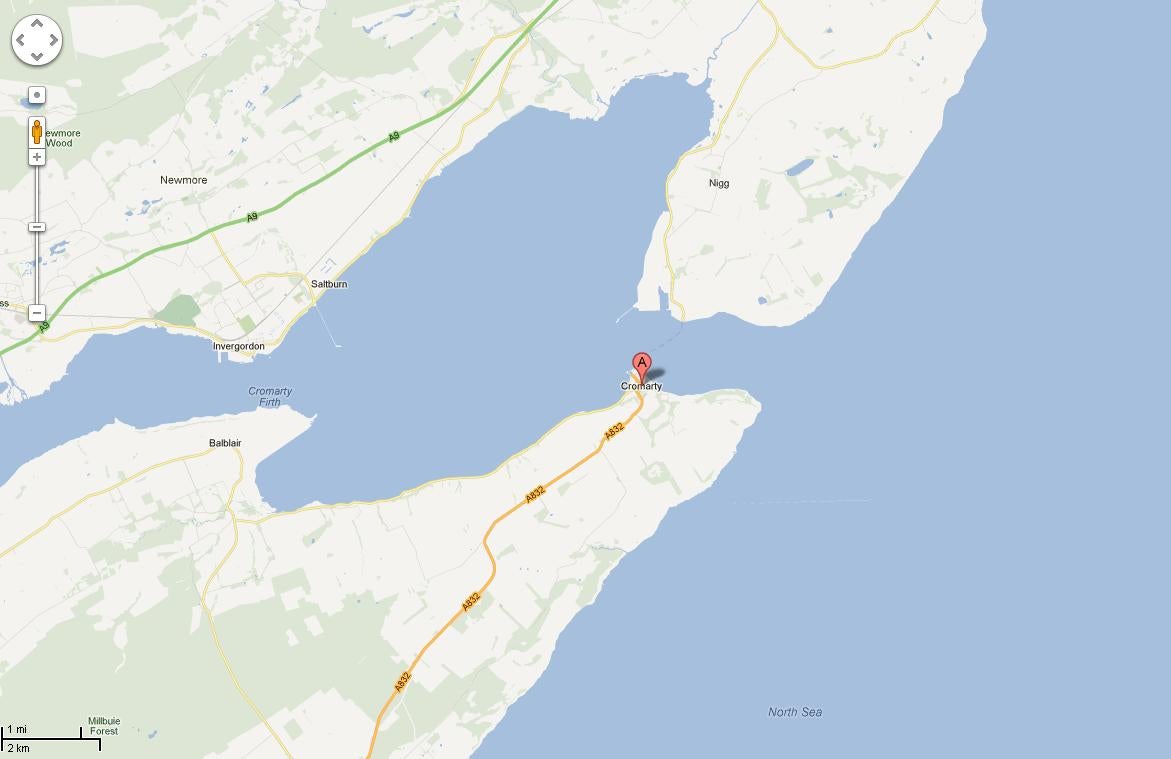 Image: Google Maps
We’re lucky that in 2009, a researcher called Janine Donald set out to preserve and record as much of the Cromarty dialect as she could. She wrote up her findings here, and it’s quite hard to see what the roots of some of the words are that were in use. For example, where did “amitan”, meaning “a fool” come from? (Also, can we revive “belligut” for “a greedy person”?)

Unsurprisingly, there’s a lot of specialist vocabulary relating to fishing, which I imagine is now gone for good, like “o the teydin” meaning “seventh fishing line”.
There’s always something poignant about the death of a last speaker of a language, pidgin, creole or dialect. According to K. David Harrison’s film for National Geographic, in 2010 there were around 7,000 languages in the world, but they were disappearing at the rate of one every two weeks. Dialects and other particular sub-forms of a language, therefore, are probably disappearing more regularly. For example, linguists think that only two forms of Gaelic will survive.
Here are some other disappearing languages. First, Lydia Stepanovna Bolxoeva, one of the last speakers of “Tofa” in Siberia, from 2001:

Finally, to illustrate how much living languages change, here is Shakespeare read out in Original Pronunciation. I love how OO-AR this is. (Skip to three minutes if you just want to hear Henry V.)

My favourite dialect of English is that of Tangier, Virginia, where some of the first settlers arrived in the New World. It’s also relatively remote, in an island on Chesapeake Bay, and is a wonderful mixture of “goshdarn” Americanisms and archaic English. The clip is from the American Voices documentary.

Thankfully, after years of neglect, there are now several organisations doing their best to capture these languages and dialects before an increasingly interconnected world means they are lost for ever.