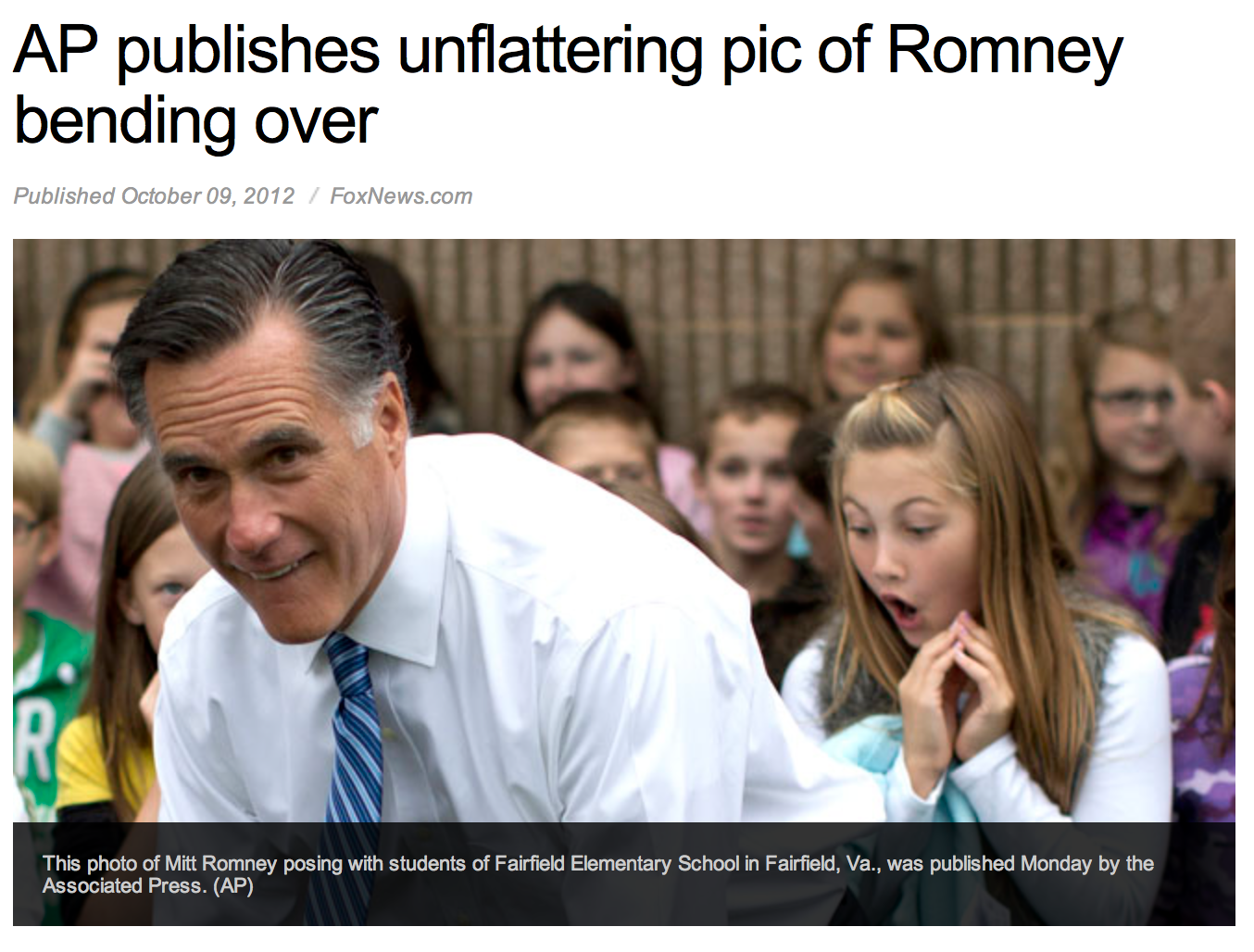 The piece goes on to ask:

So was it a cheap shot?

“It’s unbelievable,” he wrote. “It honestly looks like a little girl is gaping at Romney from behind.”

It seems like they missed a trick with running it with such a staid headline, though. Has anyone got any better ideas?