David Cameron was the surprise guest at tonight’s 1922 Committee/ConservativeHome reception and he gave what sounded like a compressed version of his speech for Wednesday. Introduced by ConHome proprietor Lord Ashcroft, who he praised as a “great philanthropist”, and by 1922 chairman Graham Brady (recently profiled by my colleague Caroline Crampton), Cameron declared that the Tories must “exude a confidence that we can win the next election”, adding that he “absolutely believed” that they could. Drawing unlikely inspiration from Roy “Chubby” Brown, he recalled that the comedian had once joked that someone had told him that there was a rumour going round that he was “exceptional in bed”. “Yes, I know,” Brown replied, “I started it”. In this spirit, Cameron suggested, the Tories should talk up their chances at the next election. An “outright Conservative majority” was “your ambition and my ambition”.

He noted that between 1983 and 1987, the party averaged just 24% in the opinion polls, but that Margaret Thatcher went on to win a majority of 102 seats. While he would settle for less than that, he believed that “boundaries or no boundaries”, the Tories could win. At the last election, the party had to target 160 seats, this time round it would need to target just 40. Attempting to define the terms on which the election will be fought, Cameron said voters would ask “which party has the best leaders, the best plan to deal with the debt and our economy, and the best plans to reform welfare, pensions and our schools”.

Cameron’s comments were designed to reassure those activists unsettled by his earlier suggestion that the coalition was superior to single-party government. In May, he was criticised for speaking merely of a future “Conservative-led government“, an error he has been careful not to repeat.

Finally, I was amused by Cameron’s quip that Ashcroft might want to consider purchasing “one or two newspapers” to aid the Tories’ cause. Judging by Ashcroft’s recent interventions (he criticised a recent anti-Labour Tory poster as “daft” and “juvenile”), there’s no guarantee that the PM would win a better hearing. 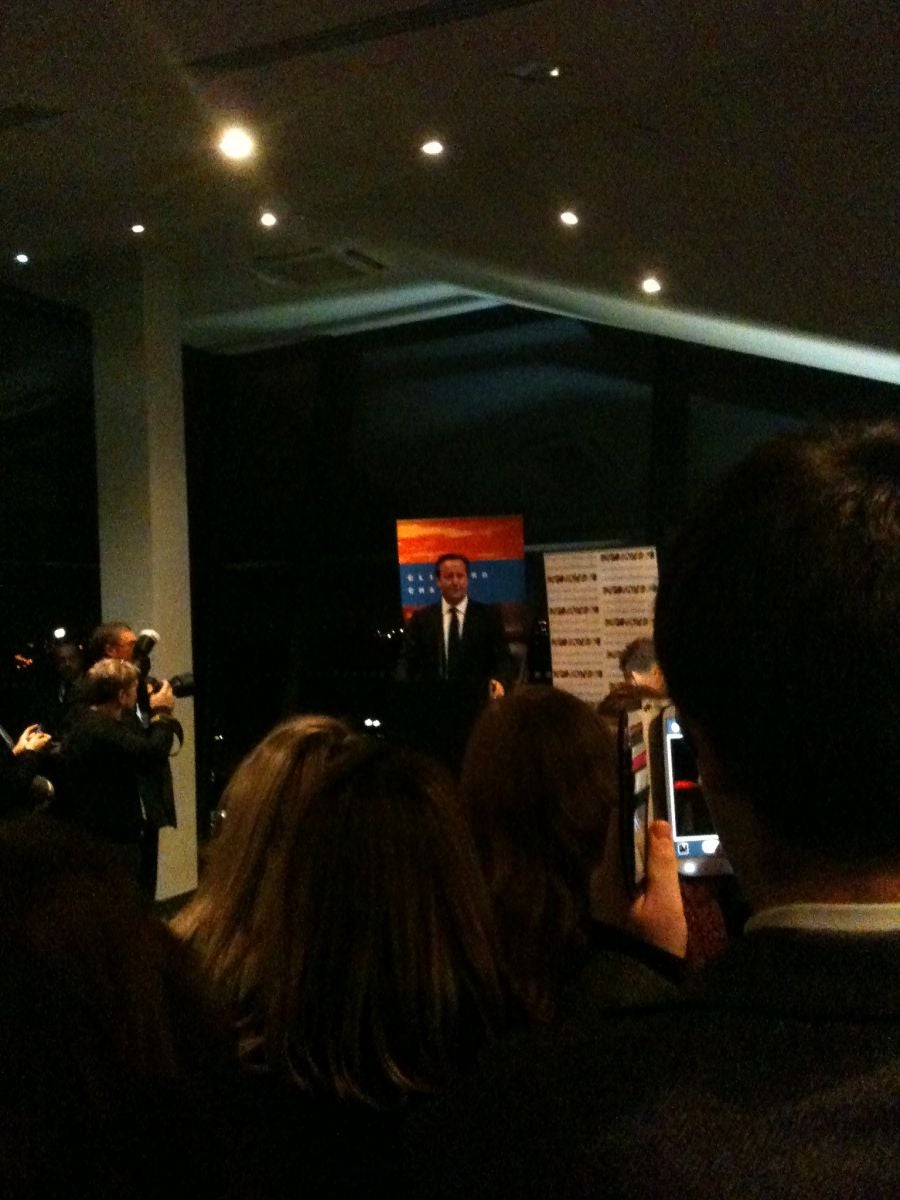 David Cameron addresses the 1922 Committee/ConservativeHome reception at The Cube in Birmingham.