Clint Eastwood made an appearance at the Republican National Convention yesterday, where he decided to “interview President Obama” – represented by an empty chair and a teleprompter.

The stunt didn’t quite work as well as Eastwood may have hoped, and instead sparked moderate amounts of ridicule. For instance, journalist Dave Caolo made this image in resonse to the event: 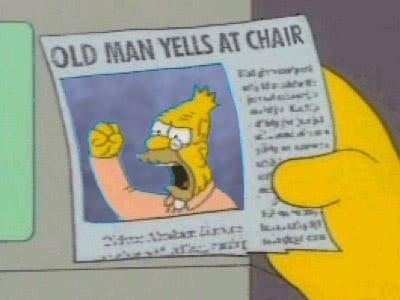 While others decided to try their hand at “Eastwooding”, with cats, dogs, and lego all interviewing empty chairs. The classiest response was probably that of the President himself, though: