One of the many jokes going around during the Olympics closing ceremony was how much it looked like the athletes, who were all corralled into Union Jack-shaped pens, were being kettled: 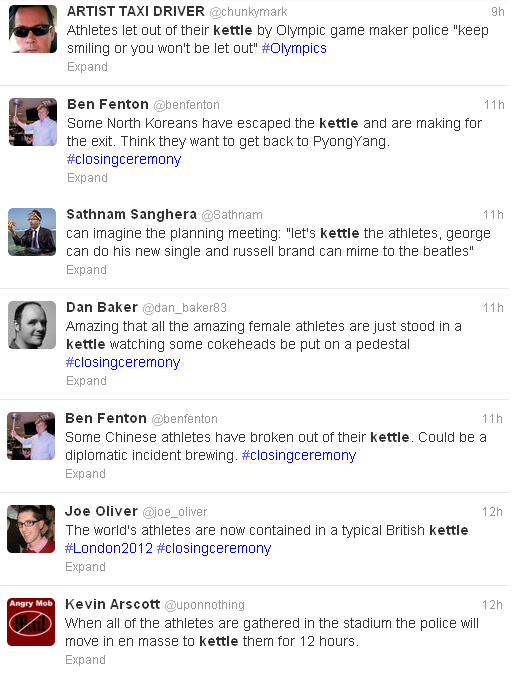 It was such a popular joke, even Jacqui Smith got involved:

Smith, of course, was Home Secretary from 2007 to 2009, the period during which kettling went from being a rare occurrence in Britain to standard operating procedure for dealing with protests.

She was the minister in charge of the police on the day Ian Tomlinson was unlawfully killed in the middle of a kettle in the City on April 1 2009. That was also the day the Climate Camp in Bishopsgate, London, was kettled then violently broken up by police, and the first time I was kettled. That kettle, which happened under Smith’s watch, was eventually ruled illegal by the High Court, though that happened long after she had lost her seat.

But still, Jacqui Smith made a joke! Hilarious.