The cohort of new MPs elected in 2010 continues to have a significant impact on the ideological balance and general complexion of the Conservative party. A group of Tory newbies is putting forward a slate of candidates for elections to the 1922 committee – the body that speaks on behalf of backbencher opinion in the party and that has traditionally served as base camp for malcontents and rebels, launching disruptive forays against the leadership. The committee’s independence is ferociously guarded and relations with David Cameron’s Downing Street regime have been volatile. Cameron has a reputation for sneery contempt towards what he sees as the dinosaur tendency on the back benches. Early on in the current parliament the Tory leadership tried to dilute the ’22’s role by changing the terms of  membership – effectively forcing it to accept ‘payroll vote’ frontbenchers. The reaction was furious and the PM was forced into an embarrassing retreat.

The latest move is more subtle. It originates from the 301 group – a clique of new MPs named after the number of seats that will be required for a majority in parliament once the number of constituencies is reduced (as is currently being planned). The 301 are broadly loyal to the leadership and supportive of the ‘modernisation’ agenda that defined Cameron’s attempts to make the Tories electable in opposition. That doesn’t mean the 301 list is stuffed with ultra-liberal Cameroons itching to do Downing Street’s every bidding. There probably aren’t enough of those in parliament anyway and certainly not enough to seize control of the 1922 Committee. The purpose of the manoeuvre is not to nobble the committee – well, not entirely – but to shift its focus more towards campaigning and policy and away from parliamentary intrigue and the traditional theatrics of ‘awkward squad’ rightwing MPs.

The important point to remember about the 2010 intake of MPs that overall they are no less ideologically committed to orthodox Tory causes than their predecessors. Mostly they are Thatcherite, urging supply-side deregulation and tax cuts as the way to spur growth in the economy. They are fiercely eurosceptic. (A Europhile has very little chance of being selected as a Tory candidate these days.) A crucial difference is that the newer MPs are likely to be more infected with the social liberalism of their generation – so more relaxed about gay marriage, for example – and are less embittered by the factional wars of the wilderness years. That means they are more inclined to want to lobby Downing Street and work constructively for a more robust Tory agenda in government than to sabotage and make mischief. Indeed, the old ‘wet’ wing of the Conservative Party has so atrophied that the most distinct political divide in the party is not between left and right but between ‘old’ and ‘new’ right. The latter is in the ascendant and, for the time being, despite various frustrations, is still determined to work with Cameron and Osborne when some die-hard rebels seem to take pleasure in machinating against them. 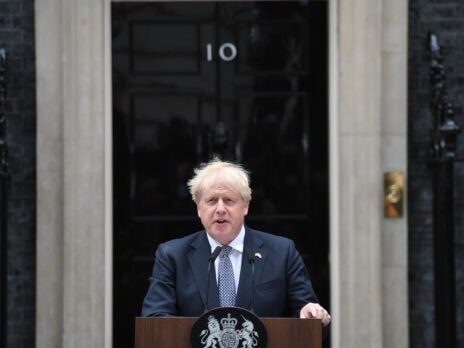