It is 4am and I am lying flat on a hospital bed, my eyes wide open. My gaze, though, is turned inward. For the past few hours I have been running through the lowest points of my life. I don’t particularly want to do this, but I don’t seem able to stop. It is as if illness has given me an unwanted superpower: I can suddenly recall each moment that I failed someone, all the way back to childhood, and in excruciating, humiliating detail. Fights, lies, betrayals, bad decisions, losses of temper, cowardly evasions, as a boyfriend, husband, father, son, grandson, friend – each of my worst moments is klieg-lit, one after the other, like scenes from a movie.

It comes to me in the midst of this horror that, having turned 49 the week before, I have considerably less life ahead of me than behind. Most of my mistakes are irreparable: my children will never be young again so that I can be there for them and my wife all the times I wasn’t; there are people who are long gone from my life, or even dead, to whom I can never make good; there have been so many untaken opportunities to do the right thing that will never come again. It is a conveyor belt of shame, and I feel crushed.

It was Monday 19 September 2022. Was this my life flashing before me? It certainly felt like it (though hang on, where were the good bits?). But this cliché was supposed to precede death. I reminded myself that, although I was sick, and could feel the nipping discomfort of a canula in each arm, and that the drips attached to them made relaxation impossible and the prospect of sleep a bad joke, and though the bleep of the monitor was a constant distraction, as were the occasional cries of pain from the beds around me, I was safe. I would later be told by a psychiatric nurse that this experience was probably a result of psychosis. In all honesty it felt, and still feels, like divine intervention: do better.

It was on the preceding Friday afternoon that the crisis had struck, and I suppose it was the stairs that finally did it. Twenty-two of them stood between our hallway and the bed on which I urgently needed to lie down. Not many, really, but I felt like I was about to scale the Eiger. 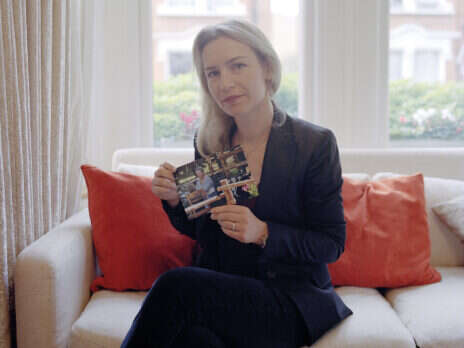 As an Albanian, I know first-hand the cruelty and contempt of UK immigration 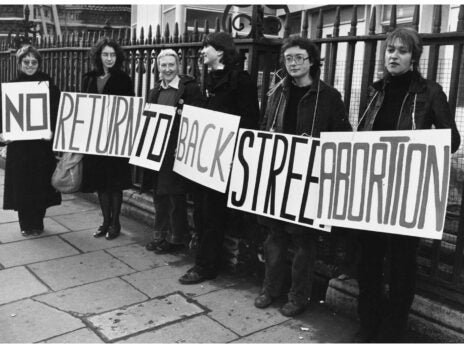 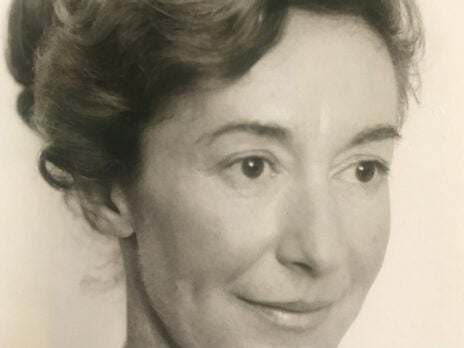 My grandmother, the quiet radical

I accepted now what I had been refusing to acknowledge for some days: that something was going badly wrong inside me. In fact, I’d been feeling rotten for weeks, low on energy and spirits, twitching from odd little aches and pains, unable to sleep, suffering shortness of breath after minimal effort. But I’d ground on, as we’ve all had to in recent years. I was just run down, perhaps overly stressed, even a bit depressed. I’d been there before and would work my way through it. And anyway, I had too many commitments – to people who relied on me professionally, financially, personally. I was hardly down a mine or in a muddy trench, for goodness’ sake; I run a think tank and write op-eds for a living.

Like Hemingway’s bankruptcy, my collapse came two ways: gradually, then suddenly. Shuffling back from the café where I’d just filed what would turn out to be my last New Statesman column for a while, I approached the police station near our house in Stirling, Scotland, and calculated that, if I collapsed just before rather than after a squad car was passing, I’d be more likely to get picked up than be left sprawled in the street.

I made it home, but each of those stairs was followed by a lengthy, breathless pause. I puzzled over the absence of power in my legs, my thumping heart, the clanging headache. Having gained the bed at last, I lay there, foetal and grey. My wife arrived back from Glasgow four hours later and found me in the same position (“Och, I didn’t want to make a fuss,” she says I told her). Shortly afterwards I was in a wheelchair entering the Acute Assessment Unit at Forth Valley hospital. My exile from the land of the well had begun.

That first evening in hospital was difficult – more difficult than I knew at the time. I was weak as a newborn, semi-detached from myself, in something of a fugue state. My blood pressure had collapsed, and my haemoglobin count (the stuff in your red blood cells that carries oxygen around the body) was less than half what it should be. I received the first of eight pints of blood that would be pumped into me over the next few days (the human body holds around ten pints). A second drip delivered nutrients. My wife told me the next day, when I was a little more compos mentis, that it hadn’t been certain I would survive the night. Having finally been asked to leave, she had sat up at home, dreading a phone call. A doctor joked that, “If you hadn’t been brought in when you were, there might not have been a you to bring in.” I managed a feeble laugh.

I was struggling to come to terms with the seriousness of my situation. I’d always been a relatively healthy person, and had kept myself fit; my only experience of hospital had been a quick operation on a broken arm. Sure, in my younger years I may have lived like a pirate, as young journalists tend to do (or did), but those wild days were long behind me. I don’t even drink any more. I spend most of my time at home: working, reading novels, watching football – a middle-aged bore.

A middle-aged bore who, late on that Saturday night, was wheeled along endless, darkened corridors to an operating theatre: a giant, terrifying room of steel walls, banks of monitors and crane-like implements that loomed over the bed like instruments of torture. This was for an endoscopy: the consultant’s suspicion was that my condition was caused by a bleeding stomach ulcer. The only way to confirm this was to send a wire with a camera on the end down my throat and into my stomach, so she could have a look. I began to suspect this procedure might not be much fun when a nurse half lay on top of me, and began stroking my head and whispering calming words in my ear. When a green plastic circle with a hole in the middle was placed in my mouth, to stop me biting down in panic, my suspicions were confirmed.

Friend, if there is one good reason to avoid stomach problems it is so that you never need an endoscopy. I’m sure it was all over very quickly, but at the time it felt unending, as I gagged and choked and felt my eyes were going to pop out of my head. The feeling was of someone punching you in the mouth, and then their fist continuing down your gullet to have a wrestle with your internal organs. I had a sore throat for days afterwards. There were only two upsides: the diagnosis was confirmed and, as I’ve heard some women say of childbirth, the mind helpfully draws a veil over the most difficult moments.

In my confused state it took me a while to memorise the words “Helicobacter pylori”. This was the acid-loving germ (often a genetic inheritance) that had been eating away at my stomach lining, a sort of tiny Nazi bacteria bidding for more Lebensraum and to hell with the current occupant. I had probably been bleeding internally, undetected, for a wee while, which explained my slow, and then sudden, deterioration.

After a week in hospital, my haemoglobin count began to rise. As the days wound on – sleepless and traumatic as they were – I had a chance to watch the NHS at work. The nurses astonished me, working exhausting 12-hour shifts and at a pace I’d never encountered before. Their capacity for empathy, for taking a moment with you regardless of the pressures, coupled with their pragmatic competence, was humbling. One nurse, frustrated at the length of time I was having to wait for the endoscopy – I’d not eaten in nearly three days – tricked the consultant into coming to see me by summoning her under false pretences. Extra pillows were somehow conjured up, despite limited resources. The best local Indian restaurants were debated and a winner selected: “Once you’re out we’ll all meet for a party in there, Chris.”

They were clearly grotesquely over-stretched, and spoke of colleagues who had quit the profession after the horrors of the pandemic, or moved into the private sector, where they were being paid double the rate for the same job. Others had left for the plastic surgery clinics that are springing up everywhere, where the rewards were even greater. Nobody blamed them.

They talked, too, of the daily problems they faced. Forth Valley hospital has the longest A&E wait-time in Scotland by some margin, and even then, they told me, too many patients are stuffed into crowded wards – sometimes into repurposed cupboards. Still, they got on with it. As the NHS enters what promises to be a hellish winter, it is the nurses who will suffer the worst of it.

A surreal camaraderie grew among my fellow wardmates. The scene wasn’t unlike the early-1980s sitcom Only When I Laugh (“Oh, I’m H.A.P.P.Y…”). Some would be in for a long time, while others, like me, would be out soon. There was the plumber who had got fed up with constant bowel trouble and opted to have most of it removed. The enormous, rugby-playing lorry driver who had been ready to go home after a gut infection, but whose arm had become dangerously infected when they removed his canula. The barman in the bed opposite who, it turned out, used to take groceries to my gran after she became housebound. The patter and the stories flowed, as well as the mutual support and encouragement; we got each other through the days and nights.

It has taken me months to get back to anything like my normal self, and I’m not fully there yet. The first day I managed a short walk outside, some weeks after I was released from hospital, felt like winning an Olympic gold. The world of the well had seemed so vastly distant – to be properly sick, to be reliant on uniformed strangers for food and medicine, even to be stuck in bed at home for a prolonged period, is an unavoidably lonely and chastening experience. Watching the world blindly, and for the most part contentedly, continue without you, as if you have simply vanished, leaves little room for ego.

Do better. Was it psychosis or a nudge from the big man? Who knows. But only a fool would ignore such a message, wherever it comes from. I don’t believe I’ve lived any worse than most over the years, but I am trying to do better. It’s always later than you think.

Topics in this article : Health , Society