In the conference contest to succeed Theresa May, there is already a clear winner: Scottish Conservative leader Ruth Davidson. But unfortunately for Tory MPs, she is the one candidate they will not get to vote for.

Davidson’s star and pulling power at conference has only really been matched in Birmingham by Jacob Rees-Mogg. Her speech this afternoon offered every quality that increasingly anxious MPs say they want Theresa May’s successor to exhibit in spades.

Urging the Tories to overcome their divides over Brexit in order to take the fight to Jeremy Corbyn, she did what her colleagues at Westminster are frustrated that other would-be leadership contenders do very little of: speaking human, making a positive case for voting Conservative, and articulating a desire to get Brexit out of the way quickly and cleanly, as well as a political worldview beyond it.

“Friends, as we approach these crucial few weeks and months, we need to go back to our Conservative principles… 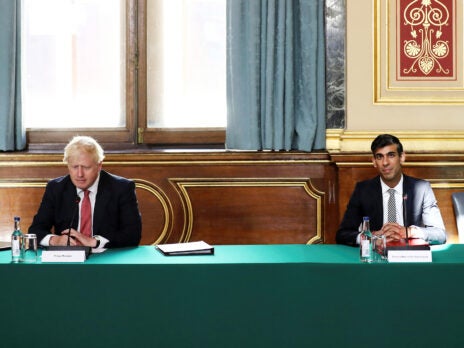 Litigation as a last resort: How can arbitration help small businesses?

The price of accessing higher education

“We sort this by respecting the democratic result.

“We sort it by using our Conservative values, of putting the national interest first.

“And we sort it by always, always keeping our eye on the most important prize of all: keeping our country together.

“And if we get that right, let’s remind ourselves where it leads. To a Conservative government getting on with the job.

“To a Conservative government doing what we always do: Getting more people into work, fixing the public finances, supporting people off of welfare, cutting taxes for the lowest paid, helping businesses thrive – sorting out the mess we’re left by a Labour government, getting Britain back in the black.”

“…Let’s get behind the prime minister so she can get Brexit done.”

It’s a one-size-fits-all, essentially Cameron pitch that a lot of Conservative MPs between the two poles of the Brexit debate love the sound of. But, as Davidson herself said, there is no chance she will be the one to deliver it. “So yes, there is a job I’m after,” she said, in a nod to the near-constant speculation about her leadership ambitions. “It’s the job of First Minister of Scotland.”

For Tories desperately seeking a way to cast off the electoral albatross that is Brexit and win the next election, today is yet more evidence for an uncomfortable truth: Davidson is the candidate they need, but cannot have.