Last year, major old master exhibitions seemed an endangered species. After  a brief flurry of Leonardo it was 19th- and 20th-century artists, from Gauguin and Lucian Freud to Keith Haring and Lee Krasner, who held sway. This year the roles have been decisively reversed: there is a quite extraordinary array of art’s great names on offer and it is the 15th to 17th centuries that will have their moment in the sun.

Take the National Gallery, whose curators clearly have an unsuspected taste for BDSM since they have devised a rod-for-their-own-back schedule of important shows that ensures they will go without rest in 2020. They have conjured miracles to make “Titian: Love, Desire, Death” (16 March – 14 June) happen. The exhibition reunites for the first time in 400 years the six pictures known as the Poesie that the great Venetian painted for Philip II of Spain. The works, treating scenes from Ovid’s Metamorphoses, show the painter at the peak of his vertiginous powers: replete with colour, humanity, drama, tactility and eroticism, the series is one of the great artistic endeavours of European culture.

Drama is the leitmotiv of Artemisia Gentileschi, who overlaps at the gallery (“Artemisia”, 4 April – 26 July). Her beheadings and self-portraits as female martyrs have long been overshadowed by her rape by the painter Agostino Tassi and subsequent role in his prosecution. But this exhibition hopes to prove that she was not just a famous/infamous woman who happened to be a painter, but a major early 17th-century artist per se. 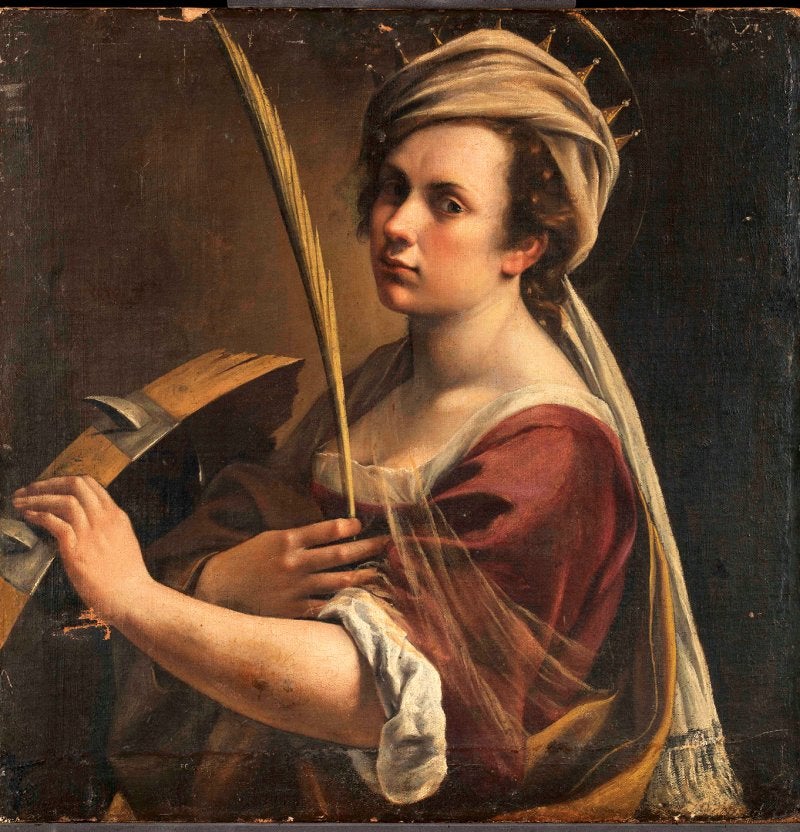 The National ends the year with all trumpets blaring. Raphael (3 October – 24 January 2021), who died 500 years ago, remains a hallowed name of the Renaissance but, these days, more in the breach than in the observance. In the 18th century, however, he was sans pareil: as an artist who combined classical proportion and harmonious colour with draftsmanship that was close to perfection, there was nothing he couldn’t do. According to Vasari, he even died of a fever brought on by his amorous exertions. Now is the time for him to feel the love again.

However, the old master show of the year, or indeed almost any year, is “Van Eyck: An Optical Revolution” at the Museum of Fine Arts (MSK) in Ghent (1 February – 30 April). Jan van Eyck, born circa 1390, was the early-Netherlandish master of oil paint, perspective and dizzying detail who can claim to be art’s ur-painter. His pictures, on wood, are both horribly fragile and rare as hen’s teeth, and of the 20 works attributed to him nine will be in the show. Many exhibitions claim to be a once in a generation experience: this one will be.

Elsewhere, the old master presence continues at the Victoria and Albert Museum with “Renaissance Watercolours: from Dürer to Van Dyck” (16 May – 20 September), which will correct the assumption that watercolour art was an 18th-century British innovation. Compton Verney, the Warwickshire jewel house, gives a welcome airing to Lucas Cranach in “Cranach: Artist and Innovator” (14 March – 14 June), showcasing the German’s distinctive portraits and pot-bellied nudes. Meanwhile, the Ashmolean in Oxford is a welcome if late arrival at the Rembrandt 250th anniversary celebrations with “Young Rembrandt” (27 February – 7 June), a selection of the riveting paintings the prodigy made before heading to Amsterdam for fame, fortune and ultimately tragedy. 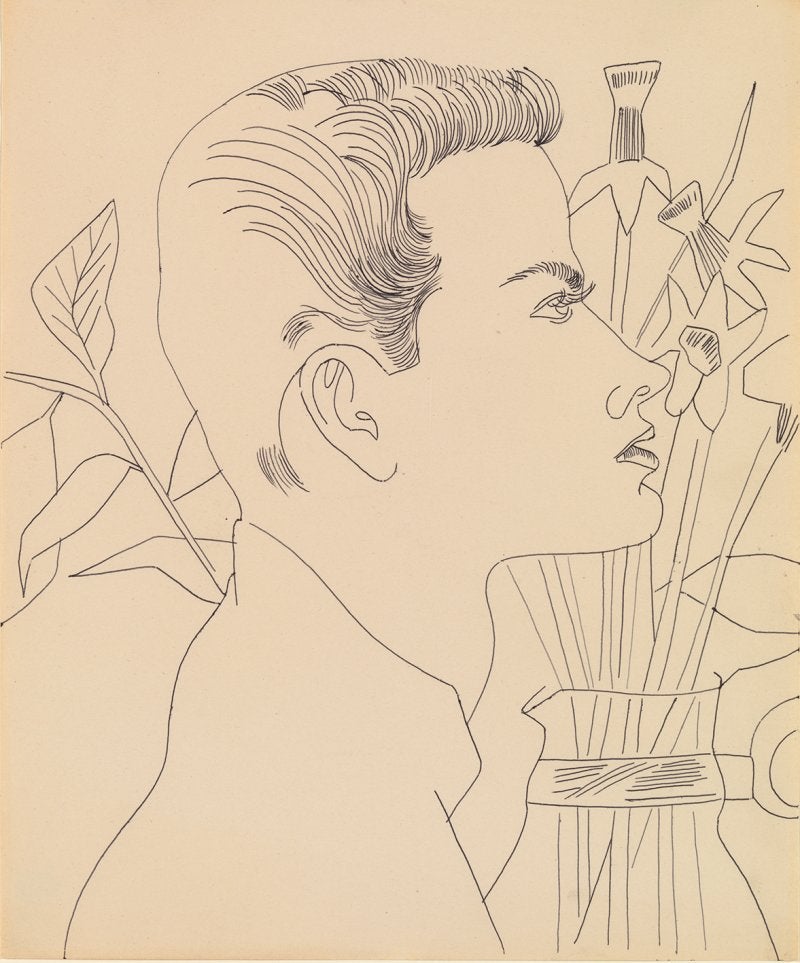 The reinvigorated Wallace Collection offers a small-scale treat with “Rubens: Reuniting the Great Landscapes” (20 May – 13 September), in which the Wallace’s own The Rainbow Landscape and the National’s A View of Het Steen in the Early Morning, will hang alongside one another for the first time in 200 years.

Rubens was also one of the key artists who perfected the style that came to be known as baroque. One of the reasons the British have always treated it with a certain froideur is that it was both catholic and absolutist in its origins. Nevertheless, no island is truly an island and baroque pomp proved a useful tool to cement the restoration of Charles II. Highly accomplished artists such as Peter Lely, Godfrey Kneller and James Thornhill will step into the limelight in Tate Britain’s revealing survey of the period “British Baroque: Power and Illusion” (5 February – 19 April).

The virtuoso printmaker Giovanni Battista Piranesi represented another facet of the baroque and this year sees the 300th anniversary of his birth. His stygian prisons and towering ruins are being shown at the British Museum in “Piranesi Drawings: Visions of Antiquity” (20 February – 9 August). Meanwhile, an alternative – and gentler – architectural ideal will be on display in Bath at the Holburne Museum’s “Canaletto: Painting Venice” (12 June – 20 September).

Scrolling forward, modernity in all its guises gets full measure too. An interesting compare-and-contrast is thrown up by “Aubrey Beardsley” (4 March – 25 May) at Tate Britain and “Léon Spilliaert” (23 February – 25 May) at the Royal Academy. Both were graphic artists of huge skill and a disconcerting sensibility. If Beardsley, the reed-thin artist of the decadent movement, is well known, the Belgian Spilliaert will come as a revelation. His haunting, echoing monochromes are cinematic, unsettling and linger long in the mind. 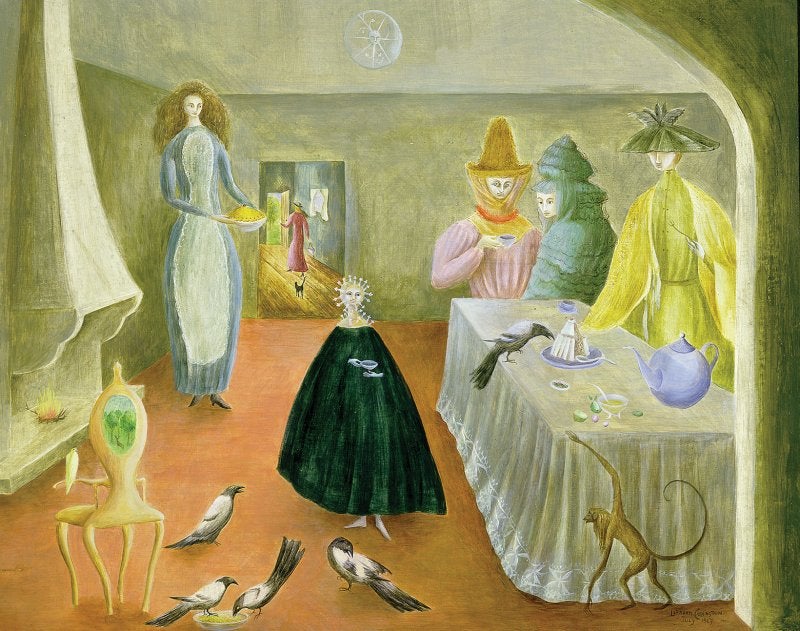 Tate Modern’s survey of Andy Warhol (12 March – 6 September) gives another opportunity to decide whether the perennially fashionable printmaker was more than just a man in a blond wig with an endlessly repeated idea. Large shows can sometimes have the effect of diminishing an artist, reducing them to sameness, and while Warhol’s grip on popular culture is unassailable, whether his pictures will emerge enhanced from their exposure en masse is less certain.

The Tate’s mission to give female artists proper exposure continues with the South African photographer and installation artist Zanele Muholi at Tate Modern (29 April – 18 October) and Lynette Yiadom-Boakye at Tate Britain (19 May – 31 August). Yiadom-Boakye is only 43 but her portraits of fictitious black characters, often with art historical overtones, have confirmed her as one of the most interesting talents around. “Marina Abramovic: After Life” at the Royal Academy (26 September – 8 December) will reprise the grande dame’s 50-year career of physical and participatory performance art, complete with re-performances.

Elsewhere, “British Surrealism: 1783-1952” at Dulwich Picture Gallery (26 February – 17 May), redefines both the time-frame and the nature of the movement, incorporating the likes of Henry Fuseli and Lewis Carroll as well as bona fide practitioners such as Paul Nash and Leonora Carrington. The only surreal thing about David Hockney is his reliability as a crowd magnet; the National Portrait Gallery’s “David Hockney: Drawing from Life” (27 February – 28 June) directs its visitors to his graphic work, the strongest element of his art.

Three sculptural big cheeses will also get an outing. “Naum Gabo” at Tate St Ives (25 January – 3 May), Henry Moore, alongside the photographer Bill Brandt, at the Hepworth Wakefield (7 February – 31 May), and Rodin at Tate Modern (21 October – 21 February 2021). Sculpture is a harder sell than painting but this trio offers intriguingly contrasting visions of three-dimensional form.

The Royal Academy is determined to end the year on a lowering note with its impertinent pairing “Tracey Emin/Edvard Munch: The Loneliness of the Soul” (15 November – 28 February 2021). Emin has, apparently, “been in love with this man since I was 18” and this has proved sufficient to secure her a hook-up – surely the poor chap suffered enough in life? Luckily the antidote will be to hand at the Wallace Collection with its “Faithful and Fearless: Portraits of Dogs” (14 October – 21 February 2021). Therapy dogs have proved a boon in hospitals and retirement homes, so why not in galleries too?