“There is a room inside Branch 215 where they put all the ill prisoners. They lock them inside it and they leave them without food or drink until they die.”

Instead of living out his final teenage years footloose and carefree, Omar al-Shogre spent them in a prison cell. Prison cells, to be precise: after his arrest at the age of 17, he spent nearly three years in detention facilities all over Syria.

“I used to dream of death when I was in prison. I used to pray to God and ask when I would sleep and not wake up,” said Omar, now 22 and living in Stockholm.

Since 2011, tens of thousands of people like Omar – men, women and children – have passed through the spider’s web of detention centres operated by the Assad regime.

There are still around 75,000 people “disappeared” in Syrian regime jails, according to the Syrian Network for Human Rights, a monitoring group. That, it says, is around 90 per cent of all the missing people in Syria, with others held by opposition groups.

In a report in February, Amnesty International said the regime had killed thousands of people in just one facility, the notorious Sednaya Military Prison, which lies in the folds of hills 30km north of Damascus. The overall death toll countrywide is likely many times higher. Branch 215, where Omar says he saw the room of dead bodies, is notorious for its cruel torture methods, and detainees have often described it as “the branch of death”.

Among Syrians, the issues of detention and disappearances are among the most critical in the conflict as a whole.

“This is an issue that impacts on tens of thousands – if not hundreds of thousands – of ordinary Syrians,” said Kristyan Benedict, campaigns manager at Amnesty International UK, for whom campaigning on torture and detention in Syria is a priority. “It is a great and grave humanitarian crisis. It is an issue that has largely been ignored by the great powers, and the United Nations.” 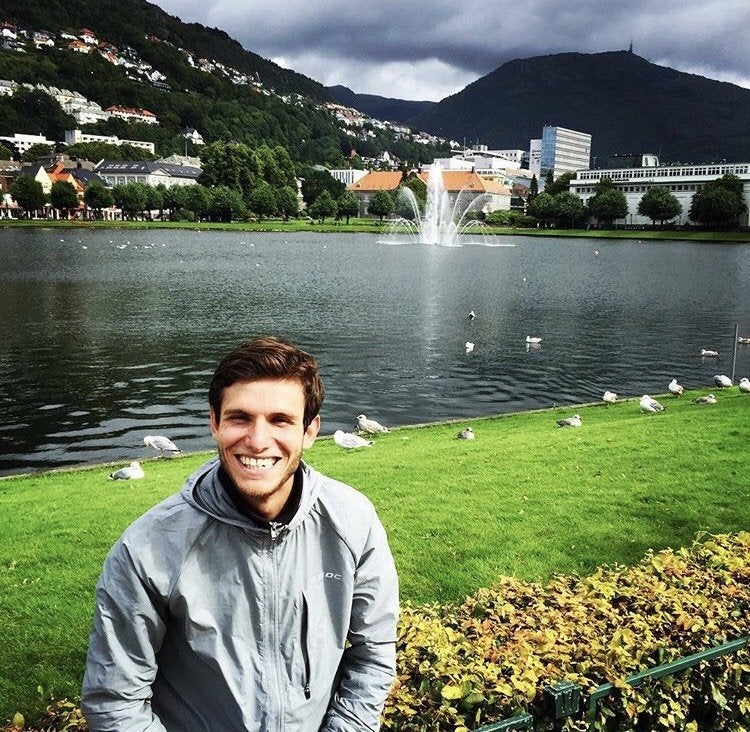 Omar is nigh-on obsessive about the need to share his experiences of torture, starvation and brutal treatment. Like many others who made it out alive, he feels a survivor’s responsibility. “This is not volunteering job for me,” he says. “I must tell people about Syria.”

Other survivors are bearing that weight by taking to European justice systems.

Khaled Rawas, 28, now lives in Germany with his wife and daughter. But he also spent time in Branch 215, for taking part in anti-Syrian regime protests in Damascus in 2011. “Just one day there is like hell”, he told the New Statesman. “They tortured me using other people: I was forced to watch other people being beaten with chains with hooks on the end. It was psychological torture.”

When Rawas, a chemical engineer, was released and left Syria, he began thinking about justice. “I asked myself, what can I do? This is not just about me, but about my friends and family.”

How to prosecute crimes in a war zone

Previous hopes for accountability had been dashed. In 2014, Russia and China blocked a UN Security Council resolution to refer Syria to the International Criminal Court. Essentially, that made it impossible to set up a tribunal for crimes committed in the country, as for the former Yugoslavia.

But this March, Rawas and six other former detainees in Germany submitted the first ever criminal complaint against six high-level officials of the Syrian Military Intelligence Service. The apparatus runs some of the most notorious detention facilities in Syria, including Branch 215.

Their testimonies, “reveal the inhuman conditions inside the prisons of the Military Intelligence Service as well as the systematic practice of torture and other forms of cruel, inhuman and degrading treatment”, according to the European Center for Constitutional and Human Rights, the Berlin-based NGO who submitted the complaint alongside two Syrian rights organisations.

The aim is to obtain international arrest warrants for the accused regime officials: if they left Syria, there would be a high chance of capture.

“They didn’t prevent it [torture], but also ordered it and also created an environment for the executioners,” Lily Kather, a legal adviser at ECCHR, told the New Statesman in the organisation’s modest Berlin offices.

All this is possible because Germany’s legal system – under a principle known as universal jurisdiction – allows the German prosecutor to investigate international crimes that take place outside the country, involving non-German citizens.

ECCHR lawyers working on the complaint are confident of success.

“We are very, very, hopeful,” Kather continued. “It sends a very strong signal to them [the accused in the Syrian military security services] that it does limit them in their life.” In particular, she hopes investigation will undermine “their feeling of absolute impunity”.

The ECCHR work is one of the new routes to justice that – in the absence of recourse to the ICC – lawyers, researchers, activists and survivors are building in Europe.

It’s a complex way of having to do things.

Another element is the UN Independent Commission of Inquiry on Syria, formed in August 2011 to investigate human rights violations committed since March of the same year, when the government crackdown on popular uprisings in Syria began.

Its findings on torture are significant. Last year, it reported that the Syrian government had, “committed the crimes against humanity of extermination, murder, rape or other forms of sexual violence, torture, imprisonment, enforced disappearance and other inhuman acts.”

But the Commission is limited. It does not have the power to prosecute suspected perpetrators, and in August a senior member became so frustrated that she quit. “I have no power as long as the Security Council does nothing. We are powerless, there is no justice for Syria,” said Carla del Ponte, who previously served as chief prosecutor in tribunals for Rwanda and the former Yugoslavia.

Greater legal power has been granted to the UN’s mouthful of a scheme, the “International, Impartial and Independent Mechanism (IIIM) to Assist in the Investigation and Prosecution of Those Responsible for the Most Serious Crimes in Syria”.

Although its set-up has been slow – after its announcement in December 2016, it took until July to appoint a head of mission – observers hope that the IIIM will have more teeth than the Commission of Inquiry working alone. It was created because, as Kather from the ECCHR put it, despite the gravity of the crimes, “all avenues were blocked”.

Could Bashar al-Assad himself ever be prosecuted for torture taking place in Syrian prisons? And how much does he know of what is going on?

“He knows everything,” Kather said. “He is at the top of this pyramid [of the Syrian government’s security services], obviously.”

As a current head of state, at present Assad enjoys immunity under international law, and cannot be prosecuted. This does not, however, prevent a federal prosecutor in Germany collecting information on his potential individual criminal responsibility. “The very moment that he’s not head of state anymore,” says Kather. “Then the information is there ready and can be used.”

In an interview in July, Assad dismissed pictures showing clear signs of torture smuggled from Syrian regime prisons as “allegations”. The Syrian president, who consistently portrays himself as up-to-speed with modern technology, asked: “Who verified that they haven’t been edited in Photoshop?”

Those pictures – known as the Caesar photos – have, in fact, been verified scores of times. After their publication, Human Rights Watch said they presented “authentic – and damning – evidence of crimes against humanity in Syria.” 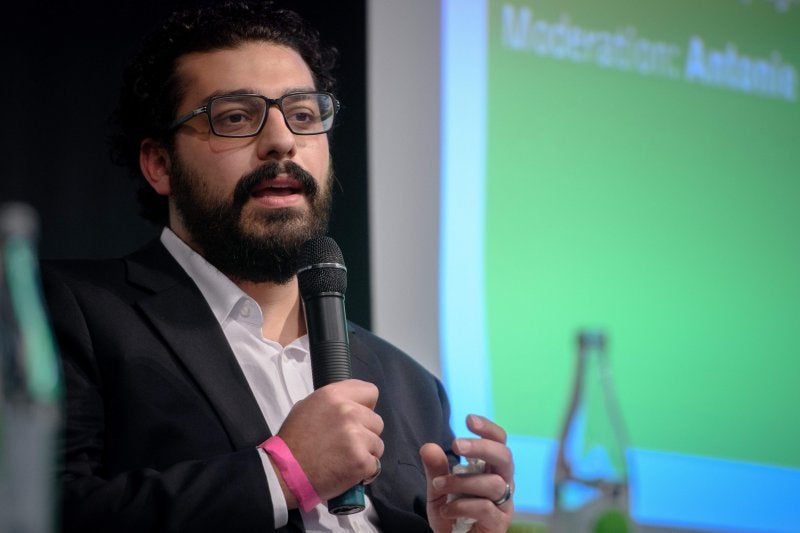 Victim speaking at the ECCHR event on what filing the complaint means for him​. Credit: ECCHR.

UK campaigners are also ensuring that the issues of Syria’s detained and disappeared stay on the British government’s radar.

“The UK government has been making all the right sounds about mass detention, calling for transparency and accountability, primarily from the Assad regime,” James Sadri, The Syria Campaign director, told the New Statesman. “But they could be doing much, much more diplomatically to pressure those who are backing the Assad regime in this programme of mass detention, for example Russia or Iran.”

Omar and Khaled are just two of the tens of thousands of Syrians who have survived torture and detention. Ensuring justice for people like them will be key to long-term stability in Syria. Without more focus on the issue, it is, “utterly fanciful that there will be any form of stability, trust or re-conciliation”, according to Kristyan Benedict from Amnesty.

New avenues are taking shape. But the process is slow, often frustrating.

“I don’t want to raise my expectations, or say that this will make a big change for the other detainees still dying in Syria,” explained Khaled Rawas. “But for the moment, it is what we can do.”