No sooner had JK Rowling’s home address been posted online by activists than the justifications began to roll in. “I’m no fan of doxxing, but…” people said, before explaining why they were, in fact, fans of doxxing – in the proper circumstances, and when the mood hits just right.

In this case, doxxing Rowling – that is, publishing identifying information about her online – was purportedly acceptable because she was never in any real danger from the trans rights activists who went to her house on 20 November to mark Trans Day of Remembrance and posed for photos with protest signs. Her wealth was a cushion. She could hire security, put up a fence, flee with her family to any one of her many other luxurious homes while protesters picketed her doorstep in Edinburgh. Not to mention that the doxxing was hardly doxxing at all, given the location of the author’s home has long been public knowledge. The house is even a popular stop for fans on Harry Potter walking tours.

By the end of the day, the roles of victim and offender had been successfully flipped: if anything was outrageous, many argued, it was that Rowling dared complain about the activists’ tactics in the first place.

Last Friday, my family’s address was posted on Twitter by three activist actors who took pictures of themselves in front of our house, carefully positioning themselves to ensure that our address was visible. 1/8 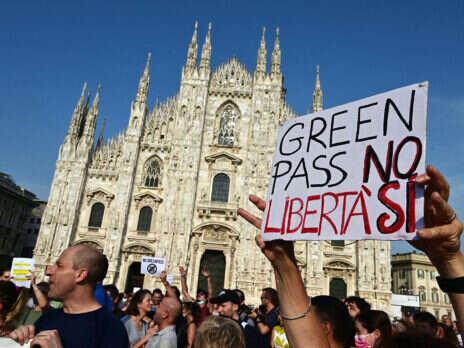 Novak Djokovic and why the world is turning on anti-vaxxers 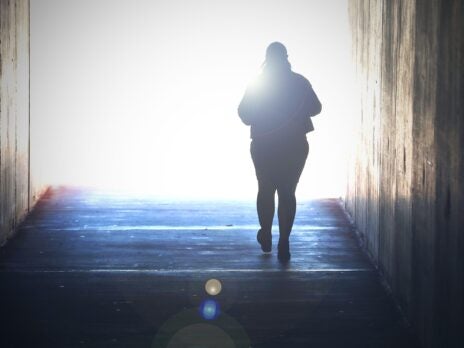 Why assisted dying can be an act of compassion

It’s a fascinating spectacle, watching people convince themselves that a bad thing is good, actually. It’s like watching a group gather around a burning building, horrified at first, then slowly deciding maybe the arsonist had a point. The building was empty. And the owner has insurance. And if he was really so worried about people setting fires, why did he buy a wooden house around the corner from a store that sells matches and propane? While people fixate on the righteousness of this particular fire, at no point does anyone step back to address the broader issue: that nobody wants to live in a world where we express our grievances by setting each other’s homes aflame.

[see also: The battle for Stonewall: the LGBT charity and the UK’s gender wars]

Similarly, the conversation around Rowling’s doxxing overlooked the critical point: that it is natural and human to feel violated by the presence of angry people on your doorstep, and that this violation is not mitigated by money or influence, which is why it’s long been considered a step too far even by the most militant activists.

Public demonstrations rally people to your cause, personal harassment just alienates them. Taking the fight to someone’s home is a transgression of the social contract, irrespective of how much you might disagree on an issue or how convinced you are of the invincibility of your target. A private residence, public restrooms, the restaurant where you eat dinner with your children – even in polarised times, we’ve always deemed certain spaces out of bounds, because this helps preserve the fragile and tenuous trust that allows societies to function smoothly.

Yet that social contract doesn’t bind as it once did. It has eroded in the last few years so that rules became more like guidelines, all of them permitted to be broken if the target is unpopular enough to deserve it or privileged enough not to feel it. It’s not just JK Rowling on the receiving end, her views on women’s sex-based rights having sparked such outrage. American activists have taken to chasing politicians into bathrooms and out of restaurants; a journalist can laughingly doxx a critic with no professional repercussions; an author receiving death threats for her work is dismissed as a drama queen.

What these incidents have in common is that a successful person is serving as a stalking horse for normalising behaviour that was once unacceptable. For JK Rowling, who is essentially “uncancellable” in that people will always buy her books no matter what she does, the idea isn’t to damage her; it’s to shift the focus of the conversation from tactics to targets. Suddenly, you don’t have to argue any more about whether doxxing is OK. You only have to argue that it’s OK this time, for this reason. In this case, that reason is that you’re punching up.

In times of conflict, we’re all familiar with the notion of sacrificing convention for the cause – it is hard to insist on civility in times of war. But this is something else, a “lol-nothing-matters” world in which the stakes are so low that your actions cease to carry any moral weight. Rowling becomes simultaneously something more and something less than human in this scenario, an undefeatable supervillain who can absorb all the abuse you throw at her. When you’re convinced you won’t land a single blow anyway thanks to her protective privilege, what’s the point in exercising restraint?

The answer used to be that brutality is corrosive to the self, to the soul. The rules were there not for your enemy’s sake, but your own – to protect you from becoming the thing you hated. He who fights monsters should take care that he doesn’t become one, and so on, and so monstrous behaviour was taboo. Proving that you were worthy of power meant proving that you wouldn’t abuse it when you won it; you wouldn’t break the social contract around something like doxxing for the same reason you wouldn’t kick a dead body, or stub out a cigarette on the arm of a braindead patient. Just because the guy can’t feel it, doesn’t mean it’s acceptable.

But suppose you never intend to rule. Suppose instead that your identity and the identity of your movement is founded above all in a sense of intractable helplessness, of impotent doom. Suppose you’re sure that no matter how hard you swing you’ll never hit anything but air.

With no power comes no responsibility. We may soon discover how far the norms of the social contract can be eroded: how cruel people can be to an unfeeling target before any sense of conscience kicks in. How many cigarettes they can put out on the arm of a comatose enemy before the smell of burning flesh becomes nauseating.

[see also: It is time to regulate Twitter and other social media platforms as publishers]

Topics in this article: JK Rowling