It would seem indisputable, an absurd understatement in fact, to say that the Covid-19 pandemic has blighted the United States. The virus, which seemed at first an embarrassment for the country’s chief global rival, China, has killed Americans in their hundreds of thousands, repeatedly ravaged the economy, and provided the backdrop for a spectacular, tragicomic pageant of national breakdown.

The West has discovered, in its unwillingness to adopt the central quarantines of Australasia or the hard lockdowns and overt surveillance of China, that the old New Hampshire state motto – “Live free or die” – epitomises the risks of life under liberalism more than anyone imagined.

Still, the failures seemed starker, stupider, more garish and more easily avoidable in the US than elsewhere in the world. From an international perspective, Donald Trump was the central figure of this failure. One would think that a world leader could have resisted the urge to encourage bleach drinking to ward off the virus.

But there was not simply a Republican or Trumpian display of deadly incompetence. There were glaring failures on the part of Democratic-run New York state, whose policy – now reversed – of sending recovering but still contagious Covid patients back into nursing homes has been linked to deadly outbreaks among these vulnerable populations. There was also the case of the vaunted Centers for Disease Control, whose early test kit failed in February last year. 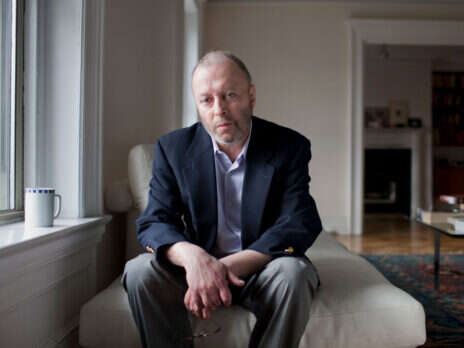 Logistical failures overlapped with political and human ones. In summer protests against police brutality, the US gave itself and the world reason to suppose that its law enforcement was murderous, its cities lawless, and its supposed moral progress on race trivial. Then, as long-awaited national elections approached amid raging contagion, battleground states such as Pennsylvania and North Carolina responded with hurried new mail-in voting protocols. An impaired Postal Service, combined with slow counting and the confusing, uneven legal landscape, provided Trump with an excellent excuse to declare the election null. The images from Washington on 6 January of rioters in faux-fur cloaks and Viking horns parading around the national legislature gave a lurid vision of a nation which had seemingly found that its storied institutions were helpless before a new challenge, and had decided instead to run headlong into its violent decline.

[see also: The storming of the US Capitol by a mob is the logical end to Donald Trump’s presidency]

The actions of the US government – and some of its citizens – have failed to prevent and, in some cases directly caused, mass death, moral crisis, factional intensification, and mounting violence both political and criminal. It may seem strange, therefore, to suggest that the country is ideally poised to meet the demands of a coronavirus world. But so it is – for reasons that chiefly concern the American temperament.

It is unfashionable to talk about national character, which has been replaced in social-scientific and popular discourse with the concept of national identity – similar, but different in important regards. National identity is conscious and often ideological: it is what people believe about their country. National character has to do more with the way people in different countries tend to act and think – and is often a consequence of their political and material institutions.

Historically, when dealing with political problems, Americans tend to convert them into a moral dichotomy and then divide accordingly into two opposed factions, each of which believes the other to be execrable and vile. Sometimes, it now seems to us clear which side was in the right (for example, the North versus the Confederate South in the US Civil War), while at other times the whole issue seems irrelevant (bimetallism vs the gold standard).

This tendency has costs – it contributes to factional conflict and makes most people either continually angry (if they take a side) or confused and afraid (if they do not). But it also has benefits. People are more likely to endure dangers or a lowering of their living conditions or adhere to disagreeable new requirements, such as wearing masks in public, when they think it is morally upright to do so. It also means that new problems are always met with the country’s full attention and new habits are eagerly and sincerely adopted – although sometimes in an overheated and counterproductive way.

This is true of the US’s unique response to the Covid-19 era. Floridian or Kansan anti-maskers and anti-vaxxers are perfectly happy to accept the health risks of their behaviour, to themselves and others, because they think it is right to disobey tyrannical orders. Scrupulous mask-wearers in California or New York, who may not have seen friends or family in nearly a year, accept their isolation and the fact their work has become more boring on Zoom because they think it is right to safeguard public health. In this sense, the two types of American are each perfectly content with the twin risks of the Covid era – death and boredom – and each thinks that the only problem lies with the other group. It fits their social positions, too: the stereotypical coast-dweller has the all-consuming fear of death which the bourgeois in every time and place possesses, while the stereotypical heartland American has the homesteader’s hot temper and willingness to kill or die defending his freedom and his property.

Meanwhile, the credentialed coastal elite, fearful of being dispossessed and in many cases seeing the opportunity in their fields of work narrow, is obliged to adopt ever stricter tests of moral purity. Just as the fear of being judged unworthy compels many who do not honestly believe in them to voice pieties of social justice, so a desire to demonstrate eager acceptance of virus protocols compels some members of this class to do strange things – taking pride, for example, in ordering food via delivery apps rather than going to the supermarket, imagining they are making some selfless contribution towards reducing strain on hospitals when they are merely offloading risk to someone else.

For many of Silicon Valley’s tech workers, leaving their homes or apartments was always something they did only with great trepidation in any case, the world outside being vaguely threatening and the social codes of broader society somewhat mystifying. Now they are glad to stay home, shunning friends, family and community, in the comforting knowledge that what they had always wanted to do – work and play in cyberspace – is now considered not only acceptable but even morally worthy.

One effect of coronavirus has been to accelerate a process of atomisation in the West. “Third places” and community hubs such as bars, restaurants, libraries and churches have been closed. Even offices – the last link to a broader social life for many today – are shut, with Zoom conversations allowing for few of the social pleasures that had previously made work more bearable. Only in the US does this augment rather than corrode a pre-existing reality. The anomie of lonely prairie homesteads during the days of westward expansion has given way to suburban deserts and the grim fortresses that are contemporary American cities. Already before the virus, Postal Service clerks in poor neighbourhoods of Baltimore toiled behind inches-thick panes of bulletproof glass. Cafés in Southern California now serve coffee only from behind masks, visors and hurriedly constructed barriers preventing anyone from entering the establishment. How much has really changed?

Americans have also, at long last, been vindicated in their love affair with the automobile. This perfect US institution – a mobile piece of property which can fit a single individual or a nuclear family, but nothing more – had seemed threatened by the need to cut carbon emissions and the movement of young Americans towards walkable or public transit-dependent cities. But who can blame anyone now for buying a car? Owning one is, after all, necessary for life outside a major US city. It now promises safety from contagion and represents an outlet for the typical American restlessness, which has been aggravated by restrictions on air travel.

[see also: The freedom of driving]

The prevailing tendencies of American society have not been altered but only magnified by the onset of the virus. What better illustration of this current direction is there than the stock market in New York performing reasonably well amid riot, death, and the dying gasps of Tocquevillean civil society – powered on its upward climb by nothing so much as the buoyant stock of Elon Musk’s Tesla, an electric car company.

[see also: Is Tesla a car company, or a casino?]

This article appears in the 10 Feb 2021 issue of the New Statesman, End of the affair