As world leaders prepare for the COP26 climate talks in Glasgow, the prospects for raised ambitions from Australia appear bleak. While Prime Minister Scott Morrison has made some noises about the need to bring down global emissions, many see him at heart as a climate denier – or at best a climate agnostic – and he has stoically refused to follow the leaders of other high-emitting countries in setting a net-zero target. However, behind the scenes, his government is working to come in line with the rest of the world and commit to net-zero emissions by 2050.

Morrison’s only recent measure to cut fossil fuel use – to the fury of French President Emmanuel Macron – has been to tear up a A$90bn contract for French diesel-powered submarines. His government has yet to budge from its 2015 target aimed at reducing emissions by 26-28 per cent below 2005 levels by 2030. This goal is consistent with warming of 4°C above pre-industrial levels – rather than the 1.5°C in the Paris Agreement – if all other countries followed a similar level of ambition, says Climate Action Tracker. And Australia has stubbornly refused to commit to net zero by mid-century.

But the government is putting the finishing touches to a new long-term climate strategy and an updated low-emissions technology statement, and it now seems all but certain those announcements will be accompanied by a 2050 net-zero target. The Morrison government will be well aware that such a pledge “is just the entry fee” for a developed country to participate in the Glasgow talks, says Australia’s former top climate diplomat, Howard Bamsey.

There is also now a cautious hope the government will rethink its 2030 target. A few months back, Tennant Reed, public policy national adviser for the Australian Industry Group, said the new strategy might only be “a consolidated brochure” of existing actions. Now, Reed says, it looks more likely that the government will have “something to say on both 2050 and 2030”. 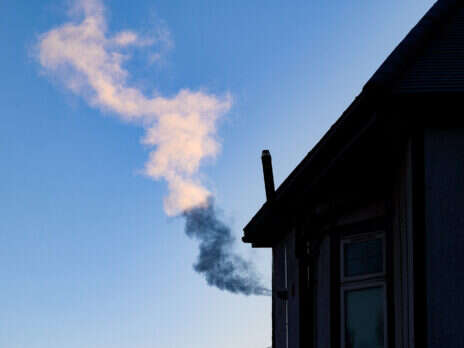 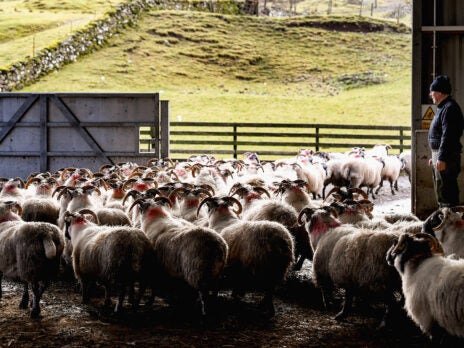 Saudi Arabia is the biggest beneficiary of the war in Ukraine

Key influencers and frequent allies of the Morrison government are preparing to welcome a ratcheting-up of ambition. At the end of September, the Minerals Council strengthened its commitment to net zero, and the Business Council, representing the country’s largest companies, will release a strengthened climate policy very soon. On 29 September, it enthusiastically praised a pledge by the New South Wales state government to achieve a 50 per cent cut in emissions by 2030 – three years after it slammed a push by the federal Labor Party for a 45 per cent cut by the same date, calling it “economy wrecking”. These changes will cushion any criticism from climate deniers in Morrison’s own ruling coalition.

Despite all this, Morrison is still unlikely to turn up in person at COP, preferring to leave climate negotiations to his experts. But the politician who, in 2017, proudly brandished a chunk of coal in parliament, seems to have decided it is now necessary to fall into line on net zero.

Morrison will also be under pressure in Glasgow to re-engage with the task of providing climate change finance to developing countries. In 2018, Morrison said his government wasn’t going to “throw money into some global climate fund” – a reference to the international Green Climate Fund – but other leaders will want to see a different stance this time. Contributing to the fund should be a “no-brainer” for the government, says John Connor, chief executive of the Carbon Market Institute, representing carbon offset providers and large emitters.

At home, Morrison will sell the story that his government’s approach to climate action is the best and safest plan for the economy. Australia plans to host an international clean energy technology summit in the first quarter of next year, which will focus heavily on establishing global supply chains for clean hydrogen and ammonia, as well as critical minerals.

Despite Morrison’s “technology not taxes” rhetoric, the absence of a mandatory carbon price regime means taxpayers will be coughing up to support Morrison’s emissions reduction efforts. His government has said more than A$18bn will be spent on decarbonisation over ten years, although there is scant detail on where and when this will be allocated.

Hydrogen is a top priority for Australia, but Morrison’s predecessor Malcolm Turnbull has warned the country’s expenditure is too low for it to achieve those ambitions. Other priorities include new electricity transmission and energy storage infrastructure, capturing carbon and storing it underground, and support for farmers to protect and restore vegetation.

Morrison’s slowly changing stance on climate change is doubtless partly a reaction to global political pressure, but also changing attitudes at home. Recent polling shows Australians have become increasingly concerned about climate change in 2021, with six in ten people saying “global warming is a serious and pressing problem”, and that the government should be taking steps “even if this involves significant costs”.

[See also: Emissions tracker: How countries compare ahead of COP26]