The UK economy is in deep trouble. The country is facing arguably the worst cost-of-living crisis since the early 1980s, with inflation at a 40-year high and consumer confidence at its lowest level since 1974. Pressure is mounting on the government to support the poorest, who are facing huge rises in energy and food bills just as new tax rises and welfare cuts kick in.

But the government continues to recite the mantra that there is no “magic money tree”. The latest plan is to cut 91,000 civil service jobs to fund tax cuts, a policy that would likely put many people out of work and thus reduce consumer spending just when it is most needed.

[see also: Five ways the government failed to shield the UK from inflation]

But does the government really need money to spend? For a number of years, some economists have been arguing that analogy of the government as a household – ie, an agency that needs income to fund itself – is misleading. Modern Money Theory (MMT), an increasingly prominent school of economics, has gone further and argued that the state creates money when it spends, while taxation and public borrowing remove money from circulation. 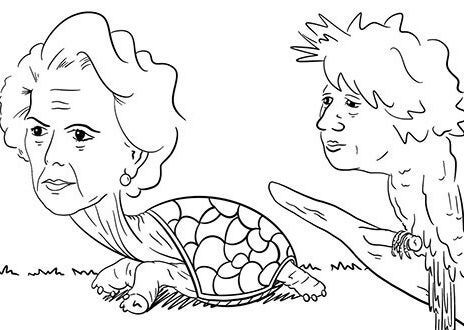 This England: If he could speak to the animals

A new co-authored working paper published by the UCL Institute for Innovation and Public Purpose, involving in-depth analysis of the mechanics of the key institutions involved in UK government spending –  parliament, the Treasury, the Bank of England and the Debt Management Office (among others) – confirms the arguments of MMT economists apply to the UK: the British state always creates new money when it spends.

How does UK government spending work?

All state spending and revenue collection is ultimately initiated though a body, founded in 1787, known as the “Consolidated Fund”. The government has a special account at the Bank of England which can be understood as an overdraft of the Consolidated Fund with no limits and no interest. When the government “spends”, this account is debited and the same amount of new money is credited to government departments by the Bank of England, appearing in their commercial bank accounts as new deposits. The Consolidated Fund account starts every day with a balance of zero, meaning no pre-existing money, raised through taxation or borrowing, is used when the government spends.

Rather than a household, it is more accurate to think of the state as an all-powerful monetary institution. It creates money in a similar way to modern commercial banks. When you request a loan, the bank converts your IOU to the bank into liabilities upon itself that appear as newly created deposits that you can spend. Indeed, all money, including state money, is in essence a relationship of credit and debt.

The crucial difference is that while a commercial bank has a choice about whether to grant you a loan, the Bank of England has no such freedom: it is required to credit government accounts whenever parliament activates spending and increases its IOUs in the Consolidated Fund. This is mandated in a law that goes back to 1866. Parliament’s money-creating power is thus sovereign.

Another important difference is that government spending creates new money for the private sector without simultaneously creating a new private sector debt, as is the case with commercial bank lending. Instead, the interest-free public debt that is created is owed to the publicly owned Bank of England, meaning the state effectively owes it to itself. Given the UK’s high levels of corporate debt following the pandemic – which makes the private sector more vulnerable to an economic shock – increased government spending to support businesses and the wider economy may make more sense for financial stability than additional corporate borrowing.

The role of taxation and borrowing

They key role of taxation is not funding the government but ensuring the government’s IOUs are accepted by both the central bank and the private sector. In this sense, taxation is still vital to spending since it is this right to tax, and the powerful claim this creates on the country’s resources, that makes the government’s IOUs the most creditworthy in society. The reason sterling is the dominant currency – and is unlikely to be usurped by, for example, cryptocurrencies – is that we are obliged by law to get hold of it to pay our taxes. Countries that struggle to tax their populations effectively tend to have weaker currencies because there is less demand for the domestic currency.

The money created by commercial banks is also implicitly underpinned by government debt because the state guarantees the first £85,000 worth of them in your bank account. The state also has the power, as we have seen, to bail out any bank whose collapse threatens to destabilise the economy.

Finally, what is the role of government borrowing? As with taxation, the government does not need to borrow to spend. Prior to the programme of quantitative easing (QE) that began in 2009, bond issuance could be seen as primarily supporting monetary policy. Government spending creates new money and liquidity (reserves) in the banking system, which can affect the central bank’s target interest rate. By issuing bonds, the state withdraws liquidity from the banking system, neutralising this impact. Indeed, the Debt Management Office has in place a “full-funding” rule, which means that any outstanding balances in the Consolidated Fund are cancelled out by debt issuance or selling bonds in to financial markets.

[see also: David Blanchflower: the UK is sleepwalking into recession]

However, quantitative easing (QE) has flooded the banking system with liquidity (with £867bn of bonds purchased to date). This led the Bank of England to pay interest on money held by banks to help target the interest rate effectively, and made changes in government spending less important to monetary policy.

Today, the main function of government debt is to provide the non-bank financial sector with a secure store of value and source of collateral, since government debt instruments are the most desirable, safest interest-bearing assets available, due to the state’s inherent creditworthiness.

There is no obvious relationship between this store-of-value function and the government’s spending and taxing activities. Therefore, it is unclear why the “full-funding” rule continues to link them by matching debt issuance pound-for-pound with outstanding balances in the government’s budget.

What are the implications?

The findings of our paper should – in a rational world – end the state-household analogy. The mechanics of the UK spending process demonstrate, beyond doubt, that government spending is not dependent on raising taxes or its ability to borrow on financial markets. Fiscal policy and debt management strategy should be reformed to focus on how the government can best achieve policy goals, such as reducing economic inequalities, maintaining full employment and supporting the green transition.

The main constraint on public spending should be whether the economy has the productive resources and capacity to absorb such spending without it leading to excessive price rises.  For example, what types of spending could absorb labour in under-employed poorer areas of the country, rather than pushing up wages in areas where the population is already fully and productively employed?

As recent events have demonstrated, the causes of inflation can have very little do with government expenditure and a lot to do with global dynamics beyond government control. Nevertheless, more effort should be dedicated to analysing the various inflationary and deflationary impacts of policy spending proposals in order to assess the need for relevant offsetting measures, and less to concerns over “debt sustainability” and deficits.

[see also: The Tories are trying to blame the Bank of England for our economic crisis]

At the present juncture, a rational fiscal policy would be focused on providing greater financial support to those suffering most from the cost-of-living crisis. In the short term, this could involve an immediate uplift in welfare benefits for the unemployed and poorly paid; in the medium term it should involve a nationwide home retrofitting programme that could cut fuel bills, create well-paid jobs and reduce carbon emissions. It could be matched by heavier taxes on the wealthy and on the energy companies and tech firms that have benefited most from Covid-19 and the energy crisis in order to help contain inflationary pressures by shrinking the money supply. But let’s be clear: the reason for raising such taxes would not be to fund the government to support lower-income households.

Understanding the mechanics of government spending should also prompt a rethink of worries about the independence of the central bank from fiscal policy. A frequently raised concern during both the financial crisis and Covid-19 crises has been that the Bank of England is monetising the government’s debt. In fact, the Bank is completely powerless to stop the government and parliament creating money whenever it so wishes. This is not to say other criticisms of QE – such as its impact on inflating asset prices – are not merited. But the concerns over a return to a dangerously inflationary regime of “fiscal dominance” are misplaced, and instead the government’s role at the very heart of the monetary system should be more widely recognised.

Ultimately, then, from an institutional and economic perspective, there is a magic money tree. But it should be understood as a sovereign money tree, sown and harvested by parliamentary legislation that compels the banking system to produce new money upon demand. The true limits on the government’s spending power are the productive capacity of the UK economy, the political will of government, and the consent of parliament. Let’s hope this better understanding will lead to better policies.