Life is full of little rituals. There is a certain order in which you have to dip the fish – first into the flour so it sticks to the batter, then in the batter, then gently, gently into the oil – before pressing the green button and frying it for seven minutes. Some rituals, like this, are designed so we don’t poison the customers. Others are a result of our broken brains.

As a 17-year-old recovering anorexic working in a fish and chip shop, I had a favourite ritual. Every evening the owner would pack me a box, sometimes two or three, of leftover food that didn’t sell. I would take it home, rip off a corner of fish, a quarter of a battered sausage, put six or seven chips onto a plate, and sit down to watch Channel 4’s Supersize vs Superskinny.

Fronted by dimple-chinned Dr Christian Jessen, from 2008 to 2014 the show documented overweight and underweight people trying to change their bodies.

There were a number of tropes in each episode. First, each contestant’s weekly food intake would come slopping down a giant plastic tube: the universal unit doctors use to measure whether your diet is good or bad. 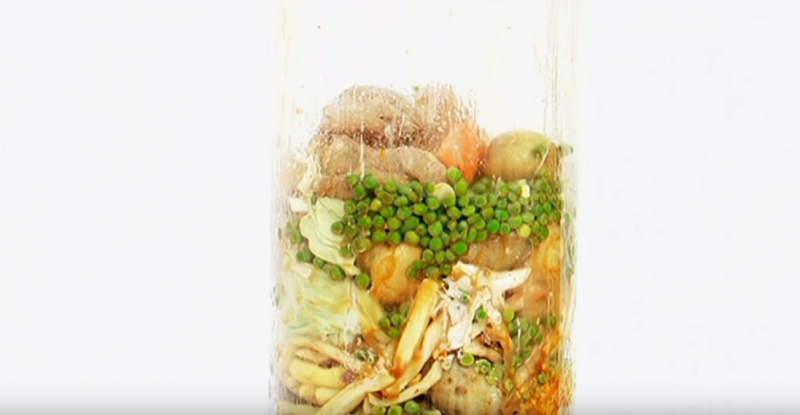 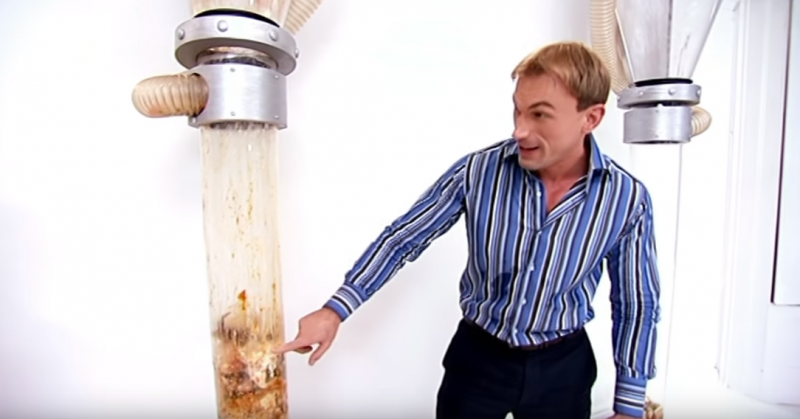 Nearly always, the contestants would be shown grotesque pictures of what their body would look like if they didn’t change their ways, alongside other much-loved Noughties shock tactics as “look at all these bags of sugar – they’re in you!”

For three series, journalist Anna Richardson presented a short segment where she would try to lose weight via fad diets and also interviewed women with eating disorders.

But the main part of the show, the part everyone watched for, was the diet swap. For a week, the fondly-nicknamed “supersize” and the “superskinny” would exchange diets so we could gawp as a thin person tried to force down a pizza, nuggets and chips, and laugh as a fat person was asked to survive the whole day on a single cereal bar. 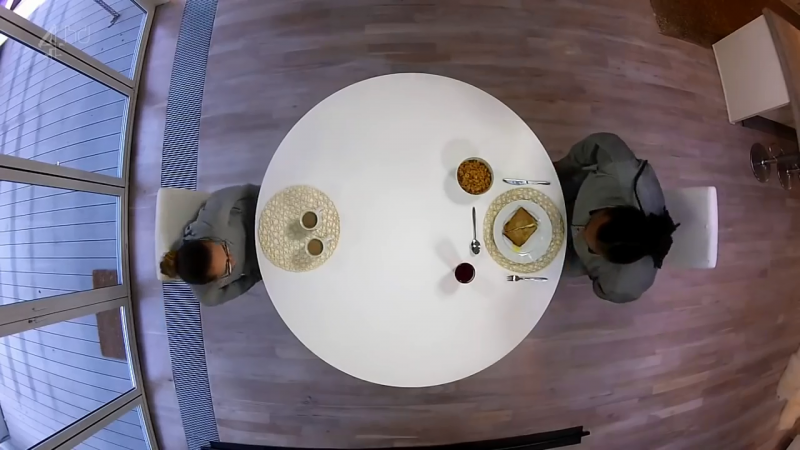 Why, as a recovering anorexic, did I love to eat junk food while watching the show? It’s hard to recall, exactly, but I think I enjoyed (as many with eating disorders do) the sense of control I got from limiting my food intake in front of those who wouldn’t or couldn’t – when watching, I could feel a smug sense of moral superiority.

It also dissuaded me, after my six chips, from going downstairs to eat more from the overflowing containers on the kitchen counter top.

It always comes as a surprise when our rituals are not our own.

“I usually watch it when I’m doing exercises or feel bad if I ate too much,” says Sofía, a 16-year-old recovering anorexic who was diagnosed at 14. Three years ago, Sofía started watching the show on YouTube, where most episodes now (illegally) live.

The teenager explains that she compares her body, food intake, and BMI with the show’s superskinnies (according to guidelines issued by eating disorder charity Beat, the media should refrain from showing severely emaciated bodies, as the show frequently did).

“I know that’s super toxic and triggering,” Sofía admits of her time watching the show. “It used to make me want to eat less.”

Sofía isn’t alone. She knows another eating disorder sufferer who watches the show while making meal plans, and the show’s legacy on YouTube means it’s found a new, younger fandom.

It is so popular in the online eating disorder community that one Twitter user recently wrote: “Am I the only person who isn’t anorexic and watches Supersize vs Superskinny? I feel alone”.

Lou is 20 years old and has watched the show for seven years. “I’ve always been heavier and tried to lose weight, but whenever I was sad, I’d find myself eating again. And then I’d hate myself the next morning,” she says of her body image issues.

“It makes me feel bad because I’m afraid I’ll end up really fat,” she says of the show. “I compare myself with the really skinny blonde pretty girls and I know they’re unhealthy, but I would love to be more like them.”

“When I see someone skinny being skinny by just drinking green tea then I’m like: ‘Woah, I could try that’,” she says. “But that’s only someone with my mindset. I feel like a ‘healthy’ person would never get any of those ideas.”

Lou is right that Supersize vs Superskinny can’t cause someone to have an eating disorder – Beat’s director of external affairs, Tom Quinn, says they are “serious mental illnesses caused by a combination of someone’s genes and factors in their life that act as triggers.”

However, Quinn notes that the show’s idealisation of thinness, alongside its fat-shaming, can be problematic.

“Eating disorders should not be trivialised. We urge the makers of TV series to consider the impact their portrayals and their marketing have on vulnerable people,” he says.

The most-cited study in this area, undertaken in the 1990s, found that after television was introduced to Fiji in 1995, the number of eating disorder sufferers in the country soared.

In 2012, Supersize vs Superskinny was branded “triggering” by experts who said this type of TV was “deadly, not entertainment”.

Yet now it lives online, no one is monitoring its impact.

Dr Christian Jessen recently tweeted a critique of modern TV, noting: “More than half of 18 to 34-year-olds feel that reality TV and social media have a negative effect on how they see their bodies. Having glimpsed Love Island I can’t say I’m surprised!”

He should, perhaps, glimpse his own show.

Anyone worried about their own health or that of someone they know can contact Beat’s Helpline 365 days a year, by phone, email, anonymous one-to-one webchat or social media messaging.